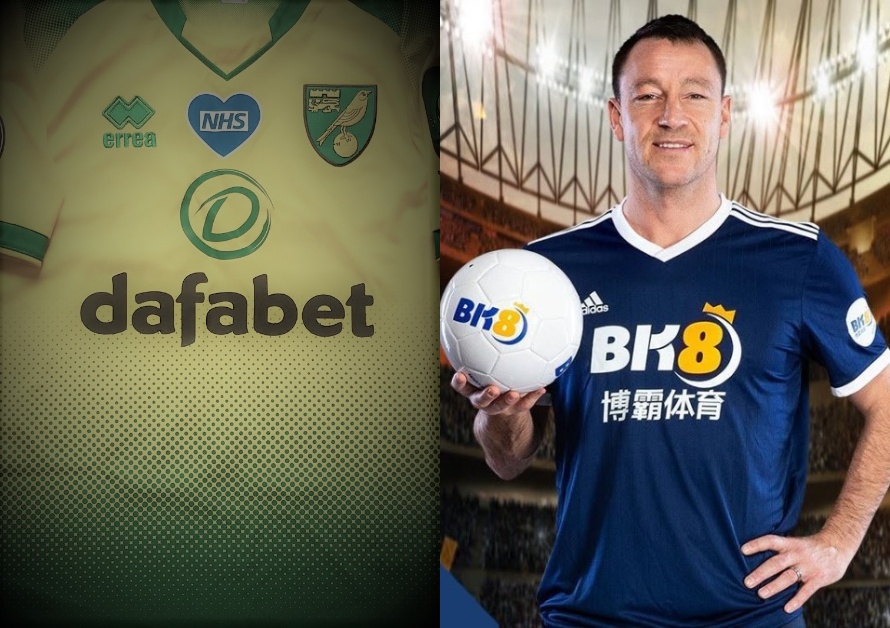 Norwich City have distanced themselves from inappropriate social media content by new shirt sponsors BK8, claiming that “these posts do not align with Norwich City values” amid calls for the deal to be cancelled on the day of its inception.

There seems, however, to be no plan on the club’s part to take any further action.

A club official told MyFootballWriter that the club were unaware of the offensive content until fans brought it to their attention shortly after the deal was announced, prompting the promise that the club would be “reviewing its due diligence process.”

In response to the controversy a club spokesman said: “Norwich City are aware of a series of marketing posts across the social media accounts of our new principal partners, BK8.

“The club worked swiftly with BK8 to remove the posts following the announcement of the new partnership. These posts and marketing do not align with the wider Norwich City vision and values and we will be reviewing our due diligence process going forward.”

BK8 released a statement saying: “Following concerns and issues raised by Norwich City Football Club and its supporters following our announcement this morning, BK8 would like to wholeheartedly apologise for any offence caused by our historical marketing.

“We accept that this form of marketing isn’t befitting of a Premier League partnership. We have immediately removed all marketing material of this nature and will conduct a review of our marketing strategy moving forward.”

Recent club gambling sponsorships, which will have been in place for a total five years by the end of the 2021/22 season, continue to divide fans as they weigh up the ethical dilemma with the increased budget provided.

MyFootballWriter understands that BK8 offered millions of pounds more than any other bidder. Chief Operating Officer Ben Kensell has repeatedly highlighted the increased revenue gambling sponsorship provides, stating that the club’s highest bidders have, as in this case, repeatedly been betting firms.

Kensell, speaking to the club website following the announcement of the BK8 deal, said: “The [gambling and online gaming] industry continues to provide a valuable source of revenue to the club that makes a meaningful difference to our wider objectives as a club.”

He did, however, highlight that “both the club and BK8 are committed to supporting the ongoing review into betting and sports sponsorship.

“The club continues to adhere to both an internal code of conduct, as well as the policies and guidelines put in place by the Betting & Gaming Council.”

Also worth noting is the fact that City and BK8 have teamed up for one year only, perhaps hinting at caution over potential new regulations that could ban gambling sponsorship in sport after the review.

It is as yet undecided whether City’s women’s team will be sponsored by BK8.

News of issues with the new sponsors took yesterday morning from bad to worse for Canaries fans, who had already been hit with the news that a deal had been agreed on the sale of Emi Buendia to Aston Villa, with a medical on Wednesday set to push the deal over the line officially.

After a difficult start to an important summer, attentions turn to making amends for Stuart Webber and co, Buendia’s sale boosting hopes for a summer of strong investment while fans demand an explanation of the scandal that’s ensued from City’s recent announcement.