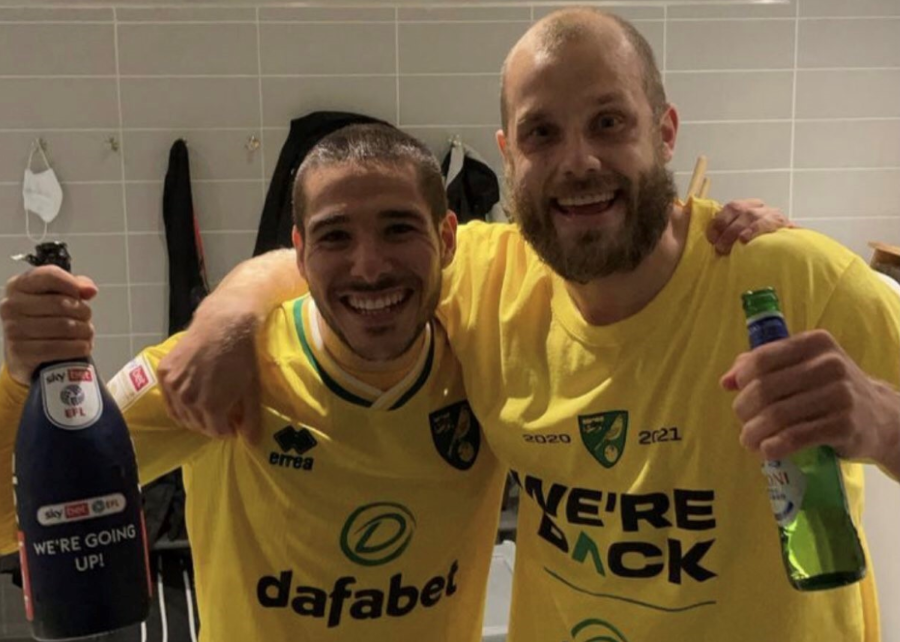 It’s guest blog time again, and it’s the return of Anna Say who takes a look at what the pending Emi transfer says about where we are as a club, and if that needs to change…

As I sit here reeling from the news that Norwich have sold one of the best players fans have seen at Carrow Road in recent history, I’m left wondering where does that leave us now?

I will be honest and say I am getting tired of Norwich being a stepping stone club that players use to get elsewhere. Why does it seem like such an unrealistic dream to hope that one day we become the destination instead of just a step along the way?

The fans have been conditioned to believe that Norwich cannot keep a player of a certain quality. Well meaning fans will say ‘oh he’s too good for us’ and ‘he will go to a top club’ or, the one that really frustrates me, ‘we’re holding him back if he stays here’.

It is an attitude I have never and will never understand and that is in no way their fault. The blame for that attitude must lie with the club. They have created this restrictive belief that has placed a firm marker on how far Norwich can go, leaving us with little to no hope of going any further.

At the moment it seems as though the Club’s ambitions lie no higher than simply being financially stable and while, yes, that is important, I want to look higher than that. I long for the day when Norwich become established in the Premier League and start looking up instead of down. But will that day ever come? How can it when the moment a player reaches a certain level they are straight out of the door?

I am told that I just have to be realistic because it’s who we are. Time and time again I am made to feel like I am in the wrong for wanting more than this.

The club in recent years has prided itself on the fact that it has an open relationship with the fans, saying they will be honest as long as the fans know that sometimes they will have to take the bad with the good.

This could be a good time to stand up have some accountability and explain the decision.

The fans know that every player has their price and that in this day and age players do not stay still for very long, however when it is the best player at a club it suddenly becomes a lot harder to take. A little communication now would go a long way and stop fans from feeling like the club has shot itself in the foot before they have even kicked a ball.

Selling such an important player feels unnecessary. The pressure that this team and Webber will have on their shoulders will be like nothing they have experienced. Success becomes more of a need than a hope because if Norwich fail then fans will look on the Buendia sale as the deciding factor, regardless of whether it truly impacted it or not.

Our Premier League campaign this time round was always going to carry more weight. Last time the club claimed inexperience and they could get away with using naivety as an excuse. The players they brought in were some of the biggest failures fans had seen for years – a failed risk because of lack of funds – but now they have the experience and the money behind them, so they can no longer hide behind excuses,

Keeping a newly promoted team in the Premier League is an understandably difficult job for anyone, let alone a self-funded club, but selling the best player who most fans and non-fans alike believed was the key to staying up has already made that job significantly harder.

But the club has faced bigger challenges than this and just about come through them unscathed. Maybe this is just another challenge to overcome.

Football is forever changing, and we must change with it. I only hope this will finally be the time that Norwich will also grow as well as change. If the sale of Buendia means bigger and better things for the wider team then it will be understandable, but this is a big if.

It feels like a monumental risk, but we can only wait and see whether it was a risk worth taking.

The decision is not one that Stuart Webber would have taken lightly surely, knowing that every move he makes after this will be heavily scrutinised. While the club may never find a Buendia replacement it leaves room for new favourites and new characters to fill the void. I only hope they can be kept a little longer this time.

Moving forward, the club now needs a clear sign of intent. It is incredibly important as it sets a precedent and can be a clear sign to the fans and the outside footballing world of how much belief they have in themselves and how they will approach the season.

The message needs to be that this time around Norwich refuse to be the weak link. Selling Buendia does not seem like a great start, but all fans can do is wait to see what is waiting for them in the rest of the transfer window. Surely it goes up from here?

My desire for more will never change, however, the rational part of my head tells me that fans must try to look forward and wait before casting judgment.

Since Webber took over, he is yet to sell a player to the detriment of the team, and something tells me he is not ready to start doing that now.

A huge transfer window awaits. With twelve weeks and a good amount of money, Webber has a chance to soften the blow; to strengthen the team, and to potentially get us to the point where we might one day be able to say ‘Emi who?’