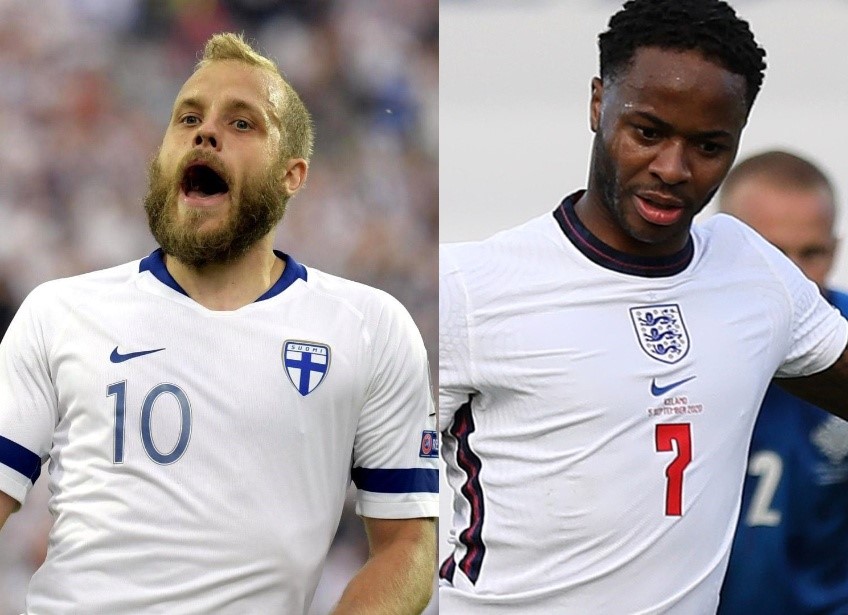 My relationship with the Euros has always been pretty much an open one, as in I can’t get too carried away with England and if I choose to pass on Austria v North Macedonia and a few similar matches, that’s because dogs need walking, cars need washing and gardens need watering.

I was reminded the Euros were up and running the morning after Italy’s stroll against Turkey, which was so one-way it was like watching us against 1p5wich [as if

I got an email from the Club asking if I’d like discount on a *Pukki 10* shirt from the official source.

Now that Finland top is well cool, so I thought I’d take a look. £110 after discount? I made a quicker pass than one from Todd to Teemu I’m afraid. No ta.

I also read that Holland are not releasing their official goalkeeper tops for general sale so there’ll be no souvenirs of Euro 20/21 for me. I promise I won’t make any further mention of merch and marketing. I’m sure we’ve all had enough of that over the last week.

From a Norwich City point of view we have the Fantastic Four of Grant Hanley [Scotland], Pepe Placheta [Poland], Tim Krul [Holland] and last but not least Teemu Pukki strutting his stuff for his beloved Finland, who beat Denmark 1-0 in probably the most emotional match I have ever followed on Saturday evening.***

I also discovered that the term Huuhkajat, as in Eagle Owls, originates from a time when such a bird twice perched on the crossbar minutes before Finland scored a brace of goals in an important match. Eat your heart out Jonny Howson, your pigeon would only serve as the main course for an eagle owl!

While I’m not particularly into international football in a big way, I’m still going to keep up with the tournament. My predictions are normally guaranteed to be inaccurate but in this case I’ll confidently stick my neck out and say that none of our fantastic four will be lifting a trophy or collecting any medals. Even you Tim, I don’t see the Oranje triumphing.

As for England it would be rude of me not to point out a couple of observations from the 1-0 win over Croatia, a game which didn’t really grab me by the throat but then England matches rarely do.

With Spurs as my second side it was good on a personal level to see that Luka Modric has still got it, albeit at a slightly slower pace than when he was in his prime.

Then there was Harry Kane, ex of this Canary parish and just about still at that club in N17 as I write. If you had to judge him on this game alone would you really offer £150 million to Daniel Levy for him? I wouldn’t even if I were Sheikh Mansoor and had some small change that was annoying my jeans pockets.

Man of the match? Kalvin Phillips without a doubt closely followed by Tyrone Mings, despite his origins and the club he currently plays for. No room for sour grapes at international level of course. An honourable mention for Raheem Sterling MBE too of course.

From what little I’ve seen Italy and Belgium look good, France are likely to be incredibly strong and never, ever write off Germany. For me it’s got to be one of those four. I also got a great commentary laugh on Saturday afternoon, obviously not from Robbie Savage, as in: *Switzerland have a corner and Wales are having kittens*. Nice one Steve!

The dogs had never heard the national anthem before but quickly howled along once the sixth note kicked in. I’ll remember to turn the volume to zero before the Scotland game to spare our Hungarian City neighbours a repeat – Zoltan is simply amazed the Magyars have even qualified and is dreading how he expects them to perform, so I guess I’d better not antagonise him any further.

*** Gary said all that needed to be said about the Christian Eriksen incident yesterday, so all I will do is endorse everything he said on the matter and add my own best wishes to Christian for a full and speedy recovery.