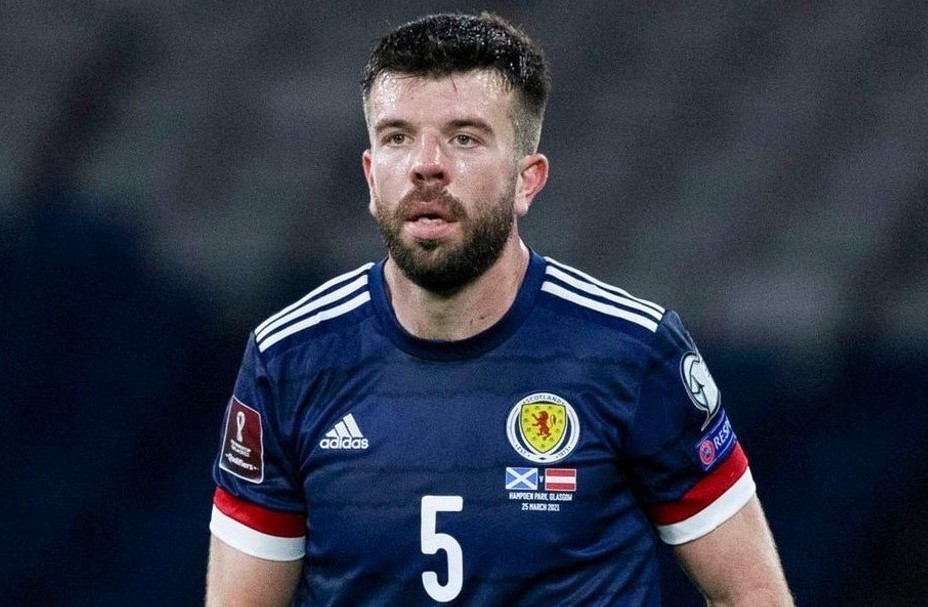 I know I wasn’t the only City fan left feeling a little conflicted on Friday night. As an Englishman, of course I want to see my country win – in any sport, not just football – but when one of our own is being tasked from stopping that from happening, it makes it tricky.

It’s made even trickier when said local hero is fresh off the back of an heroic Championship winning season, in which he led from the front in every sense and was, in fact, the one who lifted the trophy.

So forgive me if, amid the disappointment of a turgid England performance, I felt a massive surge of pride in watching a made-in-Norwich performance from the bloke tasked with keeping England’s finest at bay.

That Grant Hanley did it rather well while playing in the centre of a back-three, beside two young men, neither of whom are bona-fide centre-backs, made his performance all the more remarkable.

Kieran Tierney and Scott McTominay are both clearly excellent players who play week in, week out at big clubs, but in their respective day jobs, Tierney is a traditional left-back and McTominay a central-midfielder.

In fairness, both players have played as ‘outside’ centre-backs before under Steve Clarke as he struggles to accommodate both Tierney and Andy Roberton in the same team, but I’m not sure if they have done so with Hanley as the glue that keeps them together and in shape.

Either way, I’m pretty sure Clarke will be using that combination again; probably on Tuesday evening.

It wasn’t just the Braveheart spirit that made Hanley stand out as a colossus at the heart of that Scotland defence though, even if there was plenty of that. It was also his ability as a footballer, amid the chaos, to pick out the right pass at the right time, to know when to launch it into row Z, to know to maintain the optimum distances between himself, Kierney and McTominay, and to organize and galvanize those in front of him.

That he did each and every one of those things magnificently is of course down to the player himself and his strength of character, but also huge credit has to go to Daniel Farke and his coaching team for transforming Hanley into a footballer.

He arrived at Colney as a stopper, but he’s now so much more.

Grant will never get the credit he really deserves though – one glance at him from your average tabloid hack or TV expert and he’s immediately deemed a slow, cumbersome, ‘puts his head and foot in’ type centre-back. And they’ll all be wrong.

Even on Friday night, as Graeme Souness frothed with ITV Sport’s finest over a stirring (but goalless) Scottish performance, the talk centred around the impressive Billy Gilmour and the tireless running of (the goalless) Che Adams, with barely a mention of the Hanley heroics.

Even the need to extricate Harry Kane from Hanley’s pocket in order for him to be substituted failed to warrant a mention, as did Grant matching and then beating Marcus Rashford in a foot race late on in the game.

But it matters not. Not really. We know how good he is and besides, it’s good preparation for next season when we return to our role as unwelcome guests at that posh party, where the hosts do their best to ignore us in the hope that we may just go away.

What Friday night also did though, no doubt, was to offer some food for thought for Team Farke with regard to next season. If the opportunity of playing a back-three presents itself, then Hanley straddled by Ben Gibson on the left and A N Other on the right looks to have potential, providing the structure elsewhere still permits the right numbers in the right areas.

Daniel will have made note. We can be sure of that.

Elsewhere in Canary World, it’s been another week of departures, with Ben Kensell apparently not falling on his BK8 branded sword but instead deciding of his own volition to depart for new footballing challenges, while the club’s chief scout Chris Jones is also leaving for pastures greener – in his case the rolling hills and hanging gardens of Croydon.

To compound it all, City’s current head of recruitment, Kieran Scott, is reportedly a target of Middlesbrough as they search for a sporting director – the very same role for which it’s been rumoured he’s being primed at City for when Stuart Webber finally depart stage left. That particular story surfaced in The S*n, so best to proceed with caution on that one for now, but it is clear that it’s not only our players who are on the radar of others.

For some, this is a sign that all is not well behind the scenes but, for now, I’m content to see this as part of the circle of footballing life, in particular at a club that is currently doing things the right way.

I suggest we all just stay calm and try to enjoy the Euros. Fifty-five days is plenty of time for Webber to weave some of his magic.

In these difficult and trying times, MFW too struggles. Generating income streams through ad revenue is a challenge across the globe and we have taken our own hit.