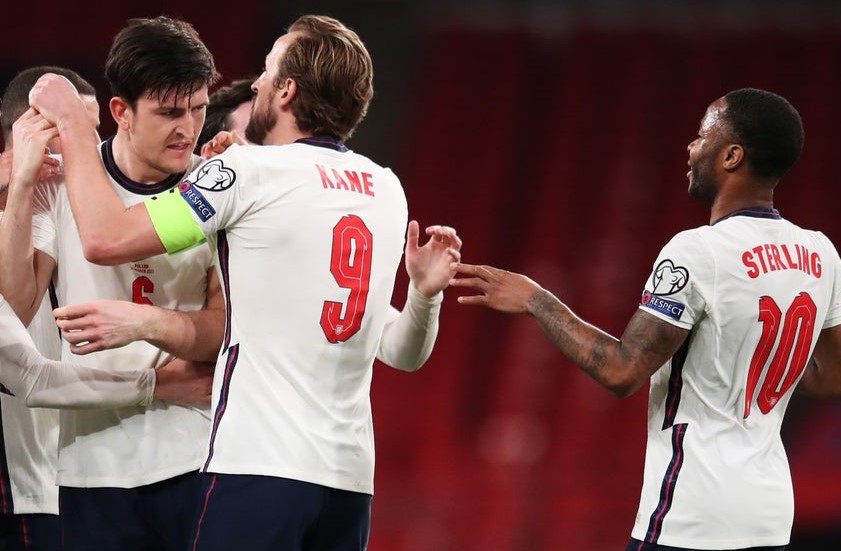 I mean, technically I’m here to talk bout Norwich City, but it’s not often that England win a knockout game at a major tournament, let alone produce a 4-0 whooping to qualify for a semi-final that just happens to be at Wembley.

So, sorry if you’re here to hear about any potential signings as the Colney fitness tests loom. I have nothing. At the moment. In the week maybe.

For now though, the English among us – apologies to Canaries of other borders – should make hay. The feel-good factor that emanated through every single one of last night’s 90 minutes was something to behold and was a feeling so so rare.

The first major tournament I can remember was the World Cup of 1974 in West Germany. It was wonderful and was the first time I’d really understood that players of other countries played the game differently from the up-and-at-em style that I’d naively assumed was the only way. Ron Saunders was the City manager at that time, remember.

It was the tournament when the Dutch unleashed ‘Total Football’ on the world and saw the premiere of the Cruyff turn. What an amazing team they were.

Scotland were also there, albeit they did that Scottish thing of crashing out disappointingly at the group stage. But at least they were there. England were not. After winning the World Cup eight years earlier they’d done what was to become ‘an England’ and had royally screwed up.

I can also recall watching ITV in black and white on the evening of 17 October 1973, when a win for England over Poland would have secured their place in said World Cup. Instead, they conspired to draw 1-1, courtesy of a mistake from Norman Hunter and a piece of pathetic goalkeeping from Peter Shilton.

I was just old enough to be heartbroken, but didn’t realise at the time it was my first proper lesson in the lifelong school of England-will-break-your-heart.

To watch all of these brilliant players go up against other brilliant players from other continents and cultures was literally awesome but the absence of my own country meant it was something to be admired from a distance without too much emotional toil.

England had screwed up qualification again for the 1978 tournament when Argentina were hosts – another amazing spectacle bereft of any personal investment – although I do oddly remember throwing my weight behind Scotland’s second consecutive failure to make it beyond the group stages.

I was however at Wembley in November 1981 to watch Paul Mariner – he of that lot down the road – score the only goal in a 1-0 win vs Hungary that took us to Spain 1982.

It was the first of many tournaments where expectation massively outweighed achievement – a recurring theme that would run for decades.

There have been moments of course – Euro ’96 a particularly spectacular near-miss – but having missed out on tickets for that semi-final vs Germany (having been to the Netherlands and Spain games), my biggest England-related heartbreak was saved for two years later when England lost on penalties to Argentina in St Etienne in France ’98.

Don’t ask how or where, but myself and two Ipswich-supporting (!) mates purloined three tickets for said round-of-16 tie, having spent a fortnight in the South of France to soak up the atmosphere and take in some games. So I was there when Michael Owen scored that goal, when Beckham flicked out at Simeone and when Batty missed that penalty.

And so of all the heartbreaks, let downs and years of hurt, on a personal level, that one smarted the most. It still does.

But the golden thread that ran through all the disappointments, including the years of the not-so-Golden Generation, was that from a technical perspective, especially when up against the elite teams, England always came up short.

Our best technicians were never quite as good as their best technicians, and however hard we tried to convince ourselves otherwise, bar the odd exception, generally we relied on being a bit faster, a bit stronger, and being able to play at an ‘English tempo’. I was still of this belief in the 2018 World Cup, semi-final et al.

But while this could all still go t*ts up against Denmark or (maybe) in the final against Italy or Spain, I don’t think that anymore.

This current group has technical players who are as good as those opponents I would once gaze upon in awe. And this team doesn’t rely on those values once considered ‘English’; instead, it relies on being able to match and, hopefully, better its opponents with skill and flair without compromising the soundness of the defence.

And it’s a team constructed in the mould of its maker. Gareth Southgate is a pragmatist, not a dreamer, and for all the brickbats that have been hurled his way, has stood firm in his footballing beliefs. He has assembled a group who understand perfectly the way he wants them to play but also how he expected them to behave and conduct themselves.

The result is a squad more likeable than any of those that have gone before; a group of young men who represent everything their manager stands for and who stand shoulder to shoulder even when there are some loud, shouty voices trying to divide them.

Southgate may have his tactical limitations, but he also has a team with a structure, a sound defence, some outstanding attacking talent, some genuine squad depth, all of which is peaking at the right time.

Those efficient but unspectacular performances in the group stages are now looking like the prelude to a more, confident, bullish knockout phase, and there was a swagger evident in last night’s second half that is rarely seen from an England team.

Quite where this ends, nobody knows but at a time when this nation desperately needs unity and saving from hate and division, Southgate and his men have done a wonderful thing.

I’m loath to say it’s coming home, but who am I to disagree with Messrs Lineker, Shearer, Lampard and Ferdinand.