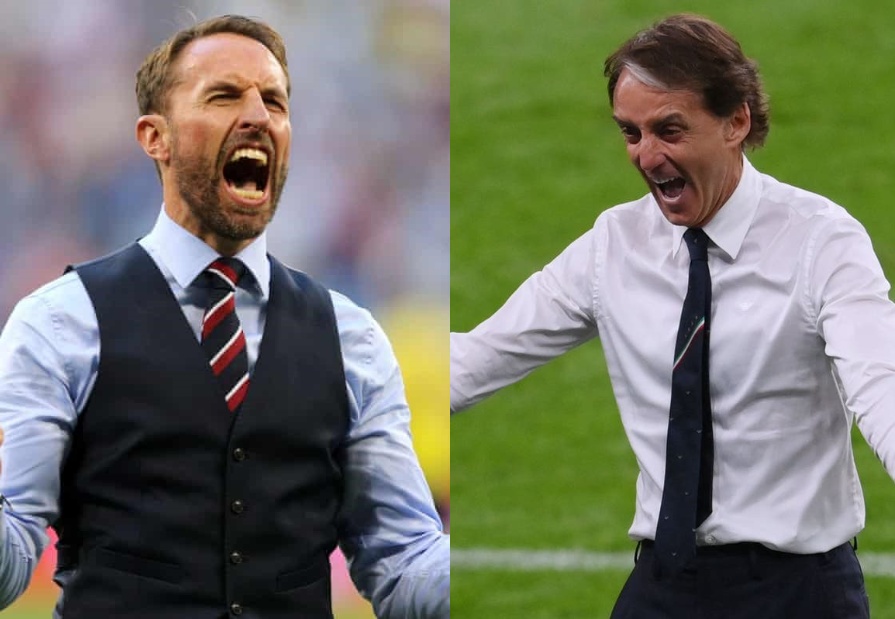 I hadn’t anticipated giving the Euros anything more than a light touch on the pages of MyFootballWriter, but then again I hadn’t anticipated England getting to the final. So, given that England appearing in the final of a major tournament is a once-in-a-lifetime moment, I couldn’t let the moment pass.

With Italy being England’s opponents and this being a Norwich City website, there was only one place to turn for a knowledgable and anything-but-impartial take on who those who stand between Southgate’s men and Euro glory.

I give you City fan and tweeter extraordinaire, Ian Gabelli.

So, it doesn’t get much more Italian than ‘Gabelli’. Born there, Ian, or family origins?

So, Gabelli is my mother’s family name. It’s not the surname I was born with, but after my parents divorce I took on the name Gabelli, I’ve always felt a stronger bond and closeness to my Italian family than I ever did with the English side (who I don’t even see anymore).

Parma. My family over there live in a very rural part of Italy called Varsi, which is only a short drive to Parma, and their colours are mainly yellow, so win win really

So… the Euros. Did you see your boys going all the way? Given that massive unbeaten run they’d been on prior to this tournament (and all those clean sheets!), was a place in the final the least you expected?

I wouldn’t say I expected us to reach the final, but I was surprised at how little Italy got talked about prior to the competition starting. The squad is good but, as always, togetherness is the real key component.

Mancini has done a bloody brilliant job, especially when you consider they missed out on the 2018 World Cup. Am guessing he’s revered in Italy in the same way that Southgate is here? (albeit Gareth’s current status has been a bit of a slow-burner!)

Oh, Mancini is lauded out in Italy alright, and rightly so. What he’s done with this squad in that relatively short space of time is nothing short of incredible.

Mancini’s backroom team… quite a stylish bunch aren’t they! Am fascinated by the bloke with the laptop and the thick-rimmed glasses. Scary as hell … if he pointed to something on a laptop screen and told me to do it, I’d bloody do it!

So Chiellini and Bonucci have a combined age of 357 but they hardly ever get caught for pace! How does that work? And how many times do we think Sam Matterface will use ‘warriors’ to describe them in 90 minutes? I’m going for a solid 10.

Chiellini and Bonucci, what can I say! ‘Every tournament will be their last’ is what we’re told, yet they keep coming back, and keep proving people wrong. Their lack of pace, is made up by their incredible reading of the game. When you think you’ve got them beaten, boom, the ball is taken off the attacker and out for a throw, while Chiellini celebrates like he’s won the World Cup. Defending is an art, and they are the masters.

In terms of the Italy team, we’ve watched them as much as you have over the last month so it’s pointless me asking you who their key players are – we’ve seen them for ourselves – but do you think they have been weakened by the absence of Spinazzola? He took being an inverted wing-back to a whole new level.

Spinazzola is a huge, huge loss. Was arguably the player of the Euros before his injury and slightly reinvented the wing back position. And being right footed, playing on the left, defenders just couldn’t deal with it. I feel so sorry for him

But the togetherness in this Italian squad is something else, and their will to win is second to none. Mancini making sure every outfield player gets some game time (because he was an un-used sub in his younger days) was a nice touch.

Would you expect Mancini to make any changes from the team that beat Spain? Immobile will continue to lead the line?

I think it’ll be the same 11. The only change I can see is maybe Tolói replacing Emerson and Di Lorenzo playing the left-back spot. But I’m not convinced with the left-back back options now Spinazzola is out. Chiesa is the main man, incredible talent.

And on the subject of Immobile, fancy getting anything off your chest, mate? 😉

Haha, that Immobile situation made me laugh. Yes he looked a bit silly, but every team has players that go down easyily and the way the press and radio carried on about it was more embarrassing than the situation itself. I’ll leave this here, a line from the commentator during England’s semi final – ‘Saka got back to his feet, Immobile style’.

Finally, the obvious one. How do you see it panning out?

Cheers for your time, mate. if it’s possible (for any of us). try and enjoy the game!