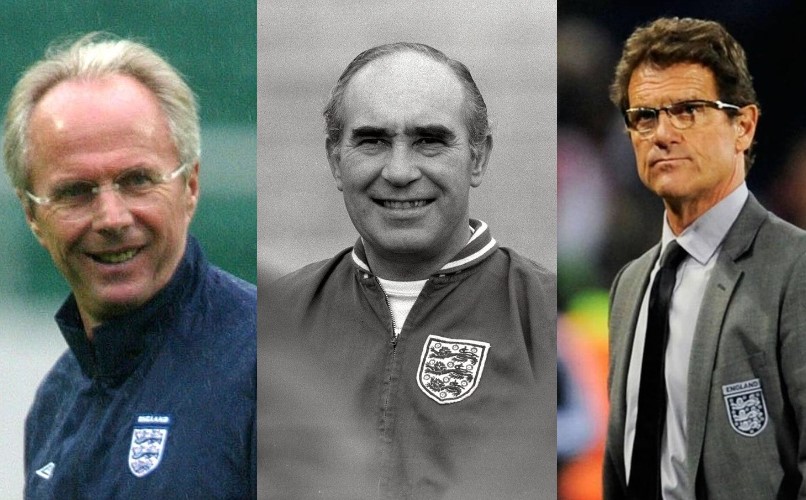 Cliched appraisals of Sir Alf Ramsey say he looked like a bank manager, sounded as if he’d had poor elocution lessons (a myth) and was cold and unapproachable. But I had the joyful privilege to meet most of the men who won the 1966 World Cup under Ramsey’s management and they loved him. Truly loved him. All of them except Jimmy Greaves.

It was my extraordinarily good fortune that the players I got to know in later years included both scorers for England in the final: Martin Peters when he was Norwich City’s finest ever player (a decade after 66) and then Geoff Hurst, another 15 years on when I was an executive at the (London) Evening Standard.

I was in awe of them because I’d been a schoolboy in that golden summer of 66. By 1990, when England next reached a World Cup semi-final, I had schoolboy sons. They were in tears at bedtime after England lost in Turin. I told them: “I can remember us winning a semi-final. There will be others. We’ll win one again.” I didn’t imagine that by the time it came around my boys would be men with children of their own.

It’s made me think about all those years of hurt since 66. My job gave me a close-up view of many of the flops and failures. I went to every World Cup between 1998 and 2014, for instance. Two stand out in my mind.

So come with me to the spa town of Baden-Baden, in Germany’s Black Forest. It’s like Bath, only older. Now follow me into the bar at the Brenners Park-Hotel And Spa.

Take a chair near the big windows. Gaze out across a small patio, across the cared-for lawn. See the stream: the Oos. On the far bank we can see a footpath and then trees and parkland. The path is Lichentaler Allee where Roman emperors once promenaded. Now it is the favoured destination of nature lovers and just lovers.

But today the path is choked by a scrum of photographers and TV crews, some on ladders, all facing us across the water and hotel grounds, all straining with tension, cameras permanently poised. Because with us in this posh bar are Victoria, Cheryl, Coleen, Alex, Abbey, Elen and the rest, spray-tanned, primped and polished on towering heels: the WAGs:

You probably recall stories about the players’ Wives And Girlfriends billeted at Barden-Barden. You know about the ginormous bar bills for champagne, the dancing on tables at one of the two nightclubs. But it was much, much more of a circus than you can imagine: a raucous, gaudy, extravaganza every day from brunch till dawn.

And the ridiculous and unforgiveable element was that somehow somebody had decreed that English football Press and broadcasters accredited to cover the England team should stay at the very same hotel as the WAGs.

The team, coaches and back-up staff were securely ensconced in another hotel a little way out of town, up a secluded road into the hills and near to their training base. But, meanwhile, the WAGS were in the middle of town letting their hair down (or having it fixed up by one of the ‘hair technicians’ in attendance) – and as well as the paparazzi and assorted Press on lovers’ Allee at the back, as well as the other hack packs hanging about at the front of the hotel and in the town, there was a group of media people staying in the same hotel.

The players, who knew their ladies were filling tabloid front pages day after day, also had to contend with the David Beckham show.

His global celebrity was at its apogee. Whenever the special FIFA website for the World Cup media announced that he was going to be the subject of a press conference the following day, journalists from all over the planet made their way from wherever they were staying in Germany to be in the long queue for admittance to the England training base on time.

That was what I did. I was based in Frankfurt for six weeks because I was covering the entire tournament rather than just England. And visiting barmy Baden-Baden – entering the bonkers bubble but then returning to relative sanity – gave me perspective.

Beckham is genuinely lovely: friendly, engaging, as open as he can be. But his press conferences were like a visitation from a deity. There was a preposterously inflated sense of being in the presence of someone really important.

When the open session was finished, Beckham was escorted to a smaller room within the media marquee to have a separate session with us English football media. He kept smiling. Kept answering.

It was a two-ringed circus: WAGs in one spotlight and Beckham in the other. None of it can have helped proper, relaxed but focussed preparation.

Remember the quarter-final against Portugal in Gelsenkirchen? Beckham limped off injured after 52 minutes and was replaced by Aaron Lennon (which is like a pub singer subbing for Sinatra). Ten minutes later, Wayne Rooney lost his temper briefly (but unsurprisingly), stomped on Ricardo Carvalho and was sent off. Even less surprisingly, England lost on penalties.

A few months before the World Cup, football people and those who report on them gathered in for a FIFA briefing in Sun City– a grotesque mini–Las Vegas in the middle of African wilderness. It was not far from where England would be based at the World Cup: the Royal Bafokeng Campus, outside Rustenberg. A gang of English media drove to the Campus. We didn’t ask anyone for permission; we just pitched up. The car I was driving got there first, and it fell to me to try to blag our way in.

I span a yarn to the guards at the entrance that our small convoy of vehicles was full of Englishmen keen to see the brand new facility which our footballers would be using, so that we could tell people back home about it. We just wanted a quick look. It was the truth, of sorts.

We were waved through.

The place was a building site. The would-be pitches had scraps of grass on bare earth and all buildings were, at best, half-finished.

We took pictures, composed stories and filed them to England. None of us told any lies, nor did we exaggerate. There was no need to. The World Cup was close and yet the England base was a long way from ready.

The next day FIFA president Sepp Blatter began his international press conference by calling the English media immoral. Imagine being critiqued by that old rogue.

The real point was the second element of the story from the Campus: that it was a tiny, claustrophobic, secluded facility in the middle of nowhere. I suggested England’s players would go stir-crazy. They did.

In his determination not to have any repeat of the WAGs distractions, Capello sequestered his players with no distractions at all. The restless, couped-up players hated it.

Their African adventure ended in Bloemfontein: a town hostile to the English, with good reason. We built a concentration camp there for women and children in the Boer war.

England had not expected to play there. But poor performances in the group games sent them on an unexpected route which arrived at Bloemfontein for a round-of-16 tie with Germany.

England fans, who had already taken too much time off work and spent more than was sensible, had to duck and dive to get tickets and then trek across hundreds of miles in under-sized, under-powered hire cars on roads with very few places to stop safely. About 20,000 of them made it. Whatever we think about some of them booing rival national anthems and our own players kneeling, England fans are astoundingly committed.

In Bloemfontein, they were met by Afrikaans-speaking descendants of Boers: white folk who made it clear they hated football and nurtured a special hatred for English football supporters.

On the night before the game, after two flights to get there from my base in Durban, I arrived long after the restaurant of my hotel had closed. I knew there had been thefts from BBC staff, but there was no safe in my room so, when I ventured out, I took my laptop and hid it under one arm inside my jacket.

Locals were driving around in pick-up trucks, with their windows down, sleeveless tee-shirts and mullet haircuts on show, looking for the English. Many shouted at me. I don’t think they were inquiring about Norwich City’s prospects. I kept my head down.

The next day’s match was abject. Forget Frank Lampard’s disallowed goal, the moment which summed up the 4-1 defeat was when Gareth Barry set off without conviction in pursuit of Mesut Ozil and then stopped dead. He gave up. He surrendered.

And yet they never stopped us dreaming.

Part two, to be posted tomorrow, is about how the England set-up has been transformed by doing things the Norwich way thanks, in part, to an Ipswich man.