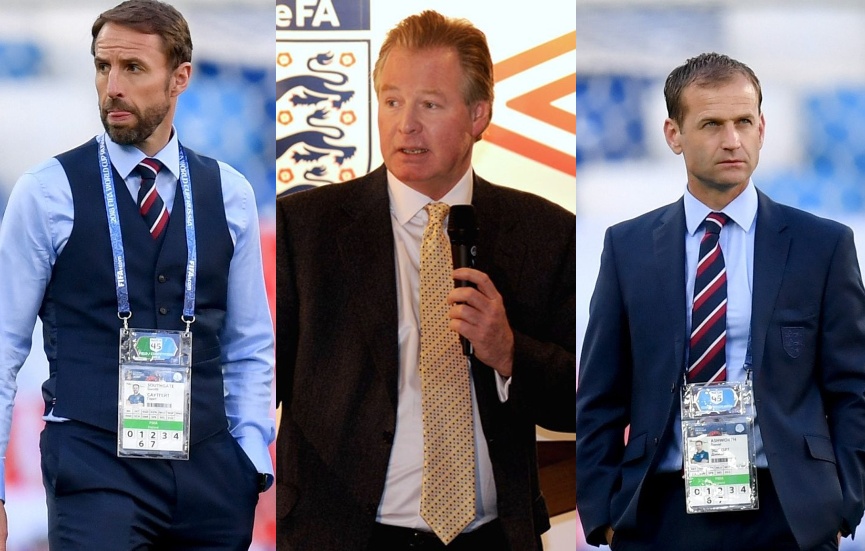 Trust the process, ignore the noise. The Norwich City mantra, invented and applied by sporting director Stuart Webber, should be the England motto now.

After previous disappointments by and for the national team, the upset has sometimes been so great and the failure so abject that managers have fallen on their swords and pundits and the FA have agreed: SOMETHING MUST BE DONE.

After the taut, nerve-shredding Euros final at Wembley, the sorrow feels very different. We can all see – surely – that although football didn’t come home, it’s moving in the right direction.

Gareth Southgate has learned with every tournament as England coach. He will learn from getting so much right until the final, when he and his team got some things badly wrong. He’ll take it all on board.

So too will his extraordinarily young squad – the youngest ever assembled by England from a major tournament since the 1950s.

The teenagers and novices among Southgate’s players were lauded, rightly, for their fearlessness on the journey to the final, but when they got there, it was Italy’s battle-hardened experience that denied England.

So, instead of wholesale changes in the structures and personnel of the England set-up, what is needed is confidence and patience. It is back to St George’s Park for much thinking, but it’s not back to the drawing board.

St George’s Park (aka the national football centre at Burton-on-Trent) is England’s hub and home. It is the national equivalent of Norwich City’s facility at Colney. It is where all the “football stuff’ happens for all the England teams. It is an inspiring place, but a workplace too. I believe it has played a significant part in the palpable improvement in England’s preparation and approach.

It exists because of the work of a former Ipswich chairman and has had an enormous impact thanks to a former Norwich City player.

David Sheepshanks was Ipswich chairman from 1995. I had a boozy night of Karaoke with him in Tokyo at the 2002 World Cup. He was a dreadful singer.

But he is an able, administrator. He had a spell when he combined running Ipswich Town with chairing the Football League and modernised that organisation beyond belief. You had to know how archaic it was, stuck out at Lytham St Annes, to appreciate how much better it came when Sheepshanks moved most of the staff into London.

But in 2007, with debts at Portman Road spiralling out of control faster than you could sing “Cheer up George Burley” Sheepshanks sold control of East Anglia’s second-best club to ticket touting supremo Marcus Evans. Sheepshanks stayed on as chairman.

The following year, 2008, Sir Trevor Brooking, then the FA’s Technical director asked Sheepshanks to become the first chairman of St George’s Park. The project had been mothballed since 2002 and Brooking gave Sheepshanks the task of finishing the build at last and then getting it up and running.

It seemed a challenging role, but it was working with Evans which proved more immediately frustrating and in 2009 Sheepshanks quit the Ipswich board, leaving Evans to continue making the club East Anglia’s third or fourth-best.

Three significant events in the England story occurred in 2012. In May, Roy Hodgson became England manager. In September Dan Ashworth followed him to the FA from West Bromwich Albion. In October, St George’s Park opened – a full decade later than first intended.

Hodgson, a wise old bird, had no luck as England manager and saw more hurt added to the catalogue of England catastrophes. But he is a fervent believer in long-term, strategic thinking and, above all else, in the importance of coaching and coaches. I first met him at the start of the 80s, when he gave a lecture at the Surrey Coaches Association, which I used to attend to foster football contacts.

Ashworth, whose only playing experience at a professional club was as a youth at Norwich City, is a leading member of a newish cadre of football industry professionals which includes City’s Webber.

Ashworth and Webber are friends. They both put in place and facilitate the people who do football stuff: scouting, coaching, data analysis, sports psychology, sports medicine … I can’t think of any more, but then I’m not a sporting director.

Ashworth put all that in place alongside Hodgson at West Brom, and then set about doing something very similar but on a much grander scale at St George’s Park. He introduced “the England DNA”, a coaching and playing philosophy for everyone who plays for this country. It has five core elements, one of which is about identity: “Who we are.” The aim is to establish a distinct culture.

To many old football fogies, it sounds like pretentious tosh. But, fortunately for England, Hodgson’s successor, Sam Allardyce, didn’t last long. He was tricked into revealing a venal streak and so left with a 100 per cent record: Played one, Won one, Lost one job.

The England under-21 coach, a decent youngish man by the name of Southgate, reluctantly took over the senior team. He was already pumped full of the England DNA; he’d helped Ashworth devise it and believed in it with unshakeable certainty.

A lot of Ashworth’s work at West Brom has unravelled since he left them, but with Southgate in charge of England there was no diversion or diminution of Ashworth’s England plan when he moved to Brighton in September 2018.

At Norwich, we must hope that whenever Webber leaves our club sticks to his philosophies and protocols. The Norwich way is, after all, very similar to the DNA strategy: a distinct culture and a set of core principles and methods.

There’s a big difference though. The Norwich way includes a playing style built around patience in possession. In the Euro final, and some other games in the tournament, Southgate’s England were content to wellie the ball clear.

Two passages in the semi-final against Denmark showed the consequences of both “getting rid” and nurturing possession. The first was the period when England, guarding their lead, repeatedly cleared the ball out of their third of the pitch by sending it into the Danish third … only for the Danes to collect the ball and build another attack. During this period, every kick by goalkeeper Jordan Pickford was impressively long, but all of them went either directly to an opponent or out for a Danish throw.

But with three minutes remaining, England suddenly adopted a different, better tactic: they knocked the ball about among themselves, completing 53 consecutive passes in two minutes and 33 seconds, lifting the crowd and killing off the game.

So Gareth, trust the process, ignore the noise, keep the ball.