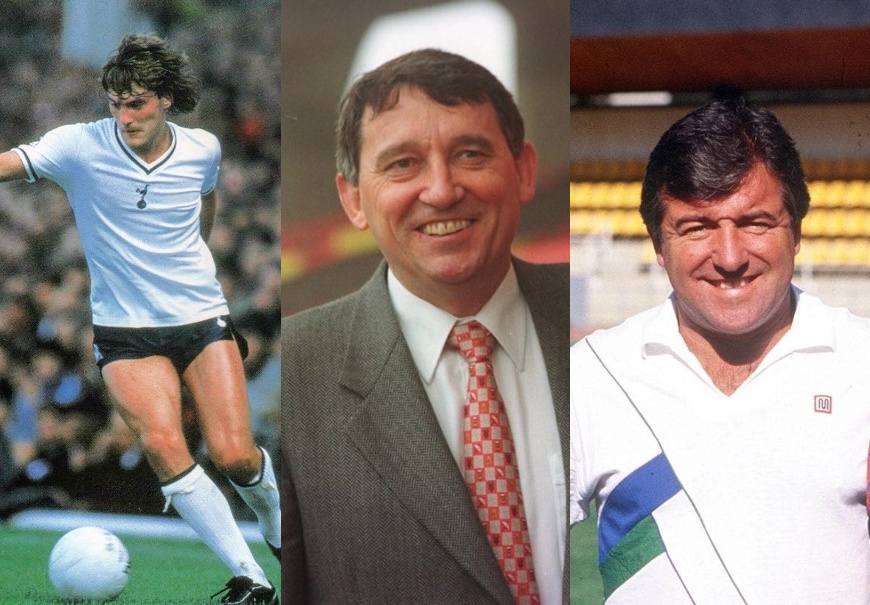 I read MFW’s Mick Dennis’ brace of They’ll Never Stop Us Dreaming articles earlier this week and thoroughly enjoyed them as quite a few of us did too judging by the comments.

It took a while but eventually my memory jogged into gear and reminded me I’d met three England managers myself, although before any of them were in post and two out of the three meetings were in slightly unexpected circumstances with nothing like the glamorous background and required inventiveness of Mick’s encounters.

First up would be Glenn Hoddle, who when I met him a couple of times was not the religiously aware, clean-living person that he appears to be today.

When I was sports editor of the Harlow Gazette [eat that heart out Mick] my oppo and I went into a pub in Harlow after work. It was called the Shark and there was Glenn up at the bar talking with his brother [either Carl or Dave, can’t remember which] and some mates. He was very convivial and had the time to spare to talk to us for a few minutes.

We weren’t speaking as journalists because we didn’t mention it – we were just a couple of geezers who happened to follow Spurs when Glenn was in his pomp. Probably 1979 if I had to take a stab at it. Eileen Drewery of psychic notoriety ran the Shark at that time but I can’t recall if she was there or not.

The Gazette sportsdesk’s lunchtime watering hole was the Marquis of Granby in Old Harlow. Guv’nor Vince knew anybody who was anybody and equally several of us who were nobody. He sponsored a team based at the pub called Marquis Athletic and invited me along to their post-season presentation night with *special guests* who turned out to be the lovely Linda Lusardi and… Glenn Hoddle.

I’ve no idea if he remembered me or not but we had a few pleasant words. I spoke to Linda too but that’s just a blur now.

Moving swiftly on, my final meaningful gig at the Gazette was covering Harlow Town’s incredible FA Cup run of 1980. They knocked out Southend United and Leicester City after home replay victories before a gallant 4-3 defeat at Watford.

For the only time in my life there I was on the pitch at Vicarage Road waiting to talk to Graham Taylor. Being a complete greenhorn I thought it was a free for all until John Motson told all us local guys to $od off as it was MotD first, then radio and then us alongside the national scribblers.

Taylor was an absolute gent who took time to give me a few minutes while praising Harlow to the hilt. I’ll never forget it.

Any more than I’ll forget *Motty* who took the trouble to speak with me afterwards to explain that he didn’t mean to be rude but protocol was vital to the TV folks. A sound lesson to learn and he was very good about it. The only non-studio interviews were on the pitch in those days of course and you couldn’t rob quotes from the internet – you had to get your own.

The third giant of England management I met was Terry Venables. By 1982 I’d left the Gazette to join the Met and lived in the Bald Faced Stag in Buckhurst Hill. Not literally but it sometimes felt like it as I moonlighted behind the bar as well.

When Venables Jnr. got the Barca job the nickname El Tel was coined. His father, Fred, ran a pub on the Sewardston Road on the borders of Chingford. It’s real name was the Royal Oak but the locals quickly renamed it *El Fred’s*.

I went there one night with some Spurs-supporting friends and bugger me who came down the staircase but Venners himself.

Very self-effacing, cheerful and happy to spend a few minutes talking with us. He’d come back on literally a flying visit to see Fred and his mum, Myrtle. All I can remember is that he said he wished he’d won more than his couple of England caps but still kept smiling through the tears, as it were.

Where’s the Canary angle, then?

Well, I’ve met Dave Stringer at Trowse before Colney was ever thought of. A lovely, polite man who was happy to have a quick chat with me and my daughter, who was a tiny back in the days when you were allowed to watch training sessions.

I’ve bumped into the permatanned Mike Walker and his wife on London Street a few times [although not for several years now] and the word pleasant comes to mind before anything else. I hadn’t realised what a physically imposing figure he was before – one tall dude as I suppose many ex-keepers are unless you’re name’s Paul Cooper.

Coinciding with Ken Brown was quite a surprise – in Brundall Post office of all places. We discovered we were born not very far apart in East London and most of our chat was about West Ham rather than Norwich City. Another top bloke.

If any readers want to share a story about footy folks you’ve met you know where to come.