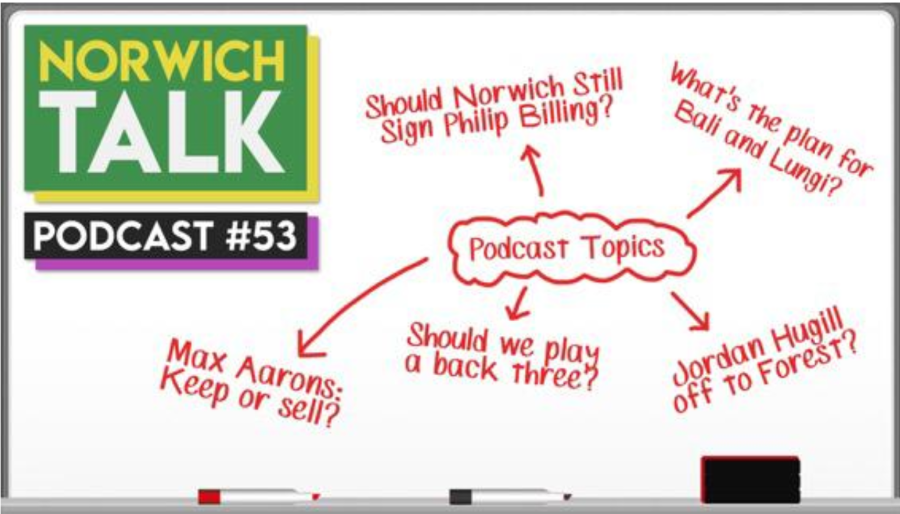 The lads are back to dive into some Norwich City news as all attentions turn back to club football.

Jordan Hugill is reportedly ready to be shipped off in pursuit of regular game time with Nottingham Forest interested in acquiring his services.

Max Aarons has once again (for the first time in a while) been tipped as Everton’s target right-back with Denzel Dumfries also in that mix.

They also go over whether City should switch up formation next season and also whether primary target Phillip Billing should still be a priority following the arrival of Pierre Lees-Melou.

Bali Mumba and Jacob Sorensen have also penned new deals with Norwich City so we’ll be discussing what we think the plan might be for those two!