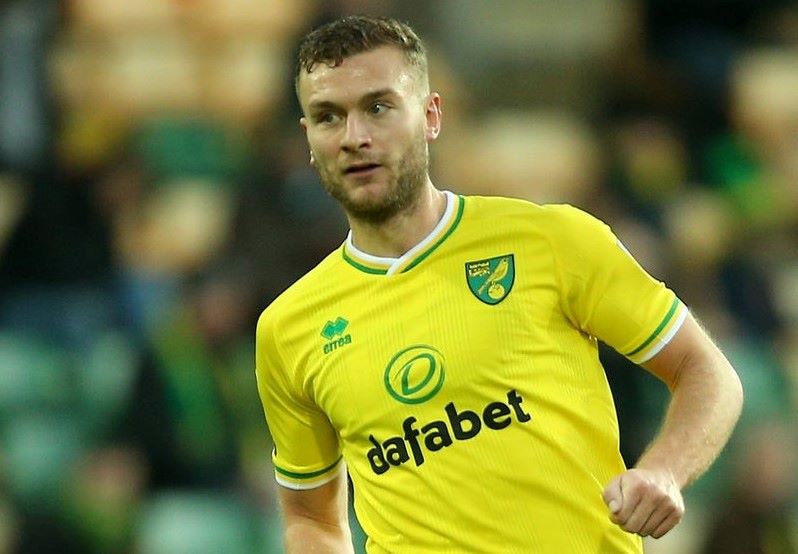 Amid the cooling of City’s interest in Celtic defender Kristoffer Ajer, I’ve taken a look at the defensive options Daniel Farke has at his disposal ahead of their return to the Premier League.

It’s worth beginning with the Norwegian centre-half Ajer, in whom City have held a consistent interest throughout the summer, having had a bid in excess of £10m rejected in May.

They now looked to have cooled their interest in light of the Bhoys rejecting a bid of £15m from Premier League new-boys Brentford, and in the process dropping a £20m valuation on the player – enough to put off the Canaries as potential suitors. He now looks set to sign for the Bees, in a deal upwards of £13.5m.

The recruitment team at Colney looks set to be eyeing up the loan market as a viable option when it comes to looking for new centre-half options, with names being linked with moves to Carrow Road earlier this summer including FC Koln’s Sebastiaan Bornauw and Fulham’s Tosin Adarabioyo. However the former has recently completed a permanent move to Wolfsburg.

That, therefore, leaves us with the options the club has at their disposal currently, with five first-team centre-backs – Grant Hanley, Ben Gibson, Christoph Zimmermann, Andrew Omobamidele and Timm Klose – although Klose looks set to leave the club after three-and-a-half years’ service.

Any immediate transfer movement in the defensive department may be on hold given that 19-year-old Omobamidele has reportedly really impressed at Colney in the early stages of pre-season, and is regarded as being physically ahead of Ben Godfrey at the same age. This comes off the back of a string of really impressive performances towards the back end of the Canaries’ promotion campaign.

In City’s first pre-season fixture – the 3-1 win over Kings Lynn – we saw Farke deploy a three at the back formation, with the ever-reliable Jacob Sorensen slotting in at the right of the three alongside Zimmermann and Omobamidele. This could be an avenue the German may wish to go down, as he has already placed trust in Sorensen before, playing him predominantly at left-back last season.

Hanley and Zimmermann have had their injury troubles in the past, with, ironically, neither of the two playing any real significant role in Farke’s debut Premier League campaign due to those injuries. Gibson has also had a hefty layoff after his season-ending ankle injury in the home fixture against Luton, so will need to build his levels back up in pre-season despite reportedly making good progress with his injury over the summer.

To return briefly to Omobamidele, despite all the positive noise he is generating around the club and with performances to match, it remains vital that not too much pressure is placed on someone so young. If lighting does strike twice, and we again get mired in a central defensive crisis, to ask this young man to form part of the spine of the team at Premier League level, is not an ideal scenario.

City’s other defensive options, in the wider areas, include Max Aarons, Bali Mumba, Sam Byram and Dimitris Giannoulis. In the case of Byram, he desperately needed a good pre-season but has already had another setback in his progress, one that will keep him side lined for another couple of weeks. He proved he was Premier League quality when called upon in 2019-20, so it’s a shame his notorious injury issues have caught up with him once again.

Giannoulis also showed real promise in the second half of last season, with his move from Greek giants PAOK being made permanent on July 1st, alongside Gibson’s arranged permanent transfer from Premier League ever-presents Burnley, and both look set to play prominent roles.

Mumba has had limited minutes in the first team so far, but in that time he proved to be excellent cover and a possible successor to Aarons. Mumba started as the right wing-back at The Walks, playing nearly the full 90 and being full of energy, driving the Canaries up the pitch down the right flank. He also showed he’s not afraid go one against one to try and beat his man, and was successful on multiple occasions.

So, while in the full-back department City appear to be well equipped, if Byram isn’t going to be fit in time for the new season, then, in my opinion, the club needs to be looking for an extra full-back as well as an extra centra-defender.

Let’s not allow history to repeat itself…