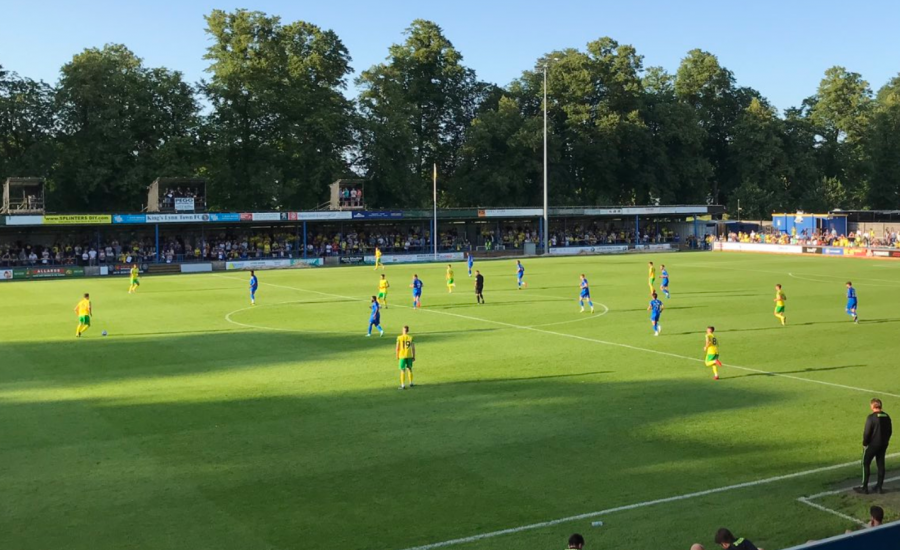 Guest blog time again and today it’s Kelan Sarson – a Norfolk-residing Peterborough fan who writes about the game and who has offered us an outsider’s perspective on City’s chances. All yours Kelan…

Living in Norfolk my entire life, Norwich City is the football club on most people’s lips. Vivid memories of Paul Lambert’s Canaries come up when I look back at Norwich City during the infancy of my footballing interest. Yet, I stuck with supporting Peterborough United.

However, I have always had an interest in seeing how the Canaries fare and in recent years I’ve been rather impressed by the managers coming through at Carrow Road. Seen as a bit of a yo-yo club to other football fans, it’ll be interesting to see how Norwich transition into another season of Premier League football.

First and foremost, reading and hearing his interviews, Daniel Farke comes across as the perfect man for Norwich City. Instantly likeable and charismatic, it also helps that he demands an attractive brand of football to be played under his management.

Watching from afar, last season was a blinding one for the Canaries – the now-departed Emi Buendia was far too good for the Championship, with Todd Cantwell another standout name in Norwich’s second Championship title-winning season under the much loved German.

Yet, whenever the top division comes calling, the club never seems to grasp the big opportunities. Naivety might come into it; it’s one thing being able to win promotion to the top flight with attractive football but being able to translate that into success in the Premier League with that free-flowing style is another.

Farke seems determined to stick to his philosophy in only wanting to play this free-flowing football, which is admirable, but it could come at a cost of being unable to consolidate Norwich City as a top division team. Farke has said, in multiple interviews, that he would rather play attractive football over everything else but in my opinion – and this might be because I’m an outsider of sorts – it would be interesting to see Farke become more of an adaptable manager if a relegation battle was to present itself.

Yet, with this season just around the corner, I have more confidence in City staying up than years prior. Take Burnley as an example: they went straight back down after a promotion success with Sean Dyche. That year back in the Championship was crucial for Dyche; a learning curve that enabled him to then consolidate Burnley when they re-entered the Premier League at the first time of asking.

Take this as a model, and the Canaries might not be overwhelmed by the prospect of swapping Millwall for Manchester City. Likewise, these Norwich players won’t be diving blindly into the deep end. The likes of Max Aarons will relish another opportunity to impress after too much too soon for his first foray into Premier League life, and Teemu Pukki will be eager to show off his goal-scoring exploits on a more consistent basis in the top division.

These players will have been hardened by the agony of falling short last time around and will be doubly determined to put the Canaries on the map while exorcising the yo-yo club demons. Farke, too, will be a wiser manager this time around – hopefully learning from past errors and approaching the Premier League as a more astute figure on the touchline.

If it does go wrong again, Norwich fans won’t have to worry about the club imploding and their German manager exiting. With Farke tied down to a new long-term contract, Norwich are first and foremost a glowing example of a club with a philosophy. It would be, however, great to see more success go hand-in-hand with continued sustainability.

The new signings in through the door at Colney also signal ambition, and the club appears unwilling this time to merely roll over for the Premier League big boys. Billy Gilmour is a huge acquisition on loan; a Champions League winner and Scotland’s star at the Euros, he brings with him a certain pedigree. Just take a look at his brief highlights reels on YouTube from his debut against Kings Lynn.

Gilmour is one many are keeping an eye on, adding even more talent to Norwich’s midfield that already boasts the likes of Kenny McLean and Kieran Dowell. Milot Rashica also adds something else to Norwich’s midfield; Farke swooping into his native Germany for a player who has scored 21 goals in the German top flight. Pierre Lees-Melou is another useful midfield addition, rocking up over 100 appearances for OGC Nice in Ligue 1.

These are exciting times on the transfer front, Farke blending talents of the last few seasons with new talented players that can enhance the already embedded philosophy present at Carrow Road.

From an outsider’s perspective, it is easy to write Norwich off based on what we’ve seen in the past. Yet, looking at Norwich fans on social media and the apparent general harmony at the club, starting with Stuart Webber to Farke, the club is in a very promising position.

Obviously, it would be great if Norwich could succeed in the top flight and showcase their ability above Championship football, but, assessing Norwich for this piece, it seems more crucial for the club to remain sustainable, likeable and for the fans to feel connected when the top flight comes calling.

Anything else is a bonus, and if I was a Norwich fan, I would simply enjoy the ride waiting for me at Carrow Road this coming season.