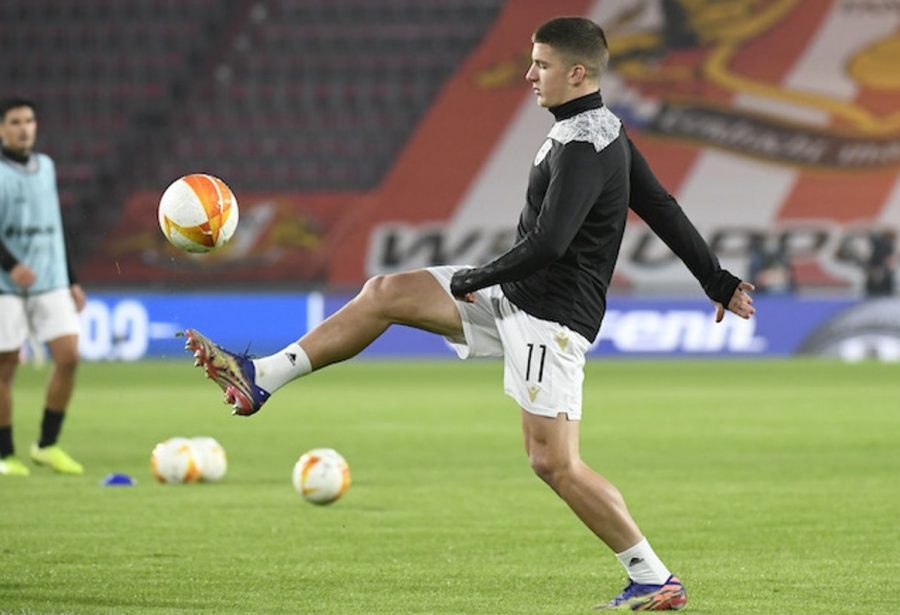 Norwich City are progressing towards a deal to sign Greek international Christos Tzolis but no announcement is imminent, MyFootballWriter understands.

Discussions are ongoing between Norwich and Tzolis’ current club PAOK Thessaloniki, who have a good relationship after negotiating the transfer of Dimitris Giannoulis in January. The left-back moved to Carrow Road for around £6.5million while his compatriot could break City’s transfer record, as the Greek Super League side look to earn eight figures for their star man.

Links with Tzolis surfaced last week after a quiet period for the Canaries, as Stuart Webber looks to ramp up his transfer business ahead of August 14’s Premier League opener at home to Liverpool. Tzolis is, however, highly unlikely to be involved in that game with any potential announcement weeks away and any Covid-19 travel restrictions delaying any involvement from foreign arrivals further.

Tzolis scored an impressive 16 goals to accompany his 10 assists last season in all competitions, scoring twice in Champions League qualifying to underline his pedigree. At 19 the eight-times capped attacker also looks a prospect for the future, as Norwich look to replace Emi Buendia, who was involved in 31 goals last season before joining Aston Villa in a record exit.

Speculation continues to swirl around Todd Cantwell but Tzolis is not seen as a replacement for the 23-year-old, who is another subject of the Villains’ interest. Villa are expected to make a bid for Cantwell if Jack Grealish completes a British record £100million move to Manchester City this summer.

Norwich reportedly value their number 14 at up to £40million, owing to the fact that such a late deal for the ‘Dereham Deco’ would leave little time to find a replacement.

Tzolis is one of a number of targets for Webber, who is still keen to bring in a central midfielder and full-back cover among others. Manchester United youngster Brandon Williams is a player the Canaries have liked for a long time and has held talks with City head coach Daniel Farke, while Bournemouth’s Philip Billing is a long-standing target.

The versatile midfielder looks set to stay with the Cherries, however, featuring in their first competitive game as they thrashed MK Dons 5-0, Canaries legend Russell Martin’s final game in charge of the Dons.