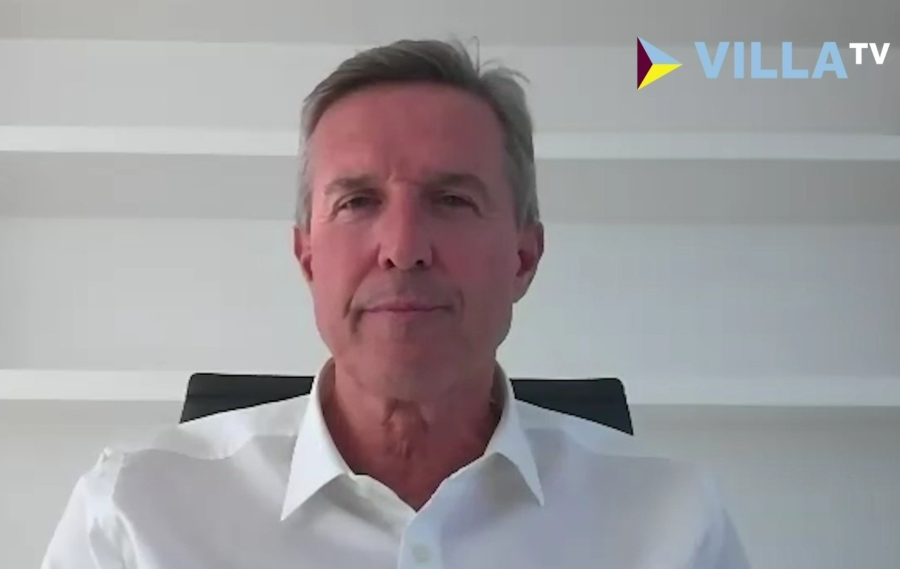 Aston Villa Chief Executive Christian Purslow has seemingly ruled out a move for Norwich City’s Todd Cantwell, claiming that the players required to replace Jack Grealish have already been signed by the Villains.

The 25-year-old secured his move to Manchester City on Thursday night, prompting an explanation from Purslow as the Villa faithful mourned the loss of their star man.

“Our strategy was to break down Jack’s key attributes,” Purslow told Villa TV, “and to find these qualities in three forward players.”

The 57-year-old confirmed these players to include City’s record exit Emi Buendia, who swapped yellow and green for claret and blue early this summer after expressing his desire to leave Carrow Road swiftly following promotion.

“In signing Buendia, (£30million winger) Leon Bailey and (England-capped striker) Danny Ings,” Purslow continued, “we believe we have achieved this key objective, and in doing so, have also reduced an over-dependency on one brilliant footballer.”

As far as whether Villa will be left depending on one brilliant footballer, City fans might have something to say following their acquisition of Buendia, but it didn’t take them long to work out quite what that meant for their own side.

Recent reports had claimed that Cantwell was seen as the ideal replacement for Grealish, and would be the subject of a bid once the England international’s transfer to the English Champions was confirmed.

Purslow’s comments seem to suggest, however, that no further replacement was required. An inflated price tag had awaited Dean Smith’s side given the short period of time Stuart Webber would’ve been left to replace his number 14, the Canaries reportedly holding out for up to £40million.

City are closing on a deal to sign Greek international Christos Tzolis but do not see the PAOK winger as a like for like alternative to Cantwell, meaning another attacking signing would be desired, if one could be found by the August 31 transfer window deadline.

There is, of course, still a possibility that Cantwell could be targeted to add depth to the Villa squad, but reports have centred around the relevance of Grealish’s transfer in the Dereham-born attacker’s future, and the end of a search for the former’s replacement seems highly likely to end interest in the latter.

News of a boost to Norwich’s hopes of keeping Cantwell have come as other sources of optimism present themselves. City recently offered a €12million package for Tzolis according to the PinkUn, while American striker Josh Sargent is moving towards a switch from Werder Bremen, where he played with new signing Milot Rashica.

Cantwell’s presence will help add some desperately needed depth in forward areas for Daniel Farke’s side, as they look to close the player trading period strongly.

Webber has been open about the fact that he’s preparing for an uncharacteristically late flurry of business, stating that: “Sometimes the deals get a little bit better as the window goes on. As frustrating as that is, because the pair of us like it when the squad’s together early and they have that benefit of the pre-season work, sometimes the marketplace dictates that we have to be patient.”