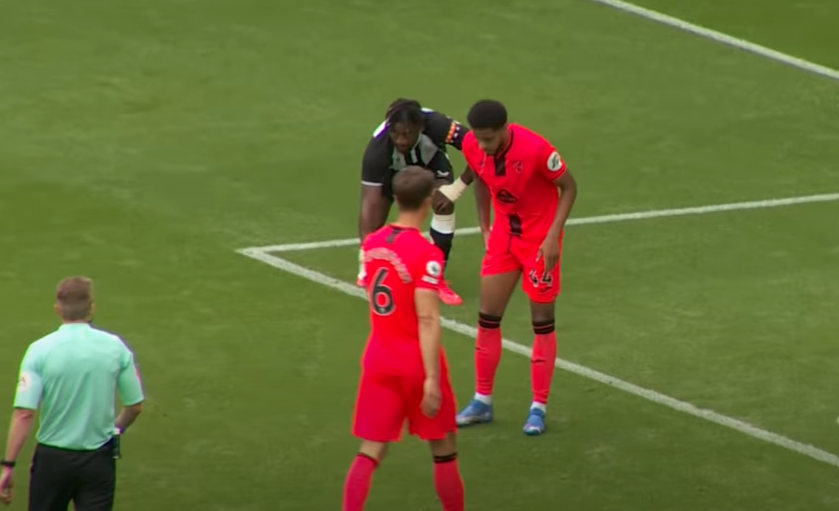 Us wordsmiths have favourite words or phrases that we like to occasionally incorporate into our articles, whether on MFW or elsewhere. Mine have included *Bruce was incandescent with rage*, *Leitner adopted a masterly policy of inactivity* and *Colin wasn’t a happy bunny* – the latter of which won’t be required this season unless we meet Boro in one of the cups.

But the current buzzword of the moment that I won’t be adopting** is *undercooked* particularly in its latest incarnation of or beloved football team’s attempts to bring a pre-season campaign to the boil at just the right time. Things like transfer rumours, a couple of unwanted injuries and not least a serious outbreak of positive tests for Covid-19 in the camp come to mind.

Undercooked** has been adopted by luminaries all the way from our illustrious editor Gary down to Pep Guardiola – as well as several disgruntled social media merchants in between.

While I choose to have no direct access to Facebook, Twitter or Instagram I pick up on a few bits, whether friends send me excerpts or fans views are repeated in the media as some kind of undercooked** imitation of dignified journalism.

However, I can see that the mood of the Canary nation is darkening after Saturday’s 3-0 reversal at St James. But come on guys, what do you expect when – through the fault of nobody – our pre-season has been thrown into such disarray, particularly because of Covid. The Mags fielded a very strong side – close to their best – while we were missing six first-teamers and couldn’t even fill the bench while they could introduce several players including Alain Saint-Maximin and, erm, Jamal Lewis.

We could have filled said bench I suppose but Daniel Farke has always proclaimed that right has to be earned, which goes to show us that with the possible exception of Daniel Adshead and Jon Tomkinson none of our current Under-23 crop will be getting a look in this season if that logic continues to be applied.

Maybe that pessimistic mood will be lifted with the arrival of Josh Sargant from Werder Bremen and Christos Zlitos from PAOK Athens this week. These signings are not nailed on yet but I at least expect them to come to fruition before Saturday’s backs to the wall game with Liverpool. Six other prominent Canaries will be free of Covid restrictions, but quite how somebody like Milot Rashica can be expected to get up to speed in less than a week is beyond me.

I’d love to be a fly on the wall at Colney this particular week and that’s for sure.

Our get-out-of-jail-free card relevant to these issues is that surely nobody will expect anything in terms of points from the first four games – apart from the happiest of clappers who sits two or three along from me and would expect our Under-18s to despatch Barcelona, Messi or not. Maybe this horrible timing might yet have a silver lining.

The way the fixtures have panned out could be of benefit in that we will have the chance to integrate everybody before August is up. Some readers might wish to contradict me by saying that every game starts at 0-0 with eleven of each side on the pitch, etc, etc but I would suggest an element of realism should be taken on board. Your view is equal to mine but if we can scrape a point against Leicester I’d be so delighted I’d do a Roy Waller around the ground afterwards if we did.

I’ve always felt our real season would get underway in September and pre-season has further convinced me of that.

But please, please let us keep our powder dry for a while. I’m not prepared to make any definitive judgement until the end of September so I would appreciate it if the Private Frasers amongst us refrain from using the phrase *we’re doomed* during August, at least.

If you feel differently, don’t be afraid to tell me so in the comments.

** Oh $hit I seem to have adopted the word *undercooked* after all. But I promise readers [and myself] not to use it again