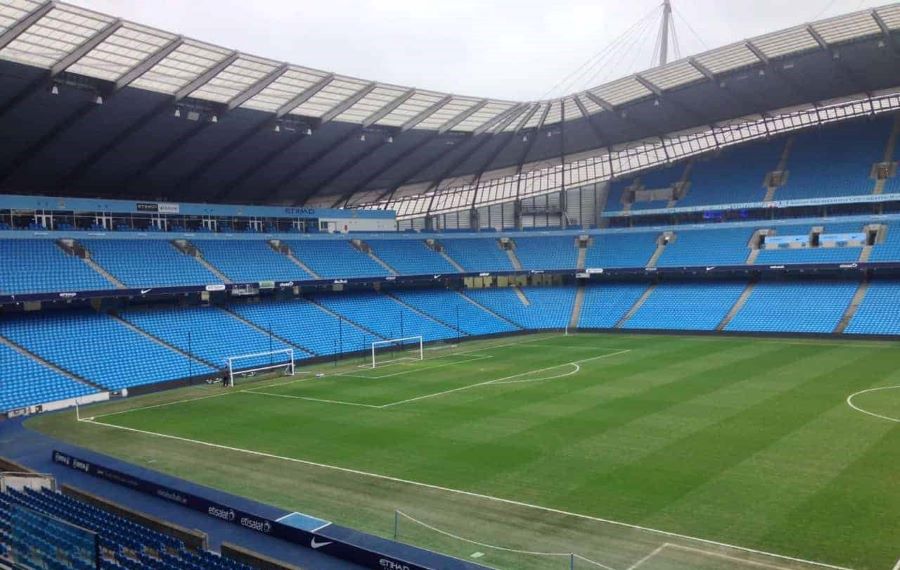 Hhmm… not sure where to start.

Even on a good day, it’s a fixture that makes the sphincter twitch. Even if Norwich were at full strength, with a squad bulging full of new signings, all fully fit and embedded after a full, testing pre-season behind them, we would still be more than a little apprehensive over what may unfold.

But with a squad still minus a couple of key figures in key positions and with a group that is probably at the four-games-into-pre-season stage of development, then it’s not just the collective sphincter that’s going ten to the dozen at the thought of going toe-to-toe with Abu Dhabi United.

For the fixture computer to hand us this seemingly impossible task off the back of handing us an opener against the self-proclaimed champions of the Universe was cruel in the extreme.

But, here we are. It has to be done at some point, so why not get it out of the way as early as possible. And what better way to rid ourselves of the cobwebs than taking on one of the two richest clubs on the planet; one funded by an oil-rich Middle Eastern state with the sole purpose of winning trophies.

So wealthy is the owner of Manchester City and so skewed now is the playing field, the owners and fans of the other five in the ‘Big Six’ complain of how City have used their financial muscle to widen the gap. In Manchester City world, Chelsea, for example, see themselves as the have-nots!

I chatted with a son of talkSPORT three seasons ago as part of the preview for City’s FA Cup tie with Chelsea. He was unimpressed with City’s ability to spend the earth on new signings…

“Let’s face it they’ve got more money than everybody else and despite there obviously being a lot of it around everyone else has to think about how much money they spend”.

If Chelsea are accusing you of buying the title…

But by getting promoted we’ve earned the right to be on the same pitch as Manchester City, for all their financial advantages, we start level and currently have the same number of points.

Team Farke have also had another week in the open spaces of Colney to get into the bodies and minds of those who faced Liverpool but who were, in an ideal world, still two or three games away from kicking a ball in anger. I’m talking Hanley, Pukki, Giannoulis and Gibson in particular, but there is clearly not a player in that squad who wouldn’t have benefitted from more minutes in the bank.

In terms of who Farke will pick, it looks likely, injuries permitting, that he will go with a similar starting XI to the one that kicked off against Liverpool, although in terms of options from the bench it’s possible Christos Tzolis will have edged himself closer to some game time after completing his first full week at Colney.

Manchester City’s defeat at Tottenham last Sunday has done us no favours, even though Pep Guardiola had warned of a slow start to the season for his team given that most of his squad were involved in the summer’s Euros. A smarting Guardiola is not what we need right now.

Against Spurs, the Spaniard was without the services of the injured Phil Foden, while John Stones, Gabriel Jesus and Rodri were on the bench after having had only one week’s worth of training. Kevin de Bruyne too started on the bench for the same reason but came on and, unsurprisingly, made a difference.

And now they have Jack Grealish to produce moments of magic amidst the comedy falls and looks of indignation. Yeah, honestly, they signed him from Aston Villa – you’d have expected the tabloids and Sky Sports to have mentioned it.

Guardiola, not for the first time, played with a false 9 at Tottenham, in the form of Ferran Torres. so that’s something Team Farke will have been working on this week, with there being even more numbers in the centre of the pitch to overload us.

(Try not to think about it).

Our last visit to the Etihad, on the final day of 2019-20, ended in a 5-0 defeat; a result that was met with a sense of relief, such had been the brutality of our Project Restart. It was ugly but it could have been uglier.

For those who love stats, Man City have won their last three home Premier League games against us by an aggregate score of 14-1 and, in all competitions, we have won just two of our last 31 visits to the sky blue half of Manchester -seven draws and 22 losses. But, I think we all agree that the two wins – 2-1 in September 1997 and 3-2 in May 2013 – are the only ones that really count.

Oh, and one little extra nugget courtesy of BBC Sport: ‘In the Premier League era, the winners of the previous season’s Championship title have won away from home against the reigning top-flight champions only once’.

Make of that what you will.

So, one of those hope-rather-than-expectation type afternoons where you wish more than anything to emerge with spirit and belief intact and are ready to go again in seven days’ time. To have played some decent stuff and enjoyed a few good moments would also be nice.

If that’s how it pans out, I suspect most of us would be happy. As glorious as that bloody nose we gave them in September 2019 was, they don’t come along too often.

I was going to steer clear of offering up a prediction as I hate ever having to put head before heart where the Canaries are concerned, but I will just say I don’t expect the score to be as gloomy (from our perspective) as Mark Lawrenson will no doubt predict later.