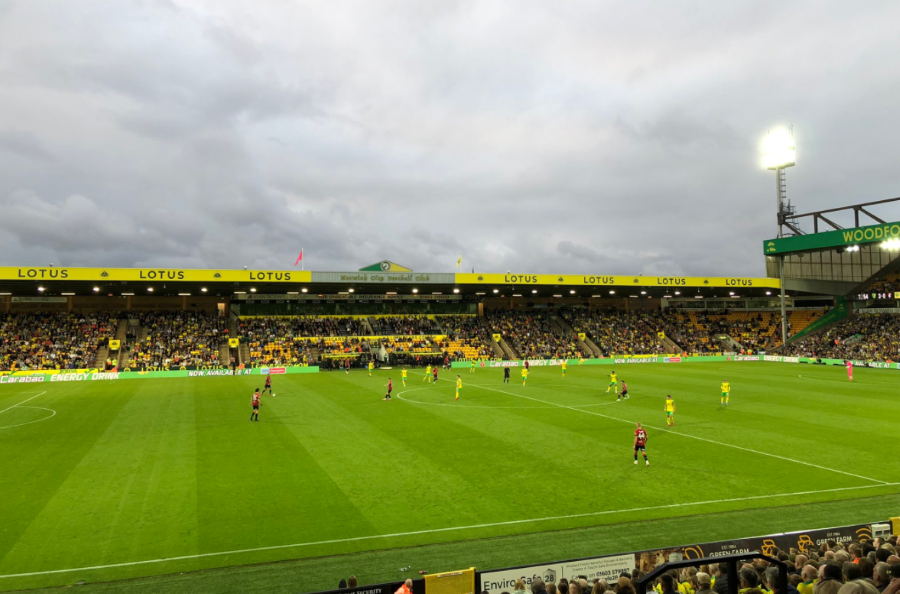 Well, that was a little unexpected.

Many were forecasting a Crawley (a) type performance but instead a City team made up largely of those who have yet to feature did a number on a Bournemouth team similarly made up of those who Scott Parker deemed in of need of game time.

In that regard, the playing field was even. It’s a term that doesn’t do justice to the fact it’s now a squad, not a team game, but it was essentially two ‘second strings’ going toe-to-toe; albeit some of those in yellow did their chances of starting against Leicester no harm at all.

I’m not sure Christos Tzolis, in particular, will be spending too much time on the fringes after the mother of all debuts, and the same could arguably be said of Josh Sargent and Kenny McLean.

It was one of those nights where Daniel Farke will have hoped to end the game with a selection conundrum of the good kind ahead of Saturday, His men delivered.

In the recent past, games such as this – Crawley (a) again the prime example – have often been missed opportunities for those staking a claim and have enhanced rather than weakened the positions of those already in the current starting XI.

The opposite can be said of last night. Some big names had the squeeze put on them by some very good performances from those looking to force themselves into Farke’s thoughts ahead of the weekend and beyond.

Farke was quick to remind us afterwards, that it was Bournemouth and it was the EFL Cup –- light years away from the intensity and brutality of the Premier League – but at the same time acknowledged that there was a pleasing togetherness and spirit within the group and that every good performance is good for the confidence and the mood.

As ever he’s spot on.

For all of the good things that came out of last night, the positive impact on the collective mood generated by that win was priceless. Two morale-sapping defeats, however expected, had dented the early-season optimism that we still see
bubbling away in Brentford and Watford, but it feels like we’re back on an even keel.

Equally, his willingness to experiment with a back three in pre-season may allude to a horses-for-courses type approach to formations compared to the ever-reliable 4-2-3-1 that served us so well in the Championship.

And with Tzolis now well and truly hurling his hat into the ring, the make up of that front three becomes very interesting. Josh Sargent too comes into the equation, although, for now, the Farke way would not be to drop Pukki
after two games in which he’s been feeding off scraps.

But, certainly in the attacking third, the options are plentiful, with the pace and power of Tzolis and Milot Rashica offering us something very different from what we have become accustomed to.

So, hopefully, we’re all benefitting from an extra spring in the step this morning, a spring definitely missing on Sunday, because 6-0 wins don’t come along too often, whoever the opposition and whatever the circumstances.

While Saturday was one of those where it was impossible to find even the slightest of positives, almost everything that emerged from last night was good; the only concern being the worrying knock sustained by Bali Mumba.

But otherwise, it was good stuff all the way including a man-of-the-match display by a two-goal, two-assist debutant.

And yes, he does come from Greece and he does appear to have a thirst for Norwich.