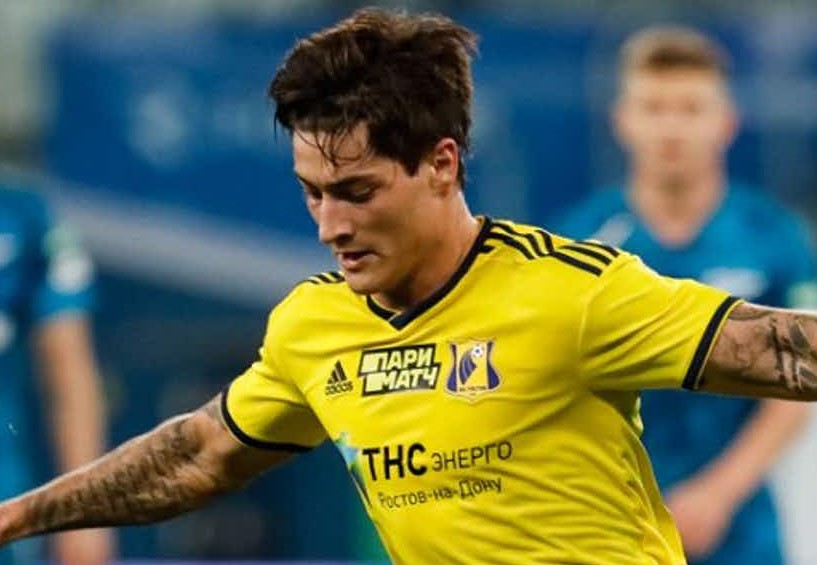 It’s safe to say that this summer was a crucial one for Norwich City. Armed with comfortably his largest-ever budget, sporting director Stuart Webber set about transforming a Championship winning squad missing its most important player into a group capable of Premier League survival.

So, how successful as he been? We set about deciding with the infallible measurement that is subjective grading, assigning each new recruit a letter on a scale of A+ to F.

Starting at the beginning, and Angus Gunn’s early summer arrival was as close to a can’t-lose situation as Webber will come in his present role.

Brought in for £5million and a host of potential add-ons that theoretically could rise to £10million but practically are very unlikely to, City have secured an excellent deal for a player who cost Southampton around £12million three years ago.

Gunn impressed in the loan spell that earned him that move, his second stint at Carrow Road. As the 25-year-old arrives for the third time, he’ll be thrilled to finally be a permanent Norwich City first-teamer, and the City fan base is largely thrilled to have him back.

The dynamic between the England youth international and current first-choice Tim Krul will be fascinating to follow as it unfolds, but for now, Webber appears to have snagged a solid plug for a gap in the short-term, and a strong replacement in the mid-term. B

Another player desperate for game time is Chelsea’s Billy Gilmour, who will spend the 2021/22 season in NR1 as quite the coup for the Canaries.

Gilmour has been earmarked as a potentially world-class midfielder and that Thomas Tuchel has entrusted Daniel Farke with one of his brightest young talents speaks to the quality of the development inspired at Colney in recent years.

Farke and Tuchel’s prior relationship certainly helped push this transfer over the line, and the former will be thrilled at the responsibility he’s been handed by his old boss. The Scot brings another level of technical quality to City’s highly populated midfield ranks, and could well prove crucial. A

Speaking of quality in midfield areas, there are very few players who bring quite as much pound-for-pound value as Pierre Lees-Melou.

The Frenchman reportedly cost less than £4million and, from the various excellent glimpses already provided, looks to be the real deal.

An all-rounder to challenge the likes of Kenny McLean and Lukas Rupp, Lees-Melou wasn’t the most crucial signing of the window and it’s depth he’s improved most, but for the price, he was secured for this goes down as another Webber classic. A

Milot Rashica’s signing was similar to Lees-Melou’s in that both materialised from almost nothing, with not a sniff from the press until the deal was complete in Rashica’s case.

It’s no wonder Norwich were keen to keep the news under wraps, with clubs such as Aston Villa and Liverpool linked with the Kosovan recently.

While originally and predictably labelled a direct replacement for the departed Emi Buendia, Rashica is a very different player to the Argentinian and will add a fresh pace and one-on-one ability previously lacking in the City ranks.

After a difficult final season in a struggling Bremen side it remains to be seen whether Rashica can adapt quickly enough to English football, but if he can the 25-year-old could be crucial to the Canaries’ chances at survival. A real coup, again. B+

A familiar face for Rashica will be ex-Bremen teammate Josh Sargent, who also joined the Canaries following Werder’s relegation.

With only 31-year-old Teemu Pukki as a dependable top-level option, City have turned to the American, who they hope can provide able backup this season before replacing ‘the goat’ in the long-term. In this way Sargent’s signing resembles that of Gunn, and seems astute business.

At £8million Webber has certainly paid the price for a combination of top flight experience and potential, but after some encouraging performances the 21-year-old looks like he could be worth it for Norwich. B-

Perhaps the closest City have come to a successful transfer ‘saga’ this summer, Christos Tzolis’ arrival has long been in the pipeline.

Tzolis also arrives with the greatest intrigue and at just 19 deserves the most patience and time to acclimatise. The Greek did cost Webber close to £9million, however, and will have to become a significant part of the City team at some stage if he’s to justify that price tag.

The YouTube compilations look great, and the Greek’s debut against Bournemouth was very encouraging, but this may be one worth revisiting in a few years’ time. What’s wrong with getting excited about if for now, though? B

There may not be any signing less exciting than a backup full-back.

In fact, there’s generally been a great deal of anticipation around every signing that’s been made in this window, with Brandon Williams’ season-long loan the exception. Of course, Williams’ signing does fill a hole that probably needed filling given Sam Byram’s injury woes.

It is, however, worth questioning whether City’s final domestic loan was best used on a second-choice full-back when the Canaries struggled so significantly in their attempts to recruit in more crucial areas.

Byram’s own 2019/20 season is evidence of what a diagnosed season of deputising can turn into, but given the quality possessed by Dimitris Giannoulis and Max Aarons City fans will be hoping a similar situation won’t arise this term.

Still, Williams looks like a potentially smart signing and a marginal gain, and adds to the versatility Webber was hoping to improve upon this summer. He’s impressed so far. B-

After what Farke described as “several weeks” working on a deal for Mathias Normann, City finally got their man with two days left of the transfer window.

There had been a gaping hole in the middle of midfield since Oliver Skipp’s departure and after unsuccessful attempts to land Bournemouth’s Philip Billing, the Canaries’ turned to Normann, who initially arrives at Carrow Road on loan.

City retain an option to turn the deal permanent next summer for what could be a club-record fee, but there is a great deal of pressure on the Norwegian international’s shoulders.

So crucial is a good defensive midfielder to Norwich’s hopes this season, this will be an A+ if it goes well and an F if it goes poorly. For a loan fee of under £2million, it looks like a decent piece of business for now. B-

City almost did their business in reverse. After highlighting centre-back and defensive midfield as two areas to improve from the outset, players in both positions were brought in in the final throws of the window.

Ozan Kabak filled the centre-back hole, initially on loan with an option to buy in 2022, and looks another coup for the Canaries, having spent time at Liverpool, Schalke and Galatasary and boasting 55 Bundesliga appearances, nine in the Premier League and eight in the Champions League.

After an opening three weeks that has less than inspired confidence in the defensive unit, City fans will be pleased with the addition of an experienced international centre-back who still has a great deal of improvement ahead of him at the tender age of 21. A