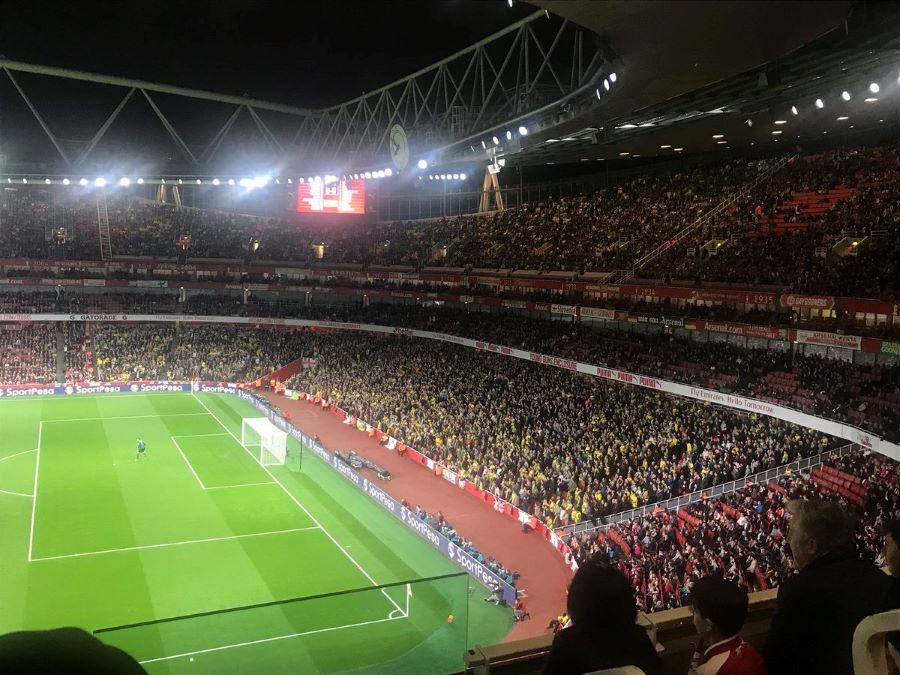 They never come at a good time, but those that come immediately after your club has signed what you hope will be two key players are especially annoying. Particularly when said players have literally a few hours at the club before they have to jet off and do a mini European tour with their countries.

That Mathias Normann and Ozan Kabak have yet to even meet their new team-mates and are yet to enjoy the pleasures of a Colney training session suggests that those travelling to the Emirates next week may only get to see their new heroes from afar. Or, in practical terms, however far it is from that corner of the Emirates that will be decked out in yellow across to the City bench.

Given that both players will only arrive back in the Fine City on Wednesday at the very earliest (Norway and Turkey are both in action on Tuesday night) then by the time they board the coach for north London on Friday, they will still be in the learning-the-names-of-teammates phase of initiation.

To learn the basics and then the nuances of Farkeball takes more than two and a bit days.

But even to see them appear in Islington in the yellow shirt will be an absolute triumph for Stuart Webber who, in footballing terms, has just played the finest hand of poker ever seen in these parts.

We’re never going to know *exactly* the names on Webber’s and Daniel Farke’s wishlist, and certainly not the exact order of those names, but I think it fair to assume that under the column entitled centre-back the name Ozan Kabak will have been somewhere near the top, while name Mathias Normann would have been very near the top of the defensive midfielder column.

Webber may have cut it fine but will consider it a job well. His patience has been rewarded – one of the lessons learned from the summer of 2019-20.

In between this summer’s list being compiled and Normann and Kabak finally signing on the dotted lines, lots and lots of names were bandied around – some of whom possibly were on the list, some of whom were merely the product of an agent’s own game of poker and others who were the product of the fertile imagination of bored teenagers.

Philip Billing was one who was clearly in the mix, as was Brentford’s signing from Celtic, Kristoffer Ajer, but beyond those two, without being privy to the top drawer of Webber’s desk, I’d be guessing.

Now the hard work begins of course but in terms of making this squad appear Premier League ready and at least in with a chance of survival, the sporting director has delivered.

In an ideal world, this group would have had a pre-season to work together; in a slightly less ideal world the squad would at least have been as one before the Liverpool game; but such was the game of brinkmanship the club was forced to play in order to get their main targets, that simply wasn’t possible.

On that basis, the fixture computer choosing to hand us such a daunting opening month may end up being a blessing in disguise. We winced as we saw the opening four games (all of us falling into the trap of assuming Arsenal would be better than they were in 2020-21) but to have three of those four now out of the way while the squad was in a state of flux has to be a good thing.

A point or three against Leicester would have obviously been a welcome bonus but in the real world, most newly promoted and bottom-half teams can expect precious little when faced with Liverpool and Man City. While there is no such thing as a free-fit in the Premier League, games against those two come, at the very least, with a health warning.

We grouped Arsenal in the opening quartet of games from hell – and it may well end up being just that – but everything that’s happened so far suggests we head to the Emirates with little to fear. They have some very good players and a highly-rated manager but by no stretch of the imagination can they yet be described as a good team.

We have to go there with hope.

Equally, there’s a well-known three-word phrase that begins with an A and ends in an H that kicks into play all too often on occasions like this, and we all know which team Mikel Arteta, if offered the pick of the other 19, would choose to play to get the Gunners’ first win of the season.

It’s a shame that Master Normann is unlikely to make it, as the qualities he brings to this squad are those of which it’s been sorely missing. In his two games for Norway, he’s looked every inch a Premier League player with the nous, physicality, and eye for a pass that will work perfectly as the ballast in a Farkeball midfield.

He also has a tendency to look for longer passes than, say, Oliver Skipp or Alex Tettey did while undertaking a similar role and so brings with him another dimension – one that will hopefully dovetail nicely with the pace that Milot Rashica and Christos Tzolis have added to this squad.

If we’re still asking Billy Gilmour to undertake that role at the Emirates, we again risk leaving ourselves exposed when the ball is turned over.

With Ben Gibson and Grant Hanley looking likely to be Farke’s first-choice pairing for the foreseeable, Master Kabak will have a little longer to acclimatise but given his profile and the high esteem in which he was held by Liverpool supporters in the second half of last season, he doesn’t strike me as one who will be too happy to spend months rather than weeks on the bench.

Either Farke gives airtime to the back-three with which he experimented in pre-season, or Gibson and Hanley had better be nigh on foot perfect. I suspect we’ll see him sooner rather than later, with Andrew Omobamidele’s impressive outings for the Republic also acting as a timely reminder of his class and growing maturity.

We have a very interesting few weeks ahead… once this interminable international break is finally over.