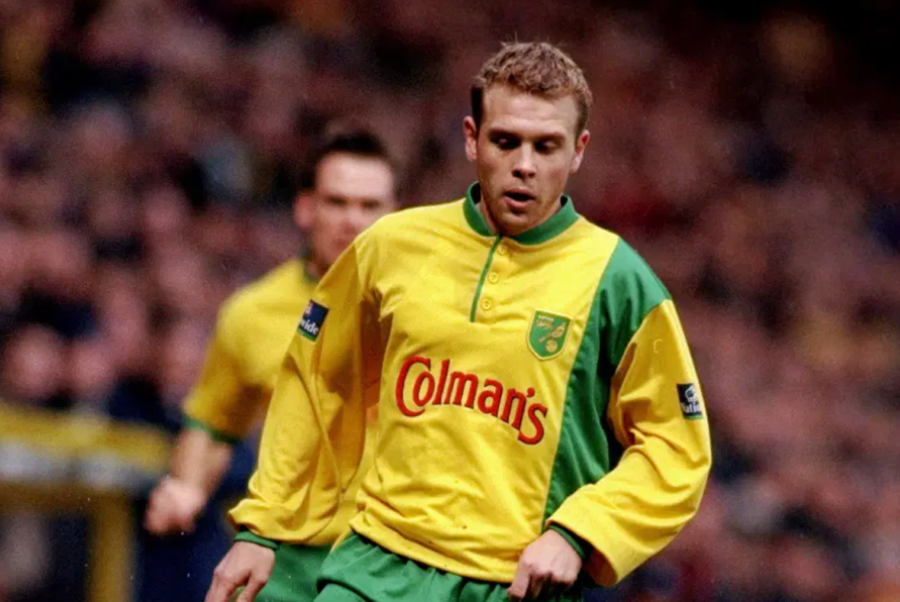 I was rooting through the oubliette of my desk draws [the bottom one with heavy stuff like property deeds and old coins in it] the other day and discovered something I thought I had disposed of ages ago when I eBayed all my old programmes and sold them to a newsagent in Costessey, together with the egg and cress top which is now worth a small fortune.

So why did I retain the one from Norwich City v Crewe Alexandra, which was played on Saturday, September 11, 1999? Because it was the only match that I took both my children to together. Rachel would have been eleven and Josh eight.

I genuinely forgot I’d retained it so it was a fascinating discovery, some details of which I would like to share with MFW readers during an era where we are in the Premier League, spending anything up to £11million on a player and extremely stable financially.

Seat belts on folks, it’s a bit of a bumpy ride.

Our main sponsor was Colmans, it was the Nationwide Football League and the matchday sponsor was Franchise Development Services. I dunno who the latter were, maybe one of our readers could tell me. The programme itself was sponsored by Mick’s Cabs and although I know a few people in that line of business nobody can recall them.

Inside there was a pull-out centrefold of Daryl Sutch, our manager was Bruce Rioch and we were rock bottom of the table with two points from five games. Wolves, Palace, 1p5wich and… Man Citeh joined us in the division at the time.

A quick glance at the back page reveals that our squad on that day included Iwan, Bellers and Darren Eadie as well as Malky, Milly and a few guys I cannot remember at all as in Ross Fitzsimon, Kevin Parker and Matthew Joynson.

For the first time in my memory, we had two French guys available on that afternoon as in Cedric Anselin and Jean Yves de Blassis. The Crewe side included one Mark Rivers of *Walking in a Rivers Wonderland* fame as well as a guy called David Wright who was our Under-23s manager until he left for MK Dons last month.

The then programme editor, one Rupert Sheldon, referred to *disgusted of Norwich* and *disillusioned of Lowestoft* in his preamble. The peasants were truly revolting during this era, eh Rupert?

I was fascinated to discover that Neil Doncaster was both Company Secretary and Club Solicitor back in the day – I never remembered that. I feel a lot more reassured that our current legal partners have been Fosters for quite a while now, who I’ve happily dealt with personally on a few occasions and have been excellent. That’s a statement of experience, not a plug!

Of course, Delia Smith and Michael Wynn-Jones were listed simply as *Directors*.

A cursory glance at the Academy page reveals that Declan Rudd went to Diss Church Junior School and Sammy Morgan was in charge of the slowly developing academy. I met Sammy once and he seemed a nice guy but I’m ashamed to admit that I’d forgotten about that encounter over the years.

Before *Yellows* was called *Strikers* it was known as *Scores* with a sit-down cheeseburger available for two whole quid. The Crewe input for the programme that day featured Steve McQueen. Shaun Carey had been our man of the match in a 2-0 defeat to Blackburn Rovers during the previous week.

(Anybody notice the self-inflicted cliché connection in there?)

Nostalgia is one thing but as soon as I read a *supposed to be funny but it isn’t* letter from Aunt Erica that was enough for me.

Anyway we won 2-1 that day and Josh enjoyed the match while Rachel didn’t and refused to go again. I’ve always known we won but cannot remember who scored and even a quick Google couldn’t help me out with that one.

Something tells me that whatever happens to us this season we are in a much better place than we were in September 1999.