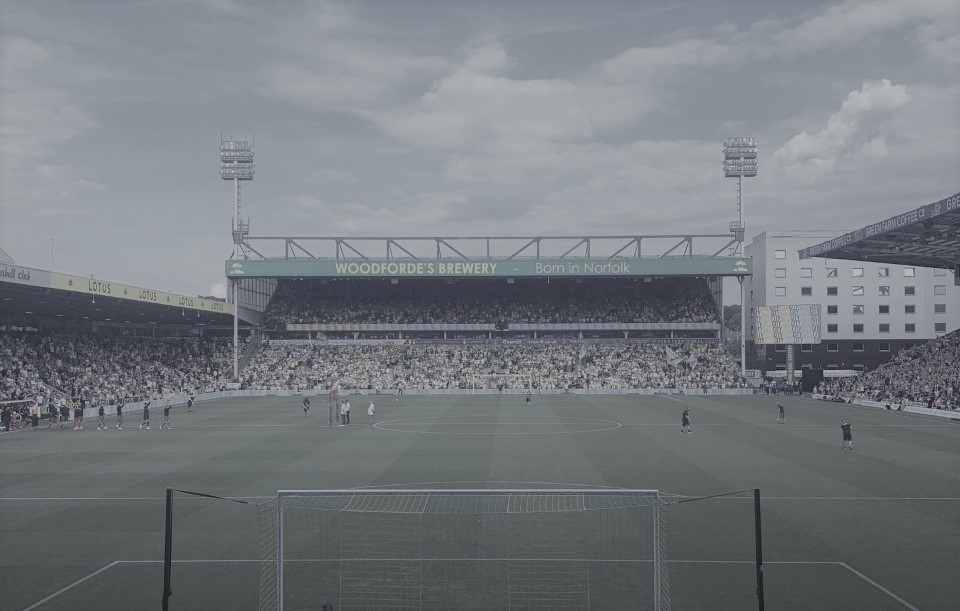 I was scheduled to pass my season ticket to a mate on Saturday. It had been an agreement for over a month as he lives in the West Midlands and rarely gets to Carrow Road at the moment. You don’t renege on a deal like that. But on Friday dinner time I was feeling the pangs of missing out at the Carra and fortuitously secured the only return available in the entire Barclay.

When you’ve been spawny enough to get a ticket in that manner you feel the Football Gods are smiling on you.

But then on Saturday morning, the twisty bits under the sink decided to have a row with themselves and we had to get Mrs P’s number two son to get it sorted before I could leave for the ground, so Don picked up my replacement ticket and I kept my own – there was no time to do it the other way round as we’d intended.

It seemed that the Football Gods were sending me some kind of signal through the Oracle of Dilham. And indeed they were.

James and Gary did the whole game to death yesterday, which leaves me with very little to add in those terms as I totally agree with both of them but I would like to confirm that things are looking pretty grim.

Some of the comments on those articles quite rightly question our ability or even desire to remain in the Premier League this [or any other] season and I am nobody to disagree with any of them.

Kind of optimistically hoping that something positive would happen against Watford, I’ve often proclaimed that we should wait until the middle of October before steaming in with judgements on recruitment, style of play and a word that is becoming a personal bête noir: formation.

It’s the buzzword of Norwich City aficionados right now and everybody has their own view on it. The only common theme seems to be is that 4-3-3 does not work for us and I’m in full agreement with that. It doesn’t.

We were so narrow yesterday that, at least on the break, we gave Watford the freedom of the flanks. Max Aarons was cleaned out twice in the first half and once more in the second. He’ll know he’s been in a game for sure and is unlikely to have spent the weekend dancing around his living room. Too many bruises for that I would imagine.

All the rhetoric from Daniel Farke just recently has been a little bit below par in my opinion. Where’s all this much-needed athleticism and physicality then Daniel? Sure Josh Sargent and Mathias Normann showed flashes of it before they tired and were withdrawn but Watford outmuscled us at every turn.

Where’s the promised tightening up at the back? We’ve already started four different centre-backs for just two places this season and while Ozan Kabak looked comfortable on the ball he was blindsided for Emmanuel Dennis’s headed opener while Grant Hanley appeared to contrive to duck under it.

If I were Andrew Omobamidele I would not be happy. The lad has done very little wrong thus far and if his reward is to *merely* be a spot against Liverpool tomorrow night my guess is he will feel cheated. I would if I were him, anyway.

Now don’t get me wrong, either Kabak or Normann could end up with the Barry Butler come May. But don’t get too attached to them my friends because if we don’t stay up we will not be signing either of them on a permanent and Brandon Williams will be back at Carrington with Man Utd training kit on.

I left a few minutes early so didn’t hear the booing, some of which was directed at Farke. It’s a bit early for that but if things don’t quickly improve there’s going to be one heck of a lot more of it.

I’ll end with a few quotes from friends who I spoke with over the weekend, every one of which is as loyal a supporter as you will find.

Scotty: “I look at the fixtures and find myself struggling to see where we will get any points from. I think we might beat Derby’s lowest points in the Prem record the way we are heading”.

Cutty: “Danny [Farke] may be the King of the Championship but he’s the Jester of the Prem. We were slow and pedestrian, Watford were slick and quick”.

And a random couple on walking down Prince of Wales: Him: “We created a new record today”. Her: “What’s that then?” Him: “Our worst ever start to a season, ever”. Me: “And 15 consecutive PL defeats in a row”.

Welcome to my first music choice of the season:

**Dedicated to the recently departed Jimmy Greaves of Chelsea, AC Milan, Tottenham, West Ham and England fame who I had the privilege to see play half a dozen times in the late 1960s.

Condolences to the Greaves family and all those who knew Greavsie well.