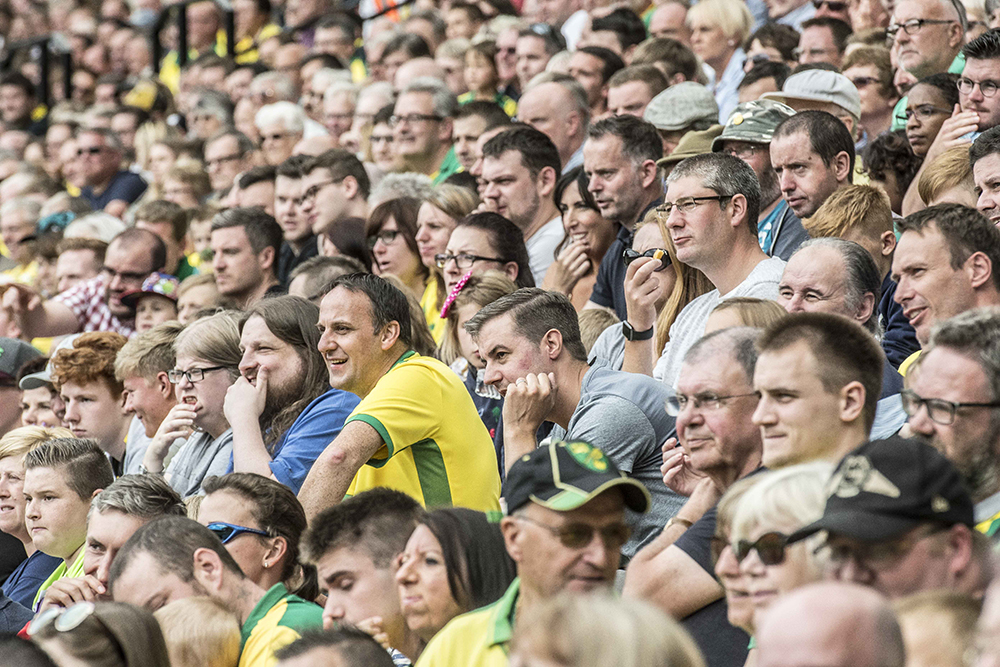 Norwich fans are no strangers to challenging times. We have a small and inglorious hall of fame of moments where being a Norwich fan seemed more an unwanted life sentence than the joy and pleasure we feel for the majority of the time.

That hall of fame includes a penalty shootout at the Millennium Stadium, or perhaps more specifically to me, walking out of the stadium to 30,000 partying Brummies at the other end.

How about THAT Fulham away performance when it was in our own hands, ending in a defeat not even the most pessimistic fan could have predicted?

Charlton away and a cold plunge into League One, Colchester at home to announce our arrival there and the infamous 7-1, the entire ‘Project Restart’ and now we have a new entry to the list; Watford at home, the acclaimed second start to the season after our recently purchased ‘armoury’.

Cheerful stuff Charlie, I know you must be thinking, yet it’s important to bring up the recent trials and tribulations to highlight a bigger point I feel.

Bad days happen in football, bad seasons and even eras can happen, in the infinite game, it’s impossible to avoid.

So why don’t we give up? Whilst a mass of empty blue seats 40 miles south of Norwich could give a very different answer, I think within the yellow walls of Carrow Road we deal a little easier in the currency essential to all football fans; hope.

It’s hope which allows us to dream, to imagine Norwich one day climbing the football ladder to a European adventure again.

It’s hope which lets us remember beating Sunderland in the League Cup and imagine once again seeing a City captain hold silverware aloft in front of a sea of yellow at Wembley.

It’s hope that can even bring us to a home game against the reigning champions with no fit centre-backs and all the odds stacked against us, and then reward our faith with a season-high performance.

Hope is something we are now going to have to lean on more than ever.

We can’t dance around it, it’s been a disappointing and frustrating start to the season, something I’m certain is felt inside the club just as much as outside of it. But we can’t throw in the towel. Disappointed yes but defeated? No.

It’s time once again to let that irrational hope to fill us up and look towards next weekend with defiance and optimism.

Fortune in football can change like the wind, and whilst it might have seemed like a horrendous gale blowing towards relegation at 5pm on Saturday, we have to believe that this Saturday could see those winds change. A new week, a new chance to change the narrative the naysayers and the national press so dearly love to remind us of.

How could we see it happen?

Well, one thing we can say of Norwich this season is that we have a true selection headache that provides us with real options to mix things up a bit. Too many mistakes or not performing to the level? You’re out and one of the many options waiting for their chance are in.

To see a bench with Cantwell, Omobamidele, Dowel, Tzolis, Gibson, Giannoulis and Lees Melou shows that no one should see their position as safe, and with a bad performance in the bank opportunity calls for one of those to step forward and show why they deserve to be first on the team sheet.

We also have players who I feel have several gears to go up and their best is yet to come in yellow.

Normann started well before fading as the game went on, but let’s see what another week of training and maybe a cup runout can bring to a player who showed glimpses of someone with a lot of talent and vision.

Kabak, though shaky in patches, hasn’t become a bad player overnight. He has however barely played a game since last May, so let’s see how he does after a run of games.

I could go on to list Tzolis, Cantwell and others as reasons to feel hopeful that this season can be turned around and it’s just a question of finding the perfect combination of formation and players.

If we need more reasons to feel optimistic, let’s look at some of those lower points in the past. Sure we got relegated to League One and lost to Colchester 7-1 but then look what followed with back to back promotions.

Project Restart was followed by ‘Project dominate the league with a record points haul’.

We all know Norwich have never done things the easy straightforward way, and hopefully the start to the season is just another chapter in the back and forth in our futures; a chapter hopefully coming to a close with a good result in our next match.

When things have looked bleak at Norwich in the past, we have often seen people step up within the club, both on and off the pitch and drive us on to success.

I feel as fans we will have to once again expend that currency of hope and trust that we about to witness a turn around that this club deserves.

Farke had his go at a rallying call, now here is mine…

We can still turn this around, I still believe in these players and this club. Let the media and naysayer sneer, let the fans of other clubs mock, whilst there is life there is hope and Norwich might have been hit with a sucker punch but it was no knockout blow.

We’ve staggered back to our feet. We are still in this fight.