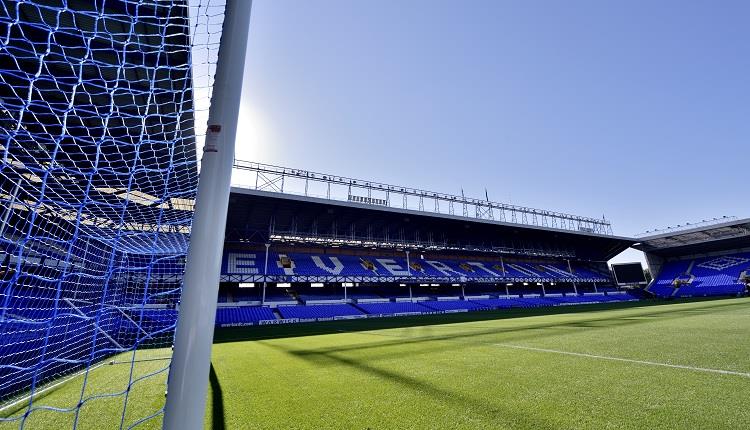 We play Everton at Goodison Park tomorrow, which is almost certainly the last chance our loyal group of away supporters, both regular and casual, will have the opportunity to visit that grand old stadium before, with a little financial help from Liverpool City Council, a new stadium is built not too far away from the current one.

It is a proud old stadium I’ve been to a couple of times and learned the tale of Prince Rupert’s Tower along the way – you know, the one that features on the Everton crest. Folks like to believe it was the one the real Prince Rupert captured against Oliver Cromwell’s lot during the Civil War but it was actually built about 150 years later and used as some kind of holding centre for petty criminals before their trials.

Speaking of Prince Rupert’s Tower, that is also the name of a well-respected Evertonian website and while I didn’t get my history lesson from there I did learn that Rafa Benitez is still extremely cagey about revealing details concerning injuries before matches. This translates to the theory that the Toffees might – and I stress might – be without Fabian Delph, Richarlison, Seamus Coleman, Jordan Pickford and my favourite Everton player, Dominic Calvert-Lewin.

If both Calvert-Lewin and Richarlison are indeed missing that will leave the Blues with a desperate shortage of striking power. But will the frankly bedraggled and seemingly demoralised Canaries be able to exploit this?

My maxim is, when in doubt, dig the posse out of the $ilver Dollar Saloon and ask them what they think of our prospects. So…

Alex A aka Ed thinks we have two major problems:

“We are seriously lacking strength in defence and having witnessed our abject display against Liverpool in the Carabao Cup I’m not convinced that Daniel Farke knows his preferred centre-back pairing. We’re far better playing 4-3-2-1 or 4-2-3-1 as opposed to employing a back three.

“Having said that, Liverpool have so much strength in depth it’s scary.

“Secondly, we have lost the knack of scoring goals In the first half against Watford, Max Aarons made a couple of really good crosses that only needed a slight connection by an NCFC player to at least test BenFoster, but both whizzed harmlessly by.

“DF really has to earn his corn over the next few weeks. He has to restore the players’ confidence, as he did after relegation and then storming to the Championship title.

“After the second Liverpool goal, I saw Grant Hanley’s shoulders drop whereas Grant Holt would have been urging the team on!

“Having said all that, I’d far rather trust DF to get us out of the mire than changing both him and his backroom staff.”

Alex B considers that five games in and no points on the board sounds familiar.

“Having watched the Cup game against Liverpool reserves with players from their under-18 squad I was not impressed with DF’s changes. I was hoping that team would be the new-look City for Saturday’s game but I might be wrong.

“Everton also had a bad night going out on penalties to QPR so we are even on that score by not being in the next round. So come this weekend will Kieran Dowell and Ben Godfrey get to play against their old teams? That’s in the laps of the managers.

“DF must be having nightmares wondering what system and players will perform best and I’m going for  2-1 to City. My team:

Cutty, as succinct as always, suggests that Everton have injury problems and couldn’t beat Championship side QPR on Tuesday so maybe we visit them at the right time.

“However, can Danny sort the wheat from the chaff? He’s trying different permutations I’ll give him that but it’s time for a clear head and a cunning plan. We might just nick a point, I don’t care if it’s 0-0, but I can’t be more positive than that.”

“So the Canary roadshow moves onto Goodison Park to take on the Toffees. Sadly I can see Norwich being unwrapped and then being well-chewed before the inevitable digestion of the performance takes place.

“Perhaps this extra week will have enabled the newbies to be better integrated into the system. But until our players are able to concentrate and cut out the individual errors at vital times all the extra training time will count for little.
Confidence in my thirteenth place prediction is creaking.

“As ever thanks to the posse for their thoughts. I wonder what our collective thoughts will be tomorrow evening. I feel like the character in Asterix the Gaul who wandered around with a cloud over his head just now but we’ll have to wait and see.”

Many more abject on-pitch failures and some folks might just end up in Prince Rupert’s Tower.