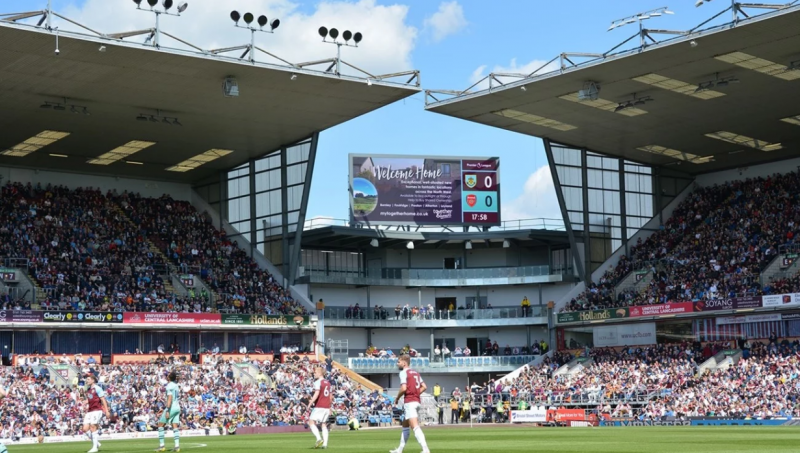 In Martin’s Monday piece, he spoke of his relief at not being on the rota to pen the Burnley preview. That particular honour is mine. Whoopee!

I pondered whether it was time to dip back into the cesspit of celebrity fan previews but the best I could come up with in terms of A, B or C list celebs who support the Clarets were Alastair Campbell and Jordan North. Well, no one needs to hear the thoughts of Mr Campbell and Master North will only be familiar to readers of a younger persuasion.

And besides, both would no doubt have told me where to go.

So you’re stuck with me I’m afraid: Mr Grumpy of Carlton Colville.

I received a few comments in the week around the rather sombre tone of my Sunday morning piece and also around the generally downbeat intonation of this site as a whole at the moment, for which I apologised.

In an attempt to redress the balance, Messrs Lewis and Dennis were challenged with delivering you something more upbeat and positive. Being the gentlemen they are, it was a challenge they both accepted. Stew’s valiant attempt is here; Mick’s followed a day later and is here.

Both were beautifully written and, typically, received a mixed response but there were enough positive messages between them to raise my mood from completely resigned to mildly optimistic ahead of tomorrow’s trek north.

There is, of course, a stat being discussed at length that pertains to when Burnley last won at Turf Moor. I’m not going there but we all know the three-word phrase (begins with Alo… and ends in …wich) that encapsulates nicely the potential peril in our trip to deepest, darkest Lancashire.

The stat in question is this one…

And yes, it doesn’t half smack of one of *those* moments. There’s not a City supporter alive who’s not thinking it.

But – and here’s some rare positivity – is it too much of an obvious ‘along come Norwich’ moment to actually be one? Will the law of reverse psychology trump the rule of the bloody obvious?

Sean Dyche, of course, will be licking his lips at the prospect of finally ending that barren run by putting one over those fancy Dans from the east who dare to think they can turn up at Turf Moor and stroke the ball around on the green stuff.

A win here for Big Sean will be a double-whammy – an unwanted run ended while putting it up those delicate little flowers who refuse to hoof it.

Alas, the gruff one has enjoyed great success against City of late. Dyche’s distaste for teams who keep the ball on the grass knows no bounds and ahead of our trip to Turf Moor in 2019-20, he had stoked up the locals; interpreting City’s renowned desire to pass the ball as a direct affront to his less-refined but more effective GET-IN-THERE! mantra.

He trumped us on every count.

The locals were raucous; Burnley scored twice in the first 14 minutes through the epitome of Dyche-ball that is Chris Wood; their high-energy, high press pressed us back in our own defensive third, we gave the ball away, and we struggled to match them for oomph.

Four months later we did taste success at Turf Moor in the FA Cup, when Adam Idah announced himself on the scene (so it can be done) but the visit of the Clarets to Carrow Road during Project Restart was yet another of those calamitous days in which Norwich City specializes when in the Premier League.

Red cards for Emi Buendia and Josip Drmic – the former thanks to Ashley Westwood, the latter thanks to sheer stupidity – rendered it game over before half-time in a match that was jointly refereed by Kevin Friend and Sean Dyche. The pièce de résistance was a late own goal by Ben Godfrey that added to Chris Wood’s goal on the stroke of half-time.

In a season crammed full of low points, this felt like the nadir.

Which is one of many reasons why it would be rather nice if tomorrow, for once, we do not kowtow to the aggression and hostility that Dyche demands of those around him. Let’s instead draw on that win in the FA Cup and tell ourselves that this can be done; that this can be the scene of our first points of the season.

This is Burnley. Win-less Burnley. The type of team we have to be able to go beat with if we are serious about staying up.

And there’ll be no surprises from Dyche. He’ll set them up Mike Bassett style with the aim to press, to harry, to disrupt, and to get balls into the box for Wood and Matěj Vydra to battle for. And battle they will.

At the back, James Tarkowski and Ben Mee will head it, kick it and launch it into row Z; the basics but the basics done well, while doing their utmost to scare the life out of Teemu Pukki and (maybe) Josh Sargent.

We all know what’s coming. But, as has been proven by their five-season run in the Premier League, Burnley are very hard to play against even if you do know precisely how they will go about it.

From City’s perspective, it’s almost pointless at the moment to try and second-guess Daniel Farke’s starting XI, or indeed the shape of the team, but they will need to be organised and not bullied. To attempt to go toe-to-toe with Burnley in the physical sense is also pointless – it’s their raison d’etre – but there needs to be enough of a platform to permit our passing game (remember that?) to be given a chance to work.

Equally important – it should go without saying – will be City’s defending from set-pieces and the eradication of those individual errors that have blighted the campaign so far.

But there’s a subtle difference between this Burnley and the one we faced in 2019-20: this one isn’t bristling with machismo and belief. They too have had not a single win to their name. And while there’s no way Dyche’s bravado would allow him to admit it, their confidence too must be a little fragile, even if they did pick up a decent 1-1 draw at the King Power last Saturday.

And so while they no doubt believe Norwich are the perfect opponents against whom to register that first win, we too must believe that a trip to win-less Burnley is the ideal chance to get our first points on the board.

This is not the time to be timid and submissive. Not the time to feel sorry for ourselves if we go a goal behind. And this defeatist mindset that it’s game over if we concede first has to end.

I’m thoroughly fed up at having to write about defeats and am equally peed off at having to read and hear the derisory comments and mockery that come flooding in from outside at almost every turn.

And I’d love to be able to watch Match of the Day for once.

C’mon lads. The fightback has to start now.

We also recognise we have not expressed our gratitude sufficiently for the kindness of our existing donors, and so there’ll be some exclusive content on its way by way of a small thank you; something we intend to make a regular feature.

So, once again, thank you. Without you, the readers, we would not even exist.