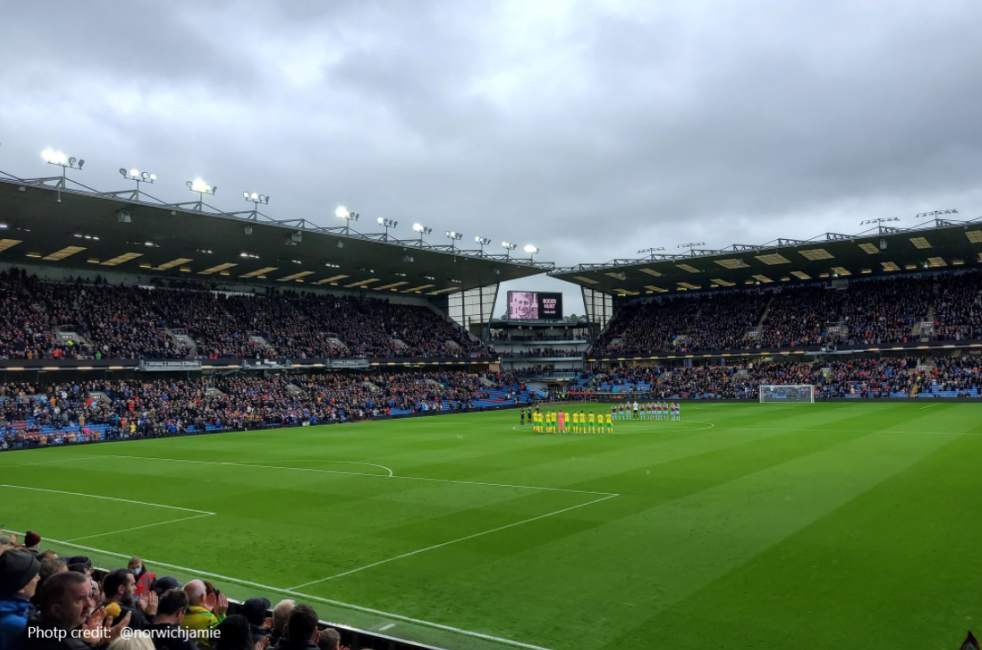 To paraphrase Jarvis Cocker, we had to start it somewhere, so it started there… in Burnley.

It wasn’t a rip-snorter of a performance by any stretch of the imagination, but it was resolute and gutsy; two words that have been absent from literally every Norwich City match report or thought piece so far this season.

As ever, when you go to a relegation rival’s patch and depart without three points, we were left with a slight sense of what might have been, and that niggling feeling that three points were there for the taking, but when you start the day point-less, you’re in beggars can’t be choosers territory.

Any away point in the Premier League is a good point. When Sean Dyche has spent Friday night and Saturday morning feeding his troops raw meat, it’s a doubly good point.

And a clean sheet! I’d forgotten there was even such a thing.

It wasn’t perfect of course. When Team Farke analyses the game, those areas that needed improvement before the trip to Turf Moor will still be there, but this time they will be able to identify some things that worked well.

The three at the back, despite many of us doubting its suitability against opponents like Burnley, started to show some encouraging signs, not least because it allows one of the three to join in and make an extra man in midfield when the time is right.

I refer of course to the run by Ozan Kabak in the second half when he slalomed his way past numerous opponents before being tripped by Jay Rodriguez at the 15th attempt just inches from the edge of the Burnley penalty area.

He’d warmed up at Everton seven days earlier with a practice run but this was the real McCoy; one reminiscent of the YouTube showreel many of us drooled over when he was first announced as a City player.

While running 70 yards with the ball, leaving players in your wake along the way, isn’t necessarily a natural by-product of the Farkeball we’ve been used to, it isn’t half exciting to watch. And with excitement having been in pretty short supply so far, let’s not discourage him. In fact, we should now demand at least one forward foray from Mr Kabak per game.

But, more importantly, he was solid, rick-free defensively, and allowed Max Aarons to advance into those forward areas in the way his coach had planned. So too was Dimitris Giannoulis able to contribute in the way the formation demands, and showed why a natural left foot on that side is a better fit for a 3-5-2 and allows the football to flow that much more freely.

In a back four, few can argue that Brandon Williams offers more aggression and bite, and is more capable of defending one-on-one situations, but if you need a wing-back to join in, the Greek international is the preferable option. Until now, he has been made to pay the price for a first-half horror show at the Etihad, but yesterday he played himself into the starting XI for the Brighton game.

And then there’s Mathias Normann. Even on debut, in that disappointing afternoon against Watford, the Norwegian international had enough good moments to demonstrate that there is a top-class player in there, but yesterday he started to really display his quality and knack for picking a pass.

In a central midfield area where control was key to Burnley’s brand of bully-ball, Normann more than held his own alongside Pierre Lees-Melou and Kenny McLean and, for once, we refused to be cowed and overrun. A bout of first-half handbags with (surprise, surprise) Ashley Westwood at its heart, was evidence enough that City were acutely aware of the need to not be intimidated.

Dyche and his second-lieutenant Ben Lees had both done their bit to stoke up the locals prior to kick-off, although Lees declaring that “we will get in Norwich’s faces” won the Premier League award of the week for stating the bleedin’ obvious. Do they have another way?

And Dyche was Dyche. Roaring, growling, moaning and seething; no doubt apoplectic that on this occasion Kevin Friend declined his invitation to co-referee the game, although the flame-haired one did his very best.

He truly is the managerial equivalent that bloke in the River End who used to spend 90 minutes yelling at the top of his voice, “GET STUCK IN!”

To be fair, Burnley do get stuck in. And they also cross the ball a lot.

But, for once, City withstood the barrage. James Tarkowski and co were not, for once, able to use their physical dominance to thrash three points out of us. We stood firm, both in the physical and mental sense.

And while it was only a point, it meant a lot.

That bleak run of consecutive Premier League defeats is finally at an end and we can move forward. We’re on the board and we weren’t that team that went along and helped Burnley end their win-less run at home.

It may only be a small step but it’s a step.

And Jarvis was right… it did have to start somewhere.