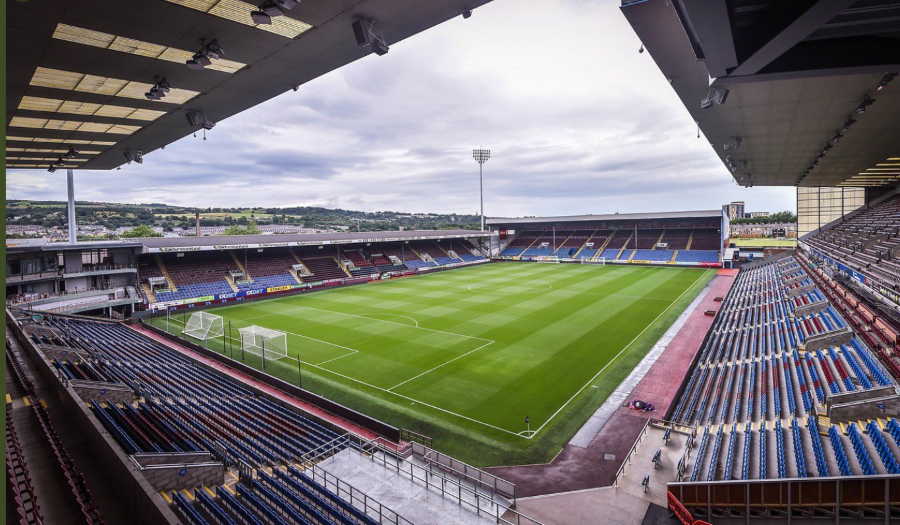 Ignore the noise is the Farke mantra. It is fortunate that he is able to heed his own advice.

In the end, Farke stuck with essentially the same team that succumbed to Everton last week. The noise was at least correct in calling for Giannoulis in place of Williams, in the same way that a room full of monkeys with typewriters (for those that remember them) will eventually write a novel.

From the outset, there seemed to be more cohesion, more purpose about the side. Pukki and Sargent were pressing the Burnley defence and forcing errors; Lees-Melou, Mclean and Normann battling well in midfield.

Burnley were, well, Burnley. Four yellow cards in the first half is an ample description of the robust approach to the game taken by Dyche’s side but, for once, the City defence held firm, restricting the home side to a handful of half-chances. When they did come Krul was alert and ready.

A cheeky, quickly taken kick was played in and Krul punched clear, appearing to catch Vydra in the process. A second quick ball in found Krul at the near post and he gathered with ease.

At the other end, opportunities were also hard to come by. Lees-Melou flicked a ball to Pukki but it ran away from the Finn. Sargent won the ball, lost it, won it again but couldn’t force it through to his strike partner. With Giannoulis on the left, City were much more balanced in attack – both he and Aarons were prominent in many City moves.

20 minutes after the incident with Krul, Vydra went off and was replaced by Rodriguez, who was immediately into the action – his header meeting the not inconsiderable chest of Hanley. City were imposing themselves on the game more and on 43 minutes, after good work from Sargent, Lees-Melou had a shot well saved by Pope.

In a classic moment from the Farke playbook, only Krul emerged after the half-time – the rest of the team following several minutes later whilst the Burnley players looked on bemused. How ironic that the founding member of the Daniel Farke fan club, Chris Wilder was spotted in the stands…

When the half finally got underway, it was Burnley that moved forward, a McNeil shot being beaten away. Kabak then received the ball in his own half, ran all the way the edge of the Burnley penalty area before being tripped at the third time of asking by Rodriguez. The resultant free-kick bought another save from Pope.

City were finding some fluency in possession, the ball was well worked out to Giannoulis who crossed dangerously but  Pukki was unable to fully gather the ball and it was smuggled out for a corner. Burnley hit straight back but when their attack broke down, following a miss-hit shot and a Krul parry, Sargent was able to break strongly, eventually being smothered and another corner to City.

From this one, Kabak headed well over but was one of fout City players in an offside position.

Dyche made what was nearly a game-changing substitution on 60 minutes. Aaron Lennon going off to be replaced by Gudmonsson. This was the prelude to Burnley’s strongest phase of the game, the Icelandic winger cutting back onto his left foot to play the ball in causing far more problems for Giannoulis than the former England man.

For nearly 10 minutes, it was backs to the wall for the City players.

Ten players back, they battled and fought multiple Burnley attacks. The closest they came was when a ball beat everyone and surprised an unmarked McNeil at the far post, who couldn’t make the chance count.

Even when City won the ball, they couldn’t make it stick. Normann made a great block and found Giannoulis. He made a run into the Burnley half but was dispossessed.

The home side struck back, and the ball found Taylor on the left. Aarons won the ball initially but Taylor fought his way into the area, followed by a blatant dive. In the ensuing fuss, Aarons was booked for indicating that the referee should brandish another yellow card.

City finally broke the pressure on 77 minutes. A long ball out of defence found Sargent who was flattened. The free kick gave City a chance for a breather. They found Giannoulis on the left who beat his man and from his run into the box played a teasing cross towards the unmarked Aarons, who was just beaten to the header.

The midfield trio of McLean, Normann and Lees-Melou had worked hard all game but during the spell of Burnley pressure, had begun to look a little leggy. On 79 minutes, Rupp replaced Lees-Melou and Rashica replaced Pukki as Farke attempted to inject some fresh energy into the game.

Both sides had chances in the final minutes, none more so than when a static Giannoulis was beaten in the air, but the powerful header was over. Idah replaced Sargent for the final minutes and battled well with Tarkowski, ultimately unable to affect the result.

This was a far more convincing City performance.

Yes, there were still mistakes that may have been punished by better sides than Burnley, but there were improvements almost all over the pitch. The back three seemed to relish the challenge – loudly celebrating when a Burnley attack was defeated by an offside decision. Gibson, booed at every touch by the home fans, looked solid both in possession and defence. Kabak much more comfortable.

In midfield, Normann was at the centre of much of the action and alongside McLean and Lees-Melou looked to be far more organized and able to track runners, win the ball and set attacks in motion. Both fullbacks were far more involved too providing a steady stream of crosses.

City still lacked a real punch up front though. Pukki made some great runs but the ball never seemed to sit for him once again. Sargent battled gamely, coming into the game much more in the second half. He provided some good physical ballast and support without ever really threatening.

So going into the international break, this performance was the minimum required to keep the doom-mongers at bay.  Finally some fight, some spirit and some determination from the City players.

This is at least a foundation upon which City might be able to put their season on an upwards trajectory.