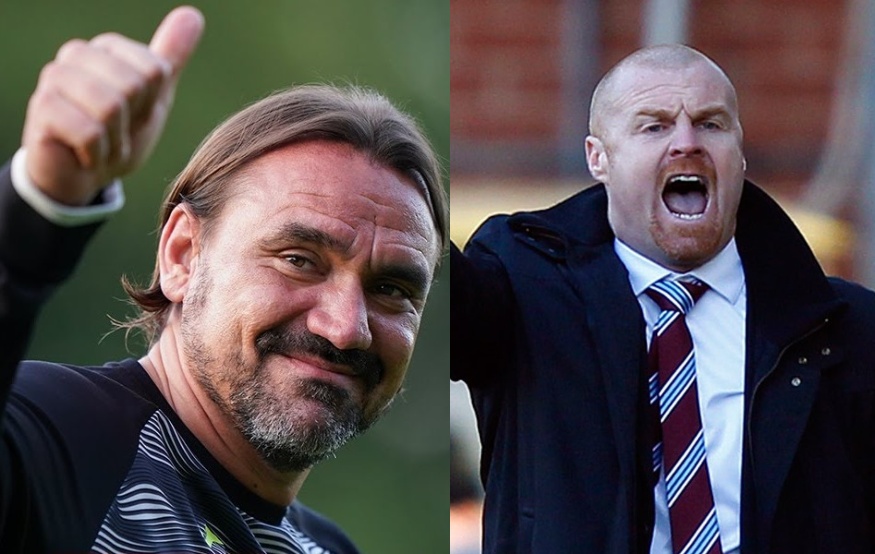 From little acorns mighty oaks do grow, proclaims a proverb that originated in England during the 14th century**.

If they fall far enough away from the tree not to be suffocated by the arboreal donor, passing squirrels do not hoard them over the winter so that they shrivel and die and the weather remains generous to them this will surely come to pass.

Or it would have done in medieval times when there were no massive housing developments that threatened to cut their parents down at will, anyway. No, I haven’t suddenly developed a liking for Caroline Lucas and her crew but I respect woodland and the great enjoyment it can bring to humans and canines alike. Enough already.

Our first little acorn of the season has potentially fallen in a place that might bode well for its survival. As in a most unexpected and thus all the more welcome 0-0 draw at Turf Moor on Saturday when we stood toe-to-toe with Sean Dyche and his Burnley bully boys. They won the match on bookings by five to two but we weren’t innocent in that respect either. Good, says I.

The more times I watch Tim Krul’s challenge for the ball against Matej Vydra, the more I’m reliving the recent Joshua-Usyk fight. Vydra got his head on the ball first and there is no doubt about that. His reward was a double-fisted slap from Krul, who did not touch the ball whatsoever, and Vydra had to go off with concussion about 10 minutes later. We got VAR lucky for once in our Yellow and Green lives.

Dyche and the Clarets fans were baying at referee Kevin Friend for most of the match. Think back two seasons and I have no sympathy whatsoever – this was your turn to suffer at the hands and whistle of the official, my Lancashire friends.

For the first time this season, there was some real Canary steel on display, exemplified by Grant Hanley and his sidekicks Ben Gibson and Ozan Kabak. The latter’s box-to-box slalom was something to behold and I certainly haven’t seen the like of it since Jon Newsome tried something similar back in the 1990s but when he did it everybody backed off him whereas Burnley were snapping in on Kabak like a pack of Orcas.

Hanley put the annoying little creature that is Ashley Westwood firmly in his place on more than one occasion. Again good, says I.

We could argue that it is only a point but to me it’s much more significant than that. Our first of the season. It ruined Dyche’s special day and he must have had a tiff with Mr Friend who this time around rejected Dyche’s offer to assist him in his job. This is my hat-trick: Good, says I.

Yes, we had little to offer up front once more but at the moment the 3-5-2 lends itself to that. Daniel Farke has vowed to reconcile this. Quite how he will achieve it I do not know but we have left the starting blocks at least – and at last. No more 0-0-7 jokes for our head coach to face anyway.

I found a couple of Farke’s post-match comments interesting.

“It was a spicy atmosphere and we were up against one of the most physical and direct teams you will see. So a first point and a clean sheet is something we can build on.

“In some ways, a clean sheet against a team as intense and strong as Burnley is as good as not conceding against Liverpool or Chelsea. My players deserve a lot of compliments for the resilience they showed”.

Looking forward, maybe this international break has come at a reasonable time for us. Our tails might not be totally flourishing yet but they are no longer curled between our hind legs. Despite our many absentees away with their respective countries, Farke will have plenty to work with over the next fortnight and hopefully use the time to good effect before our clash with a surprisingly good Brighton outfit on October 12.

As much as I criticise Delia on occasions, I bet Farke and Stuart Webber both are grateful they do not work for the seemingly faceless owners of Watford, who have sacked Xisco Munoz after achieving seven points from seven games. Kind of makes you think.

I don’t know if Gary brought himself to watch Match of the Day (nope – Ed) but I did with my eyes behind my fingers and the volume turned down very low. They didn’t grant us enough airtime for Captain Smug to be patronising so I survived the experience. Just.

Let’s hope the Yellow and Green acorn grows into an extremely sturdy sapling as soon as possible.

**I’d love to claim I specialised in medieval history at Uni but my knowledge of the acorns and oaks proverb actually comes from a framed poster on the wall of the Hearts of Oak pub in Lowestoft back in the 1980s when my ex-wife’s aunt Barbara and her partner Roy used to run it. Said poster explained the origins of the phrase and it kind of stuck in my memory.