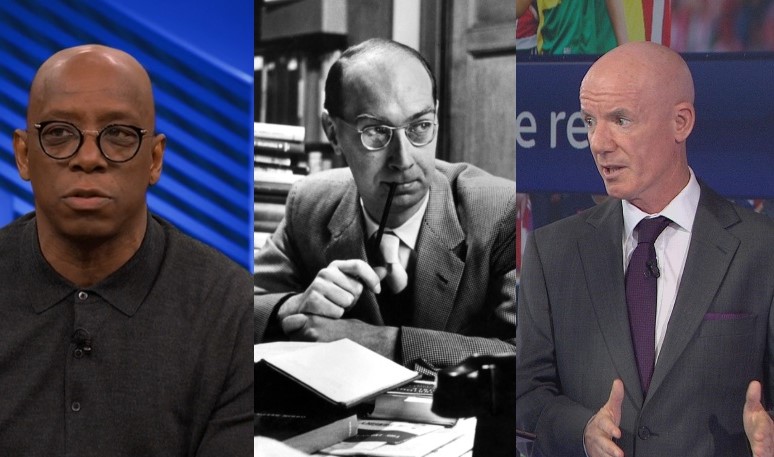 When it comes to famous writers, many are entombed within the confines of Poets Corner Westminster Abbey, as in Geoffrey Chaucer, Lord Byron and Philip Larkin amongst shedloads of others.

These writers generally got their inspiration from sitting down at places like Tintern Abbey, skulking with understandable fear and dread in the horrific trenches of WWI or some lady who appealed to them at the time – I’m looking at you in the last scenario, Lord Byron, despite your attempts to fight in Thessaloniki for what you somewhat foolishly thought was a noble cause.

Unlike Lord Byron, I get my inspiration from taking one of our dogs, Geezer the Patterdale, out for a walk when the sun rises or goes down. While he roots around on the scent trail I amble along beside him, constantly ready to sprint at short notice if he finds some small furry creature he wants to hunt down. Which is often.

Yesterday Geezer and I had a silent but pertinent chat about Norwich City’s start to the season. He suggested to me that referees and refereeing should be top of the shop just now – and who am I to argue with a terrier in the prime of his life?

MFW commenter Tony said the other day that my instant take on the Tim Krul/Matej Vydra fisticuffs incident was wrong and quickly added that *media man* and ex-ref Dermot Gallagher said that the decision not to punish Tim Krul was the right one. Looking at it yet again I’m not totally convinced but Tony and Dermot’s knowledge of the interpretation of the laws of the game are both far superior to my own, so fair play to them.

Initial reactions from Ian Wright and the entire population of three and a bit stands at Turf Moor immediately declared that it was indeed a penalty. I’m just a guy who goes to games and yes of course I know the laws of the game but probably not all of the finer points as they are applied today. That’s just me being honest.

Many of us, both on this site and elsewhere, often flag up the issue of whether referees are influenced by particular big stadia environments or certain coaching teams. Maybe, maybe not.

Believe me, I have a dislike of Simon Hooper and would be grateful if he never refereed us again. But the one thing I must say to counterbalance that is that I absolutely hate it when some eejits suggest referees are *bent* and *bribable*. I have never seen any evidence of that and while I’m generally a cynical old $od I simply do not believe it to be true.

When it comes to MFW, writer Mick Dennis is a qualified referee and also a mentor to some officials coming through the ranks. Commenter Don Harold is a qualified referee too and they both know far more than I do about the *trade*, if I dare refer to it as that. I guess it’s a profession at the top level these days and there’s absolutely nothing wrong with that.

My sole experience of refereeing was helping out my old teacher mate Nick nearly 40 years ago at a primary school in Loughton, Essex, when he simply wasn’t available himself due to other pressures. I wouldn’t be allowed to do it now without a CRB check but in 1983 that wasn’t an issue, so I did.

Dogs’ abuse wasn’t in it. Not the kids on the pitch but some of the parents on the touchline. One or two didn’t even stay behind the white lines. I didn’t feel intimidated or worried as such but I vowed I would never referee again – even a park match – and stuck to that decision. If I want to hear the *C* word I’ll go to my local boozer where I know the lads don’t mean to use it.

There is a lot more to being a referee than many of us might imagine and in my view, while we might disagree with their decisions [especially when they go against NCFC 🙂 they call them as they see them.

I think it was Mick D who said the best advice for a fledgling referee is to *give what you see*.

I checked with Geezer and via a gentle growl he agreed with me that maybe we should cut referees some slack. After all, we’d all be lost without them, wouldn’t we?

That’s about as poetic as Geezer and I get so it won’t be Poets Corner for us but in a wild flight of fantasy on yesterday’s walk we questioned what John Keats would write if it were an ode to a Hooper rather than to a nightingale.

It probably would have been quite reasonable though – upper class Victorians were very polite on the surface.

**I’ve just been presented with a fantastic book written by one Gareth James, entitled: *Norwich City – On This Day* and I thought I’d share October 6 with you good folks as in:

1971. Craig Fleming was born in Halifax, Yorkshire. He formed a brilliant centre-back partnership with Malky Mackay that helped City to a play-off final and promotion. He was named player of the year in 2004 and played every minute of the 2004-5 season, the only City player to do so.

And as many of us will remember singing: there’s only one F in Fleming.