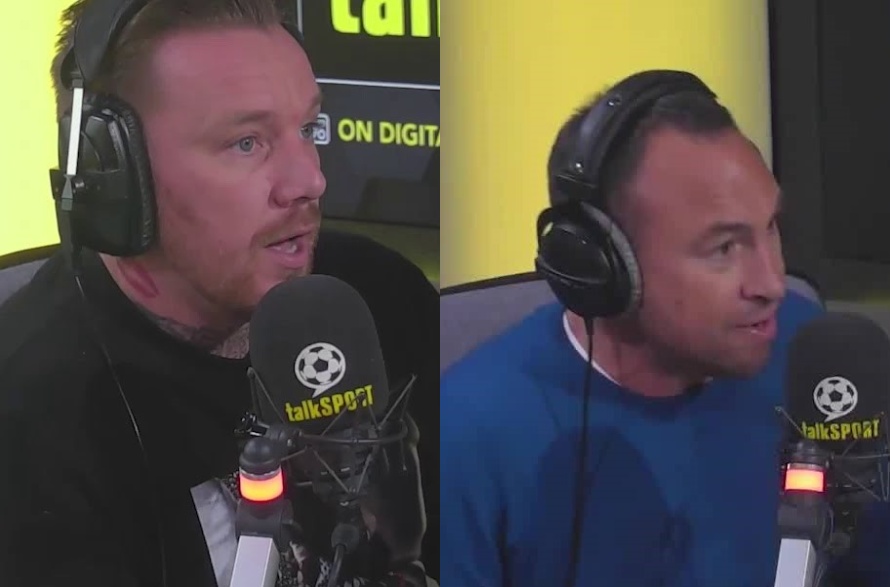 Those of you who don’t frequent social media and are able to resist the dubious delights of talkSPORT may be unaware that said radio station has been less than complimentary about our beloved Norwich City over the last couple of months. Not just the once, but consistently… on what feels like a weekly basis.

Some have even accused the talkSPORT hierarchy of an orchestrated campaign to besmirch the previously good name of the Canaries, as we attempt to negotiate the murky waters of the Premier League. I’m not sure.

It could simply be that they see City as easy prey (they have to talk about something) and that we as a fanbase, as we prove time and time again, are super-quick to ‘bite’ if anyone, other than ourselves, dares to mock our club’s attempt at staying in the Premier League. Either way, whether it’s purely intended to generate views and clicks or not, it is REALLY starting to irk.

It shouldn’t, of course, and by reacting as we do – as I am now – it generates the type of noise and discussion they are looking for but. equally, by not reacting it feels like the club becomes nothing more than a sitting duck for their ill-judged attempts to kick us when we’re already down (not literally… yet).

I wrote about it back in August.

It just all seems so odd. Since when did it become cool to punch down on the little guy?

The latest in a very long line of derogatory comments came on Tuesday night when Jamie O’Hara – he who made the gigantic leap from average footballer to gobby pundit – declared that so poor are City, the Premier League would benefit from being reduced to 18 teams, which negates the need to have “dross” like Norwich City in it.

I’ll not post a link because that is what they want (they think they’re really clever in garnering a reaction, even though it’s easier than shelling peas) but to give you a flavour of O’Hara’s latest salvo…

O’Hara’s comment followed less than two days on from another talkSPORT NCFC broadside, this time from another unknown called Ben Fletcher whose particular brand of derision was based around comparing Brentford’s flying start to our own.

But it’s not just talkSPORT’s trainee presenters who they use to stoke up the anti-City City rhetoric. They’re quite happy to offer a platform to fans of other Premier League teams whose Norwich bashing then offers them an alternative angle for tweeting links that are guaranteed to rile us.

To quote a West Ham fan:

Quite why they have chosen to go in so hard on City with the season just seven games old is still up for debate (although do have more than their fair share of ex-Ipswich players on their pundit roster) but their not-so-subtle continued assault on City tends to follow a familiar pattern:

O’Hara’s latest missive around the Premier League being reduced to 18 teams to shed deadwood like “useless” City worked made perfect sense in Jamie’s head until it was pointed out to said not-sharpest tool that in fact we actually won the Championship and so would have been the 18th team.

And it takes quite a leap of faith to suggest that the team that last season won the Championship by six points is undeserving of a crack at the Premier League, regardless of any preconceived (and wrong) perceptions around their long-term ambitions.

The TS brains trust is quick to deride us for not splashing the cash in an attempt to stay up while ignoring the fact we spent circa £50million this summer. Quite how wisely that money has been spent will only be revealed next May – another argument altogether – but to be accused of having no ambition by virtue of spending so little when we have spent, in City terms, record-breaking sums is just a bit nonsensical – something in which O’Hara and Jason Cundy specialize.

This is all based on the lazy formula: chances of survival = money spent.

The trust also accuses us of lacking ambition – presumably the same type of ambition shown by the likes of Derby, Reading and Sheffield Wednesday – and seems to believe that our whole club, from top to bottom, is geared up solely with the intention of soaking up Premier League prize money for one season with a view to scuttling back to the Championship as fast as our tiny legs will carry us.

To be fair, some of our own supporters are of a similar view, but while it’s never 100 per cent clear that our owners are totally enamoured with life in the Premier League, there is no way that Stuart Webber and Daniel Farke would be anything like content with that approach. Both have professional reputations to protect if nothing else.

And Messrs Cundy and co are taking us for fools if they believe that we, as City fans, would be happy to accept that our club’s ambitions do not extend beyond the yo-yo cycle.

We may get frustrated at times that our club struggles to be competitive at this level but, equally, we understand that our business model, as it stands, makes this extremely difficult – again, another conversation for another day. But our attempt at Premier League longevity using the Good Life principle doesn’t mean we don’t want to survive or are not trying to survive.

It means we understand that our club, through necessity, is doing its best to live within its means without huge injections of cash from external sources. Quite why we should be mocked for trying to do that says more about the mockers than it does us. I assume talkSPORT’s finest would prefer us to ‘go for it’ Derby County style and then worry about the consequences later.

So, yes, of course we should ignore the noise but it feels like this constant punching down on a club that is simply trying to do what feels like the impossible on a budget that is, in comparative terms, minimal feels akin to the small kid getting picked on by the playground bully.

We don’t love the fact we’re bottom of the league, neither do we love we have been pretty woeful so far, but for this club to be accused of being worthless and unworthy of its place at the top table absolutely stinks; especially when some of the accusations levelled at it are merely the product of ignorance.

We accept we’re not very good at the moment, but the season is seven games old. We’re not done yet. And to prod and mock us because we live within our means is, if you think about it, just a little bit ridiculous. Right?

To paraphase Kevin Keegan, I would love it if we survive and prove those wags at talkSPORT wrong… love it!