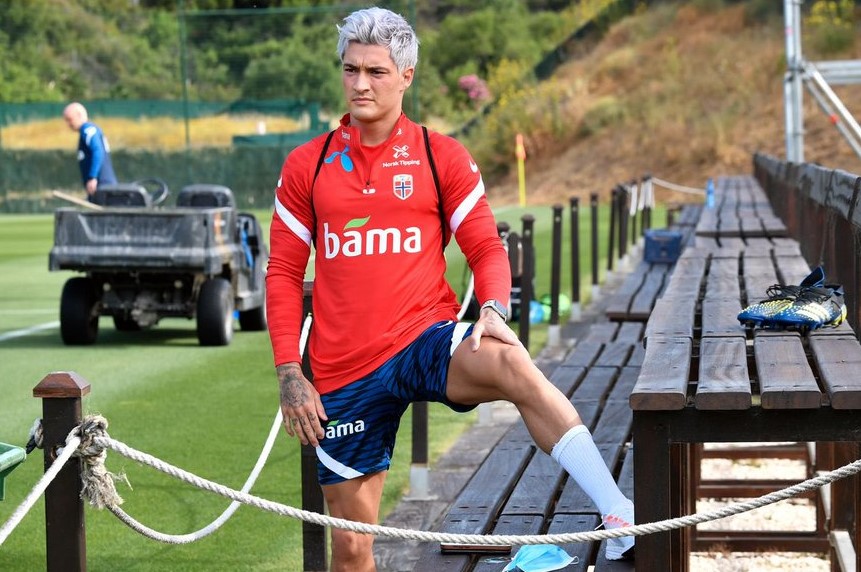 There certainly should have been more surprise when the nominated defensive midfielder for the Premier League’s bottom side pirouetted between defenders and kissed the Burnley bar from a tight angle. But because that player was Mathias Normann, there was very little.

City’s latest Norwegian destroyer may have been brought in to fill the Oliver Skipp-shaped hole and protect a vulnerable defence, but when barges and tackles are combined with a desire to take every one of the Canaries’ set-pieces and a beautifully satisfying eye for a pass, there’s a feeling Normann is attempting to achieve every single thing required to keep his side in the top flight all by himself.

Even during the midfielder’s introductory interview with the club he outlined that “I like to tackle, win the ball, use my body, be on the ball, dictate the game.” While previous defensive midfielders – namely Skipp and Alex Tettey among swathes of disappointing replacements for the latter – have been defence-first, Normann possesses more finesse even than the best midfield enforcers.

Admittedly, the reliance on the Norwegian has been a worrying sign for the City attack – Normann’s two speculative efforts were the best chances created in a 2-0 loss at Goodison Park – but since the departure of Emi Buendia to Aston Villa Daniel Farke’s side have severely lacked a player willing to grab the bull by the horns and set about earning points.

Despite Farke pulling off a minor masterclass to earn his famously soft Norwich a point at Turf Moor that he described as “more valuable than a point at Liverpool or Chelsea”, many wrinkles are left to iron out. It’s simply not sustainable to rely so heavily on a single player as they did on Buendia last term, as was proven when the Argentinian went off the boil during the 2019/20 campaign.

Therefore Farke must decide which of Normann’s numerous capabilities are needed most, allowing his number 16 to flourish in that role and focus on the relevant duties.

City are not lacking in good long passers, and have one of the world’s best in Billy Gilmour as well as Pierre Lees-Melou, whose by-footed prowess wowed fans during pre-season. The gaping hole in pre-season was in the defensive midfield role, and Jacob Sorensen’s apparently fading hopes of a regular place in the matchday squad has exacerbated this issue.

For this reason, Farke must tap into Normann’s muscle and fight, aspects that may not have been constant in his first three games in a Norwich shirt but that have certainly appeared.

The Rostov loanee has won 1.6 tackles per 90 minutes this season, leaving him fifth in City’s standings, but he still trails the likes of Oriol Romeu (2.03) and Sean Longstaff (2.68), players who play in the same role for comparable opposition, significantly.

Normann’s passing numbers are also relevant when compared to his City competition. Although the 25-year-old has progressed the ball further than any other Norwich player (318.4 yards per 90), his pass completion rate has been just 69.7%. Gilmour boasts an impressive 85.3%, Lees-Melou 80.6% and Kenny McLean 74.5%.

The only blemish in Normann’s man-of-the-match performance on Saturday was his propensity to give the ball away with sloppy passes, an issue that Gilmour would surely combat.

While the excitement created by an all-action midfielder has provided relief from a largely underwhelming season, Stuart Webber’s transfer business was done with the aim of creating a team capable of competing in the Premier League.

Now Farke must decide which players are to play which roles in order to avoid coaching a club reliant on a few overly burdened stars.