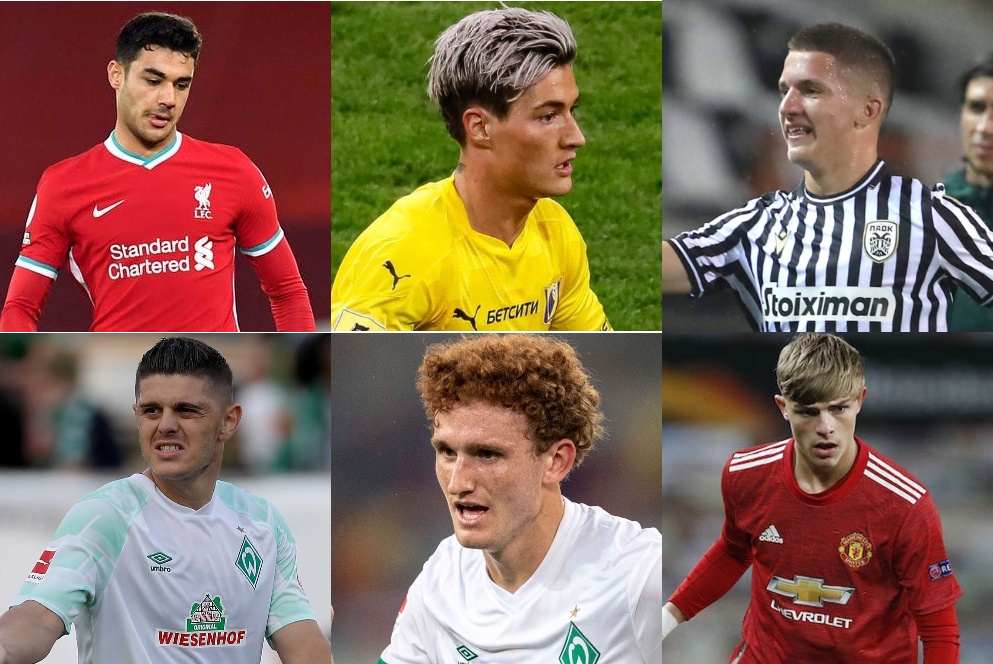 The one positive I get from international breaks is that it gives the Canary Nation time to relax, consider, look to the future and also take a bit of a glance over the shoulder at what has gone on during, in this case, the first 20 per cent of the season.

With the latter in mind the posse, instigated on this occasion by Alex A, have volunteered to share their thoughts on our new recruits, what they have brought to the table so far and how they – and we – might progress from here. So without further ado, they’re saddled up and ready to go.

Alex A: It goes without saying that both Ben Gibson and Dimitris Giannoulis were worth adding to the squad. Mathias Normann and Ozan Kabak most certainly look as though they’re adapting to Farkeball, as do Christos Tzolis and Billy Gilmour.

Unfortunately, I think it’s unlikely that we’ll see both of the latter on the pitch together, as that would leave us quite weak in defence. Josh Sargent is getting there and by him not joining the USA squad, it will give Daniel Farke and his coaches more valuable time to work with him.

The little I’ve seen of both Milot Rashica and Pierre Lees-Melou is promising. The jury is still out on Brandon Williams. Farke has an unenviable task going forward, as in maintaining a solid base defensively while at the same time posing a real threat to the opponents’ goal. One thing I know for certain – I trust him to get it right, but I expect a few fans will become disgruntled until we record our first win.

Alex B suggests in a very methodical manner:

Ben Gibson (£8.4m, Burnley) was made permanent after a season-long loan that ended in injury. He is still trying to find his best form but should prove to be a good buy.

Dimitris Giannoulis (£6.3m, PAOK) is another made a permanent fixture after a six-month loan. He still has a lot to prove but looks good.

Angus Gunn (£5.3m, Southampton) had a great loan previously from Man City but lost his way at Southampton and is still young enough to come good – a long-term prospect.

Milot Rashica (£9.9m, Werder Bremen) I had never heard of before he signed but we were told City beat a lot of top clubs to sign him. We’re still to see the best of him but he looks OK in his cameo roles.

Billy Gilmour (loan, Chelsea) has too much pressure on a young man’s shoulders. He’s yet to score but could be a missing link at #10. [I reckon the missing link has been regularly found at No.10 for a few years now and often stays there overnight – Martin]

Pierre Lees-Melou (£5.4m, Nice) gives me hope we have found our Alex Tettey replacement. He likes to take a shot and I think he will be a surprise package.

Josh Sargent (£8.6m, Werder Bremen): it seems we had been chasing this young man for a couple of months, he showed what he could do against Bournemouth and now needs to get his Premiership career going with new partner Teemu Pukki.

Christos Tzolis (£9.9m, PAOK Salonika) is another from leftfield like Sargent and had a great game against Bournemouth, injuries have slowed his Premiership chances but has made a couple of exciting cameos. Another with potential and a long City career ahead of him.

Brandon Williams (loan, Man United) really started with a bang in taking the left-back slot, 50 games for Man U so knows this league. He needs to find more consistency but should be a good loan.

Mathias Normann (loan, Rostov) was a late arrival and will he be the new Olly Skipp? Not really, that would be difficult to do. He has all the ingredients to become a star at City with his long throw, free kicks and a fierce tackle. I really like what I have seen and a great addition to the squad.

Ozan Kabak (loan, Schalke 04) was a very late arrival to the club so had no time to get to know the team or the Club. He has shown he will fit either a 3-5-2 or a 4-2-3-1 and likes to go on runs so could also potentially add strength to the midfield.

Cutty claims from darkest Wensleydale: Trying to assimilate nine new outfield players plus a new keeper into the squad and turn them into a winning team in a short period of time, whilst playing against some of the best teams in the world, is proving to be a mammoth task.

At the moment one of Danny’s solutions seems to be a tactical change from 4-3-3 to 3-5-2. Leaving just three at the back when we’re getting hammered appears daft but with Aarons. Williams and Giannoulis being attacking wingbacks you could argue that the formation is actually 5-3-2. Plus having two up front to help overcome our lack of goals is no bad thing. So it gets a tick from me.

Gunn kept a clean sheet against the Cherries, but his time is yet to come and he is a good acquisition; Kabac is a skilful player with bags of potential. I think he’ll be a regular in the back 3/5. I was surprised to see Williams on the bench against Burnley, I like this player but he has his hands full in competition with Giannoulis.

Normann is the pick of the bunch, a real gem. I’m praying he can stay fit. Lees-Melou has seen more game time than any of the others so Danny likes him, but he’s not ripping up any trees. Gilmour has a lot of hype to live up to, I’m disappointed so far and I bet he is too.

Tzolis played a blinder against the Cherries but is finding life difficult against Prem opposition. Not too sure about this guy but wouldn’t write him off just yet. Rashica, like Lukas Rupp, hasn’t survived the change to 3-5-2. I haven’t decided about either of them tbh. Sargent got a brace against Bournemouth and has slotted in well alongside the Goat but does he have the killer touch at Prem level? I bet Cantwell and Idah fancy themselves in this slot.

So a mixed bag and I’m disappointed there’s only one gem so far but the potential is there. Maybe, just maybe there’s still time for some of them to propel us into the *sunlit uplands*, with apologies to W.C. Not Fields, although one of his quotes could apply to Danny as in *if at first you don’t succeed try, try again. Then quit. No use being a damn fool.*

Bernie Owen proffers that he’ll start with our new goalkeeper and work forward from there: Gunn is the son of a legend, has been here before and won’t let us down while Williams makes for good defensive cover. He won’t replace Max Aarons but will push and improve Giannoulis. Kabak could be a steal. He will improve with game time and is a definite starter in a back three.

Normann is already looking like a first name on the teamsheet player while Gilmour might not get as many games as we thought due to his lack of physicality. Lees-Melou is nowhere near as skillful as Gilmour but has the physicality. He won’t appear in every game.

Sargent is starting to build a partnership with Pukki; it’s a work in progress but as he’s been left out of the USA squad this time and it will help his bedding in.

Early doors the best of our signings looks to be Normann, followed by Kabak. Williams could be the weakest and, honestly, I’m on the fence over Gilmour. Plenty of under-23 signings have been made and the first one to step up could well be Flynn Clarke.

In November we have another window for internationals and we’ll know more by then.

So it’s a huge thanks to the posse one again.

As always MFW readers. feel free to agree or disagree with them as you see fit and let us know what you think.