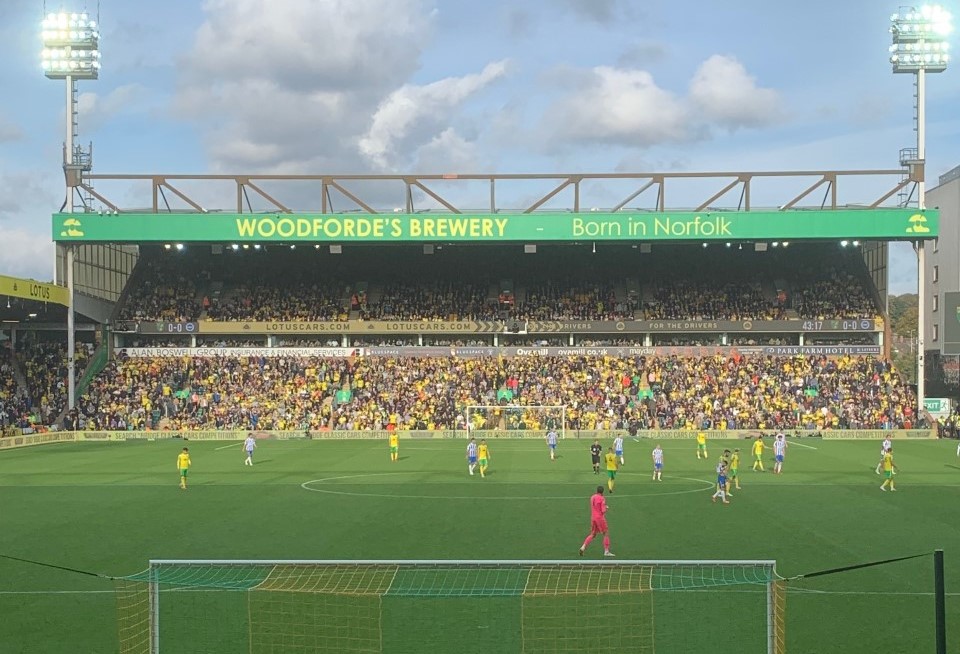 A few years after I was born in late 1957, there were two well-known USA sitcoms shown on black and white TV in the UK that were beloved of ex-servicemen everywhere.

The first was Sgt Bilko, aka You’ll Never Get Rich or simply the Phil Silvers Show. As a kid growing up I loved it in all of its incarnations, although Dad had to explain some of the plot and a few of the in-jokes. I was only ten at the time.
The other one was, I guess, slightly more obscure but found itself to these fair shores nonetheless.

Centred around two big-hearted but as daft-as-a-brush recruits to the USAAF, it was called No Time For Sergeants. Dad loved it but I really couldn’t understand much of it at the time although retrospectively it was like The Beverly Hillbillies in uniform.

You’ll already know where I’m going with this theme but you’ll have to wait until the end because there is so much else to discuss in the middle.

Yet again we were subjected to a very high press, this time from Brighton who even if Graham Potter was too diplomatic to actually come out and say it, must have sniffed blood and fancied their chances. It wasn’t to be for the Seagulls, but we plainly didn’t make the most of the chances we had and at times didn’t know whether to sit on what we had or go for broke.

I was pleased to see our solid-looking central three at the back looking pretty decent. Ben Gibson, Ozan Kabak and to a lesser extent Grant Hanley had a few iffy moments but nothing too dodgy, while Max Aarons was far more subdued going forward than usual. His fellow wingback Dimi Giannoulis was more adventurous and had occasional back-up from Kenny McLean, who I felt had one of his better games in the yellow and green.

However, the Mayor was never going to get the midfield plaudits compared to the ever-improving performances of his partners in the *three*, as in Pierre Lees-Melou [who put in his greatest shift so far] and Mathias Normann, who was at the heart of things for most of the match apart from tiring towards the end from what we now understand to be another bout of cramp. He seems to be match-fit, but not 90-minute match fit. That will surely come.

Tim Krul wasn’t actually overworked but he did everything right when he had to. That fingertip he got to Leandro Trossard’s fine effort to flick it onto the bar was something else when looked at on the Sky highlights – few in the Barclay realised he’d even made contact with the ball and I certainly didn’t from 120 yards away.

As for the penalty issue, consensus is that our Tim did catch Neal Maupay but not to the extent that the slightest of contact merited a penalty, which was shortly to be confirmed by our current ally, VAR. Screeny McScreenface had a day off so we had to make do with guesswork and assumption during the incident.

Teemu Pukki worked hard but those old bright celestial objects didn’t align for him – yet again – and Milot Rashica showed some useful pace when he eventually appeared. We’re gonna need Rashica on much, much earlier if we intend to play on the counter.

At half-time one of my matchday buddies Steve and I jested about when Farke might make any changes. He said nothing until 75 minutes precisely and I retorted with *Adam Idah on in the 89th, whatever the score*. Our personal exchange ended in a 1-1 draw, of course.

So it was a point apiece with Brighton doubtless the happier bunnies as a result.

The old thought train has returned to its point of origin at last, as in: do we have time for Sargent’s?

Well, our lad Josh busted a gut and put in a real shift but his charge sheet reads: one appalling first touch followed by a really pi$$ poor effort at scoring the first goal in front of an inhabited Barclay in something getting on for two years. In the latter incident everybody had got up in front of me so my vision was obstructed but the replays later showed the evidence. It was pi$$ poor to the core.

Guilty on both counts.

He is a young lad, learning all the time and not yet fully integrated into the finer points of Farkeball, although that itself seems to be in transition at the moment. That’s the mitigation, so he is released from this court with probation officer Daniel on hand to supervise and encourage him during this period.

I do question why we spent something like £8 million on such a raw prospect for part of our Premier League recruitment but Stuart Webber and Daniel Farke know the answer to that one, not me.

Josh Sargent only needs one to go in via any part of his body and that will encourage him. It would be good if that happened sooner rather than later, because we are already running out of *laters*.

And, as you’ve noticed, I got through the whole article without mentioning Billy Gilmour