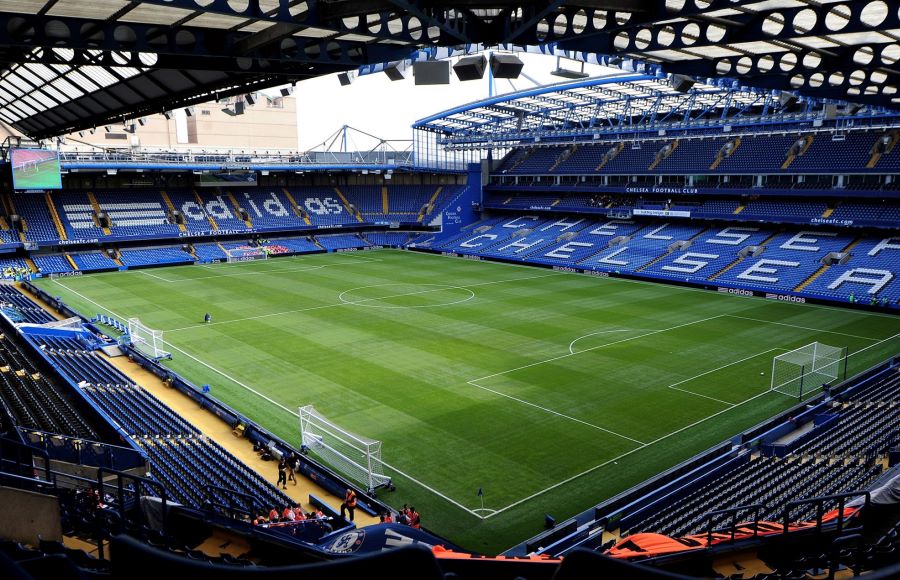 I often enjoy writing the previews. It can be an interesting exercise to analyse the opposition and try and work out how they’re likely to set up and suggest weaknesses that City may be able to exploit. In the Championship it was fun.

Then I started thinking about this game and the word “fun” didn’t enter my head.

We have definitely improved over the last two games, albeit 0-0’s aren’t blowing anyone’s skirts up with excitement. But even the most optimistic fan isn’t going to be looking at a trip to Stamford Bridge with anything other than well-founded pessimism.

Chelsea, apart from being the current champions of Europe, and terrifying from a talent perspective, are difficult to preview anyway, as Tuchel isn’t wedded to any one tactical line-up or formation. Chelsea usually line up with three at the back, but only three games ago they set up with a back four for the demolition of Tottenham, so anything is possible. They have been mostly playing two up front with Lukaku and Werner but equally, they have switched to a three on a couple of occasions as well.

Realistically all we can predict from Chelsea is that there is talent all over the pitch which can hurt us. Daniel Farke needs to find a way to minimise that ability to hurt us

From Norwich’s perspective, two clean sheets have added some measure of much-needed confidence, and if by some magic we could make that a hat-trick on Saturday, the season really would have turned a corner. The 3-5-2 has taken some getting used to but you get the feeling that Farke set us up that way not just to provide some much-needed solidity against Burnley, but also with the Brighton and, most importantly, Chelsea, games in mind, with the hope that a settled and defensively less-exposed system would prevent another Man City style thumping.

The Gibson/Hanley/Kabak axis has given that extra layer of protection that means when one makes an error, we have had sufficient cover to get ourselves out of trouble. Unless one of those picks up an injury in training I would expect the three of them to provide the protection in front of Tim Krul once more.

Giannoulis has done well defensively over the last two games, albeit we know he has a mistake or two in him. Against a defensive-minded Azpilicueta, he may be able to push forwards on occasion and be the protagonist Farke likes, so you would expect him to retain his starting place ahead of Williams.

We do still need more tangible end-product from both Giannoulis and Aarons in attacking areas right now, albeit tomorrow may not be the game for them to go full Roberto Carlos and Cafu.

The midfield may well pick itself, particularly with Billy Gilmour unable to face his parent club. At least we’ll be spared one week of Chelsea fans screaming like banshees that the loan player who played well against the Faroe Islands isn’t the first name on our team sheet because of his reputation alone, regardless of what he’s produced during his time here.

Mathias Normann has played three games and is already our most important and best player. He’s not the Makalele-style anchorman we were possibly hoping for or expecting to fill the boots of Tettey. Neither is he the Kante-esque box-to-box three-lunged successor to Skipp. He’s his own special creation, and that creation is just a very, very good all-round footballer. He can do everything, with a level of technique and aggression that singles him out as already possibly being a bit too good for us.

Around him Pierre Lees-Melou had his best game yet against Brighton, and you get the feeling that while Kabak and Normann, who have both played in England before, have hit the ground running, Lees-Melou needed a little time to adjust to the pace of the English game, but he’s starting to get it. How much more he can improve will be the real test but he’s definitely on a pleasingly upward trajectory.

Kenny McLean rebounded well from a couple of really poor games to put in some decent, tactically cautious performances against Burnley and Brighton, concentrating very much on staying in the right shape in the midfield, and Farke would be happy for him to continue this against Chelsea.

The front two is where it gets interesting. Teemu Pukki remains the most likely source of goals, and while he has notched this season and has scored for fun for Finland, questions remain about quite how sharp he’s been against top-quality centre-backs, particularly those with pace. We need him to be at his best tomorrow.

Josh Sargent had himself a memorable game on Saturday, and it’s a pity that two woeful finishes undermined what was otherwise a very good performance.

Sargent is never going to be a clinical finisher, and while he’s not got the technique of a Bergkamp or Cantona, his Cruyff-turn touch and spin to lose the defender and shoot in the first half is sufficient reminder that he has some technical ammo in his arsenal.

He gave the Brighton back three a really tricky time, winning headers he wasn’t favourite for, doing the ugly stuff that isn’t Pukki’s forte and basically being a nuisance. However, it remains to be seen how badly those misses affect his confidence or whether Farke takes him out of the firing line and gives the pace and trickery of a Rashica or Tzolis the chance to shine.

It’s the only potential alteration I’m expecting, injuries notwithstanding.

So how will we do? Let’s not be naive, it’s on a par with our trip to the Etihad in terms of difficulty. The result will show us how much we’ve learned and improved since that game. If the answer is not at all, we’re back to square one.

I’d honestly be delighted if we conceded less than three, which may be seen by some as giving up before we’ve even kicked off, but we have to be realistic as to where we can progress.

While anything can happen on any given Saturday, we know there are leagues within leagues at this level. Let’s just make sure we give them a game and bring away some genuine positives.

Norwich have never shown any interest in developing Tzolis. Just like with the Smith appointment, we became a club only focused on short term. By all means sign potential but you have to know if they are ready and plan their development to make sure it goes smoothly. #ncfc

Hardly ringing endorsement if Tzolis being sent back to #ncfc is it?