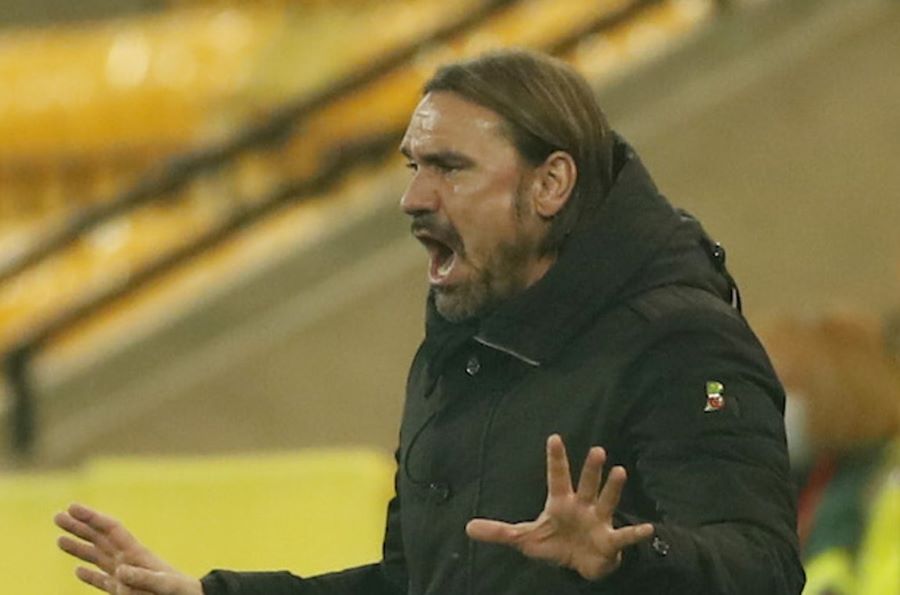 The last time Norwich City won a Premier League away game was in November 2019.

Jeremy Corbyn was preparing to lead the Labour Party into a general election, FIFA 20 was the football game of choice and Covid-19 hadn’t even entered the English vocabulary.

As the light dimmed in Merseyside and optimism started to re-enter the fray in Norfolk, no City fan thought that they’d be in a worse position in two years’ time.

That so much has changed and yet so little feels like it has at Carrow Road speaks of the cyclical nature of City’s struggle. The squad may be different and the system may have been altered but the increasingly defeatist nature of performances is all too familiar as the Canaries look to rival Derby County for the worst ever Premier League season.

As in the miserable Project Restart period, Norwich are beginning to look beaten before the first whistle, and every fan is tuning in to find out how many minutes of action they’ll be able to enjoy before the first goal goes in and the dream dies.

On Saturday they got seven.

Inevitably, the calls for Daniel Farke to be relieved of his duties have come louder than ever before, and the remorse attached to them tells you all you need to know.

City’s fanbase is desperate for Farke to be the man to bring them consistent Premier League football, but it is sadly true that memories only afford you a certain amount of grace. Even Leicester City’s famously well-meaning owners gave Claudio Ranieri the chop, less than a year after the Italian had won them the Premier League title.

Only Stuart Webber truly knows how many more defeats Farke will be allowed, as the Welshman’s belief that his colleague is “a future Champions League coach” faces its greatest ever test.

Farke has claimed that his side “cannot dwell” on Saturday’s performance, but if the German remains in position some serious reflection must be undertaken. Quite how a side built around experienced top-flight operators and clearly talented professionals has failed miserably to even compete in the Premier League must be studied and rectified, if the ability to turn things around is within the current Colney setup.

The worrying issue is that Farke’s track record shows little by way of turning things around. Even with a squad far superior to the rest of the Championship it took several months to find league-winning form in 2020 and when City went on their 10-game losing slide they allowed their issues to snowball until the end of the season felt merciful.
The ensuing recovery only came with a lot of time and money spent, along with an arduous process of scrapping for Championship points and adapting to new teammates. Unfortunately for the German that process doesn’t appear to be going so well this time around.

The Canaries looked disjointed, disconnected and lacking coherence at Stamford Bridge; worrying signs given they were the strengths of their two solid if uninspiring previous games.

There was always a worry that the visit to Chelsea would provide unfavourable context to those two points, which now feel more like the seriously low high points of a desperate season than the foundations on which to build.

Added to the mess is the mysterious case of Todd Cantwell, who missed the trip to Burnley because of personal issues but whose cryptic social media posts have done nothing but stoke the fires of speculation. It was perhaps not the best idea to share an Instagram post by Romelu Lukaku the day after the demolition.

City’s 2019/20 campaign was refreshingly lacking in training ground drama in comparison to rival embarrassing relegations, so at least this aspect feels new.

Cantwell was the only member of the Canaries’ first-team squad to taste victory this weekend, scoring a penalty in a 2-1 win for the Under-23s. You can draw your own conclusions as to what his place in that team means.

The fact is that Farke’s ever-growing list of problems is only helping compound the unrest, and very few solutions are being found.

An avoidance of the classic ‘we go again’ acceptance of defeat is key and the focus must switch to what can be changed. The obvious decision looks increasingly unlikely to be made in the coming days, but it’s looming large on the horizon.

The Premier League waits for nobody and City’s sliding doors moment is coming alarmingly early.

Britt Assombalonga?!!! That’s out the blue. Would’ve snapped your hands off for him #ncfc

I think @NorwichCityFC should get Oliver Skipp on loan before the window shut! #ncfc #transferwindow #thfc

If Norwich had sacked Smith two months earlier during the World Cup break #NCFC would still be in with a chance of automatic promotion. But would you want it anyway? The #EPL is a joyless experience without multi-billionaire ownership. What is the best possible outcome for City?

Do we get some dough if Newcastle pay silly money for Maddison? #NCFC