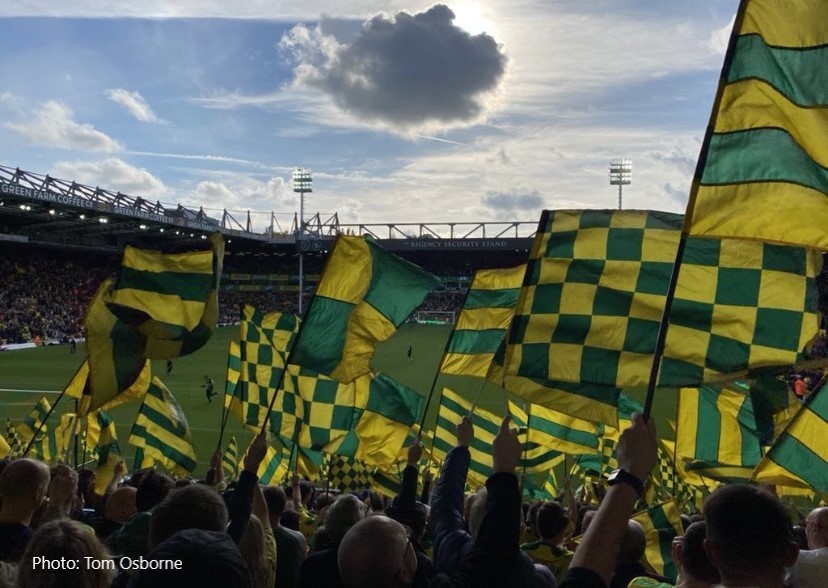 When asked by the PinkUn whether Daniel Farke’s job was under threat, Stuart Webber’s answer was simple: “no.”

That a head coach who would likely be unemployed had he overseen any other Premier League team heads into a match this weekend under seemingly no corporate pressure is an unusual one, even if most could’ve predicted that this would be their sporting director’s stance.

Some had already signposted this weekend’s game against Leeds United as a win or bust scenario for Farke- some expected a club statement before the Lilywhites’ visit- but it appears that this was an inaccurate assumption.
As always, Webber is sticking to his guns and as the Welshman’s boyhood club visit Carrow Road expecting to gain three points, he’s expecting his colleague to pull a first league win out of the bag.

But can he pull a rabbit out of a hat? City’s performances this season have done little for their fans’ hopes and they may need some magic to overcome a Leeds side containing a Euro 2020 finalist, a £30million forward and a Brazilian international.

It’s worth noting that United have also been out of sorts, and very few expected to see them in 17th at this stage when they sealed a 9th placed finish at the end of 2020/21. Marcelo Bielsa’s once free-scoring side have found the net just four times in their last eight games, so a thriller looks unlikely between them and Norwich, who have found the net twice in the league this term.

Farke may be tempted to revert to his famed 4-2-3-1 to inspire some creativity from his Canaries, as talents such as Milot Rashica, Christos Tzolis and Billy Gilmour hope to break into the City side after weeks of being left on the sidelines.

The alternatives are persisting with the 5-3-2 which looked like it was making steady progress but was partly to blame for the 7-0 embarrassment at Chelsea, and the middle ground of a 3-4-3, which would retain the solidity of three centre-backs but lose a midfielder.

With Ben Gibson suspended and only the inexperienced Andrew Omobamidele to call on at centre-back, Farke may opt for a duo of Grant Hanley and Ozan Kabak in defence, while it remains to be seen whether the generally impressive Dimitris Giannoulis will be included after being substituted at half-time at Stamford Bridge.

The Todd Cantwell saga rumbles on for Norwich, as yet another creative talent looks unlikely to feature during Leeds’ visit. The City number 14 was demoted to playing for the Under-23s last week, scoring a penalty in a 2-1 win over Birmingham.

Farke said that “nothing has changed” regarding Cantwell’s situation in his pre-match press conference, suggesting that the 23-year-old will once again be absent this weekend.

Also missing will be Christoph Zimmermann, whose recently completed ankle surgery will keep him out for a matter of weeks, and Sam Byram, who has recently rejoined team training after a lengthy layoff but whose fitness is not yet adequate to cope with the demands of the Premier League.

Contrary to the usual pattern when City are in crisis, Farke delivered an otherwise clean bill of health, meaning he’ll have numerous options to choose from. Only at 4pm on Sunday will it be clear whether he’s selected the right ones.

Webber, in his midweek interview round, went on to say that “we need a big performance from the supporters on the weekend.”

“Let’s make Carrow Road a difficult place to play on Sunday,” he said, “and see if we can get our fans to come out fighting for this club. We do not need our fans singing songs about how rubbish the opposition are, because they are drawing with us after five minutes. We actually need our fans to show a bit of teeth as well.”

While a rallying cry may be a reasonable choice and the Canaries undoubtedly need their fans onside this weekend, there will always be an element of give and take present in that relationship.

Most matches this season, as in the miserable Project Restart period, have turned into an exercise of guessing how long supporters will be able to enjoy at 0-0, and that’s by no means conducive of an electric or intimidating atmosphere.

First and foremost, Farke’s side must give their crowd something to work with, where there was none at Chelsea. For all the rhetoric, interviews and talk, City need to start performing and they need to start now.