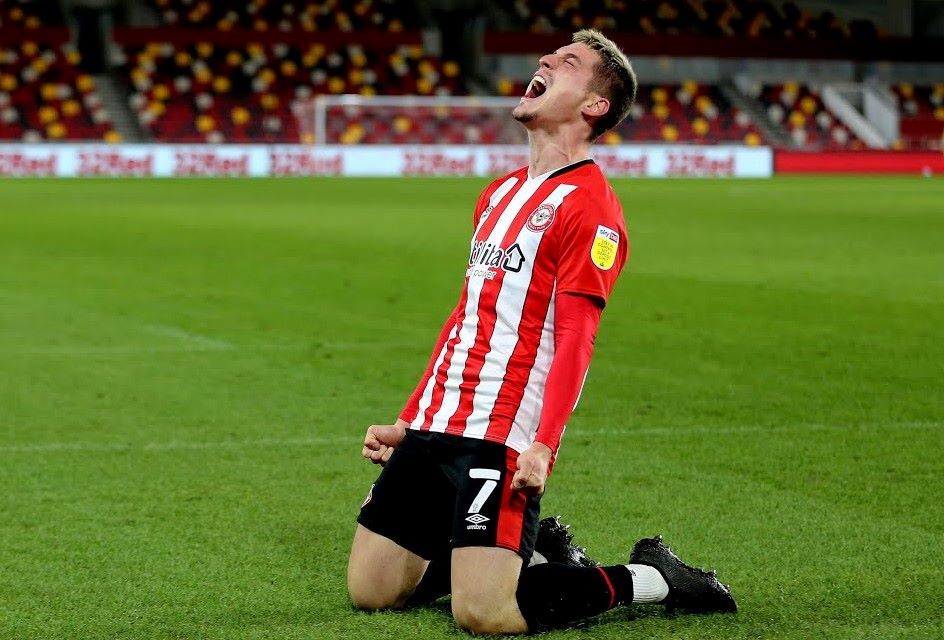 When Alex Neil sanctioned the sale of Sergi Canos just six months after the Spaniard had arrived at City, he wasn’t expecting him to become a Premier League creative force.

As the Canaries head to the Brentford Community Stadium today to face the club Canos was sold to, it’s tough to argue that the Scot made the correct decision.

Signed after an impressive season on loan with the Bees and with pedigree backed up by time with both Liverpool and Barcelona, there was a great deal of excitement around the arrival of a 19-year-old who had impressed at City’s level the previous year and even looked a candidate to replace a certain Wesley Hoolahan.

At £2.5million Canos looked a snip, but what followed his arrival contrasted all expectations. The creative winger made all three of his league appearances for the club in succession, starting with two impressive substitute appearances and ending with his first start: a watershed 3-0 defeat at Birmingham City, 64 minutes into which Canos was substituted.

Thereafter City’s new signing was frozen out of the league squad, never to appear again before the fee paid in the summer of 2016 was recouped on the final day of the January 2017 transfer window.

It’s worth noting that the financial situation at Carrow Road then was very different to what it is now – it’s testament to Stuart Webber’s fine financial management that Norwich have gone several years without being forced to sell a player – but there’s no doubt that cashing in on Canos was a poor decision.

It’s easy to highlight an attacking talent that Norwich let slip through their fingers in the current predicament; City have scored three times in ten games and are so obviously lacking a replacement for the mercurial figure of Emi Buendia.

As obvious and simplistic the yearning for a player such as Canos may be, his story is another case of what could’ve been, even so early in the 2021/22 campaign.

He has only scored twice this season, but his willingness to take chances, to carry the ball forward and make something happen for Thomas Frank’s side, is a quality so lacking in this Norwich squad that their game against fellow strugglers Leeds United looked finished as soon as the Lilywhites scored their second goal, with over 30 minutes left.

With a hefty transfer window spend failing to produce results on the pitch, there are questions over who may emerge as the next Sergi Canos, the next player to slip through the City net and into the grateful arms of a competitor.

Billy Gilmour’s future may not be the Canaries’ to decide, but their treatment of a clearly talented player could result in an early recall of the Scot. After earning a man-of-the-match award at Euro 2020 against eventual finalists England, City’s signing of the 20-year-old seemed quite the coup.

The reality is that Gilmour has seen more of the Norwich bench than the pitch, cutting a frustrated figure as he watches goal after goal fly past his temporary teammates.

When asked about Gilmour’s future, Chelsea boss Thomas Tuchel said: “Things are not going as he wishes for, as we all wish for. It is not the moment now to already give solutions and cancel the whole project. Sometimes these weeks and months arrive where the situation seems to be stuck or it seems to not go the right way.”

Also a candidate is Christos Tzolis, who was being monitored by several of Europe’s top clubs before deciding on Norwich’s proven pathway for young players. Daniel Farke’s reputation for blooding the youth of today has weakened with his use of the Greek who, along with international teammate Dimitris Giannoulis, has been frustrated with his lack of game time.

Giannoulis is another potential star to fall by the wayside. Although the left-back has been less than exemplary defensively, he’s been one of City’s only impressive attackers this season and after being scapegoated for two thrashings at the Etihad and Stamford Bridge has been linked with a move away from NR1 in his homeland.

The likes of Milot Rashica, Todd Cantwell and Jacob Sorensen could also fit into this category, as the list of potentially disgruntled City players continues to grow.

Similar to Neil’s predicament in 2017, Farke finds himself under significant pressure and unsure which of his players to trust as he fights for his job. Perhaps a visit to the home of Sergi Canos, one of City’s misused talents of the past, will serve as a reminder of why bridges must not be burned.