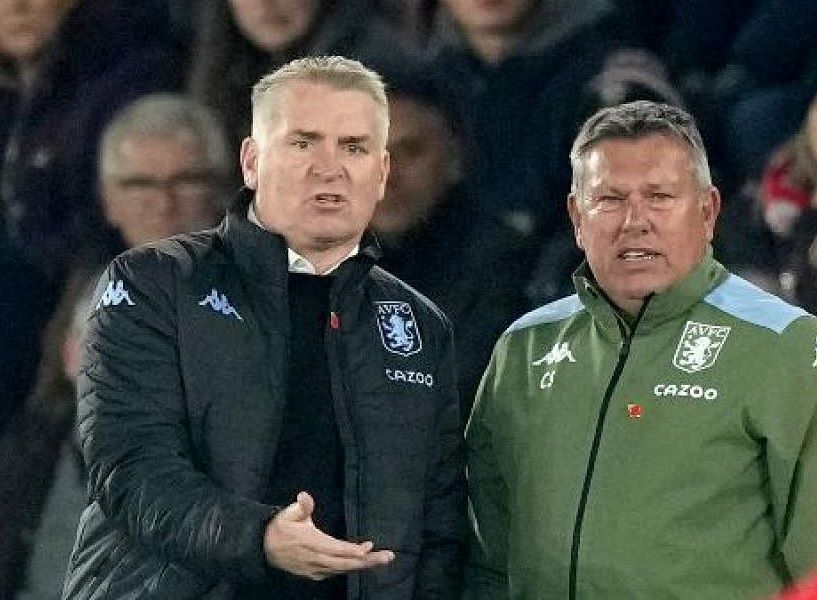 So our choice as new head coach has finally put pen to paper and it’s Dean Smith from Aston Villa, who was out of work for exactly one week, almost to the hour.

The initial debate surrounds ‘was he our first choice to replace Daniel Farke?’

No, he probably wasn’t as after Farke’s dismissal last Saturday Dean Smith was still employed by Villa until the Monday. But I guess Stuart Webber’s ears pricked up and sounded him out alongside Frank Lampard and possibly Kjemil Knutsen of Bold/Klimt.

There is no tangible proof that I have seen of the latter connection, but I feel it would have been a potentially exciting appointment. It wasn’t to be.

Moving on, some folks are already saying that Smith is a “safe” appointment like Chris Hughton was assumed to be when he was brought in to replace Paul Lambert. Safe but slightly underwhelming. However, pause and listen to Mr Smith himself:

“I want players to go and express themselves, and give them options for what they can do, but also give them ownership of their game. There’s no right or wrong in the way the game is played.

“Old school? I hope I’m not! I don’t feel like I’m an old school manager in any sense of the game. I don’t think you can be, because the game moves so quickly”.

Now Hughton has never been quoted in these terms and therein lies the difference.

Will Dean Smith and his mucker Craig Shakespeare be able to keep us in the Premier League? They wouldn’t have signed for us if a guarantee of that had been part of the deal. I can think of far worse options to bring us up yet again from the Championship should the inevitable happen.

Shakespeare is Iago to Smith’s Othello and that is never a bad thing. Think Lambert and Cully, if you wish.

While Knutsen was my favoured option, purely in a sense of the excitement of the relatively unknown really, I am more than reasonably pleased with this appointment. Particularly as we avoided which for me would have been a huge banana skin in the shape of Funtime Frankie Lampard who would surely have used us as a stepping stone to the inevitable ‘something better’.

Lampard’s ‘personal history’ is all over social media for those who wish to read it. I don’t personally but anybody who has ever opened a tabloid newspaper will not have been able to escape it entirely, including his political views which would most certainly have clashed with Delia’s. Before anybody starts on me, I’m centre-left so don’t follow either’s point of view.

Would he have been happy here if television wife Christine Bleakley had decided to stay in London or one of the couple’s Mediterranean properties with their children? I couldn’t have seen them being content with The Last, Benedicts or Galton Blackiston’s latest upmarket venture, wherever that is right now.

The Kam Lee Chinese takeaway or Junkyard Market would certainly be out of the equation.

We had a lucky escape there in my humble.

I felt the need to ask my Villa mate Pat Moore, who helped me out with the MFW Villains previews a couple of seasons ago, how he thought Dean Smith might do at Norwich City.

Subtle as ever and without holding back on his views, Pat said:

“He’ll probably still be $hit with your team. I did think he was a bit harshly sacked at Villa. We’ll see how Stevie G gets on!”

And thus spoke the gentlemen’s barber.

As prominent Aston Villa fan and one of my all-time musical heroes Geezer Butler said when one of his mates told him the DJ Tim Westwood was the new Villa manager [he meant Tim Sherwood]: “That’s a surprise but I s’pose we’ll have to give him a chance”.

Geezer’s spot on. That is exactly what we will have to do with Dean Smith. Give him a chance and a good one to boot.

I also asked Pat if Villa had any songs about Dean Smith we could borrow.

He said we could try this one but would have to create our own lyrics to suit it: