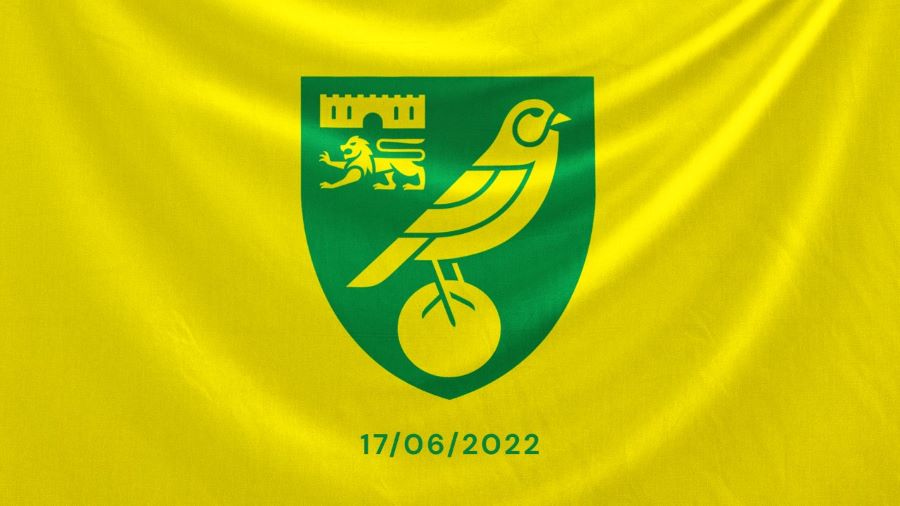 When Norwich City scrapped their simple canary on a branch for a design incorporating a ball for the bird to sit on, a lion and a representation of Norwich Castle, very few imagined quite how many highs and lows the club would go through while represented by their new badge.

While researching ahead of their latest switch, the Carrow Road marketing and design team found that 11 of the 20 current Premier League clubs had made changes to their badge since 2010. Norwich’s badge has not even been adjusted since 1972. After 50 years of familiarity, change will always feel abrupt and unsettling.

The truth, however, is that City have been working on changes to their badge since 2019, when a mishap from a Premier League competitor called the club into action.

It all started with an error from Manchester City, who included in their official content a version of the Canaries’ badge bearing several differences to the official club crest. The marks on the ball had been changed to read ‘1905’- not even the club’s founding year was correct- and the canary, castle and lion on the badge looked very different to normal.

Further research by MyFootballWriter found that the inaccurate badge design, likely taken from a website licensing out stock pictures, had actually been used in various contexts, including by TalkSPORT as recently as this month, formerly by an official commercial partner of the club and regularly by Fulham FC.

This pricked up ears behind the scenes at Carrow Road, not only irritating because of the Citizens’ mistake, but highlighting problems with the badge.

Likely linked to the ‘1905’ issue, City have scrapped the ‘soundwaves’ detailed on the ball propping up the famous, and now very different, canary, also moving the ball to the centre of the badge for a more symmetrical and graphically appealing design.

The thick black line that used to border the badge has also been ditched. The reason for its existence had been that the green background didn’t contrast well enough with the yellow on City shirts, but a new, darker shade has negated the need for any border around the badge, a relief for the branding team given how significantly a non-club colour had been represented.

The physical limitations of the previous badge also factored into the decision to change it. The lion was designed so that parts of the tail were touching, a nightmare when it came to stitching the emblem onto shirts.

City have already tested the design with kit suppliers Joma who are happy with its appearance and functionality.

The lion has been redesigned not only to void these issues but to address the fact that it simply did not look like a lion previously. Inaccuracies in the representation of Norwich Castle have also been addressed, with the previous five turrets added to; now all nine present on the real-life castle are part of the badge.

Some creative license has, however, been maintained. The club’s commercial team did recognise that the opening included on the castle by Andrew Anderson, the 1972 badge’s creator, was another inaccuracy, but felt that it should remain to stop the building looking “like a piece of Lego”. However, the opening has been changed from a rectangular shape to a round one in order to soften its look.

Although several badge designs were tried and tested – some more seriously than others – the club eventually concluded that it would be “disrespectful” to tear up the old design and start from scratch.

In the ideas stage City’s branding team were not afraid to try things out – some versions tested the introduction of a ‘1902’ and some prototypes even incorporated different colours.

A lone ‘bird on a ball’ design was experimented with, omitting the traditional lion, castle, and crests from their 2020/21 third kit to widespread acclaim. The same emblem remains on travelwear this season, but was discarded as a long-term option despite a recognition that it would’ve been in keeping with modern trends across sport.

Clubs such as Liverpool, Tottenham and Juventus have made moves to greatly simplified emblems in recent years and as a marketing strategy this is believed to be beneficial to branding, but traditions were also important in the redesign of the badge.

A likely sceptic of the new design is Anderson, who in 2008 told the Eastern Daily Press that the club “will be hard pushed to beat my [badge].”

“It looks good at any size,” Anderson said, “whether it’s up on the back of the Barclay Stand 15 feet high, on the players’ shirts, on TV or even on those tiny badges people wear about a quarter of an inch high.

“I’ll be very surprised if they get anything as good. In fact, I’ll bet them the £10 I won that they don’t find a simpler one. Tell them the best of luck but they will be hard put to find a badge better than mine.”

The club were open about their review of the badge at the time, then-director of sales and marketing Andrew Cullen saying: “We need to have a debate over whether the badge promotes the club in the best way it can in this day and age. You have to adapt to the times.”

After consulting groups of fans and receiving negative feedback, however, they decided against a change. Fan groups have been consulted in a similar way this time around and it’s understood that the proposed changes have been met with far more positivity.

As recently as May 2021, however, 79% of fans surveyed by the PinkUn voted that the badge was not ‘due a refresh’.

The Canaries’ review of their badge came as part of a wider discussion around branding and commercialisation, the findings of which are to be introduced to fans next summer and incorporated consultation with SomeOne, a London-based branding consultancy firm whose work with Wolverhampton Wanderers inspired City to work with them.

Wolves’ current branding identity has been a consistent source of inspiration at Carrow Road, and the image of the Midlands club’s Molineux stadium has also been discussed as something to aspire to.

SomeOne have also worked with Tottenham Hotspur and Aston Villa, where they were part of small changes to the Villains’ badge.

Rich Rhodes, the agency’s Executive Creative Director, said: “When we started the project, we knew it was going to be something interesting for us.

“Speaking to everyone from the owners and the board, players fans and staff, we could tell that there’s something really special at Norwich; this real sense of community, pride and passion. It’s something that we really wanted to bring to the fore in the work we’ve done.

“It’s really important to keep those historic, distinctive elements of the crest. It wasn’t a case of going in and making a fundamental change. It was about taking all the best bits and making them even better and fit for purpose in the digital age.”

City’s Commercial director Sam Jeffery said: “This is a huge moment in the history of Norwich City and a real statement of intent for the future. For the first time in 50 years, the club will adopt a new, evolved crest, fit for digital purpose, iconic and accessible for all.

“It’s a project two years in the making and one that has been treated with care by those lucky enough to have been involved. We’re extremely proud of the outcome.”

If the City crest’s latest evolution remains for another 50 years, Jeffery will surely be correct in his assertion that it is “iconic,” although- with the new badge coming as the clearest sign yet of the Canaries’ move into the modern, ever-changing world- the likelihood of that happening seems low at most.