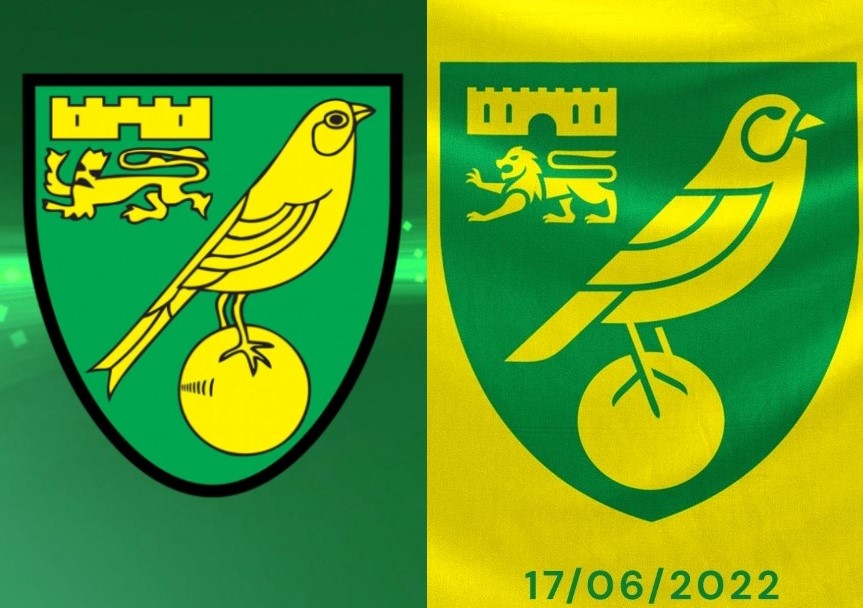 Anybody from a services background treasures their regimental badge – and so do football supporters across the nation, because after all, every one of us feels like we are part of a regiment of sorts as well. And so we should.

Welsh regiments tend to have goats as mascots, with a senior NCO dedicated to looking after said beast as well as presenting it in immaculate form for parade duty, complete with regimental regalia. Other animal mascots are used by different regiments of course, and from my certain knowledge, they are quickly adopted into the “family”.

What most MFW readers would not know as I’ve never openly declared it before is that I’m a bit of a graphic artist. Editor Gary chooses our pictures, writes all the headlines and, you know what? I’m so happy that it’s him and not me. Far less responsibility for me and his choices are better than mine anyway.

As you’ll know by now, our revamped badge has been redesigned and was presented yesterday.

Apparently, consultants were brought in and they do not come cheap, believe me. NCFC have had this one on the simmer for a while now and were just waiting for a positive moment to reveal the new creation. Dean Smith in situ, City 2, Soton1 – let’s go.

It has to be a subjective view from me. Could I have done any better? Probably not but as nobody consulted me I had no input in the process whatsoever. Did I expect to be asked for my opinion? No!

The badge I have worn with pride for 40 – that’s FORTY – years has been amended. The changes are subtle it must be said but I cannot see the point of them. The badge has lost its black edging and our Canary looks a bit chubbier and seems to have acquired a more parrot-like beak. It looks like it can be printed directly onto Joma tops rather than a need for stitching it on in the factory.

I am to Prada what the Venus de Milo is to sleeves but I really do not see the point of this exercise. Me a fashionista? You’re having a grin, as anyone who’s seen me in my regular Ramones outfit would quickly vouch for.

After six or seven looks I think it’s bloody awful and those who designed it should be reimbursed with twenty whole quid for their efforts. I really do not like it.

As soon as he saw it a mate said: “We paid a lot of money to have a border removed and spruce it up. Not impressed at all”.

I’m not a Luddite in any way but I simply don’t see this redesign as an upgrade. To me the work on the “new” badge is a bit like me writing a poorly constructed sentence, reviewing and rewording it before I pass it on to Gary – like about 20 seconds work.

This unexpected piece isn’t written in an incendiary sense – many of you MFW folks out there might like the new-fangled design far more than I do because the great thing about *art* is that it is truly subjective.

Let MFW know what you think folks – if I’ve got this one wrong I’m fully prepared to be slapped down.

No apologies for the appropriate music though. 🙂

Lmao 😂 Took Pukki doing gods work & Sargent scoring a f*cking scorpion kick for everyone to not be talking about how bad the pass was for Pukki in the first place. Bloke put in a 3/10 performance at best. Actually hope either Normann or even Gilmour is back in next game #ncfc

How much notice are Sky going to give us before moving Leeds away to a Sunday at 2pm? #NCFC

Thinking about last night, I think we've played better than that numerous times this season and got nothing. Got a bit of luck. If we somehow manage to beat Palace that puts us in a great spot going into two really tough games afterwards. #ncfc

@Mark_G_Scott @leeroypatel Yeah loved the second one. And if he's not so pumped from scoring the first then he probably doesn't feel like he can make that header. So happy for him, well deserved
#sargent #ncfc