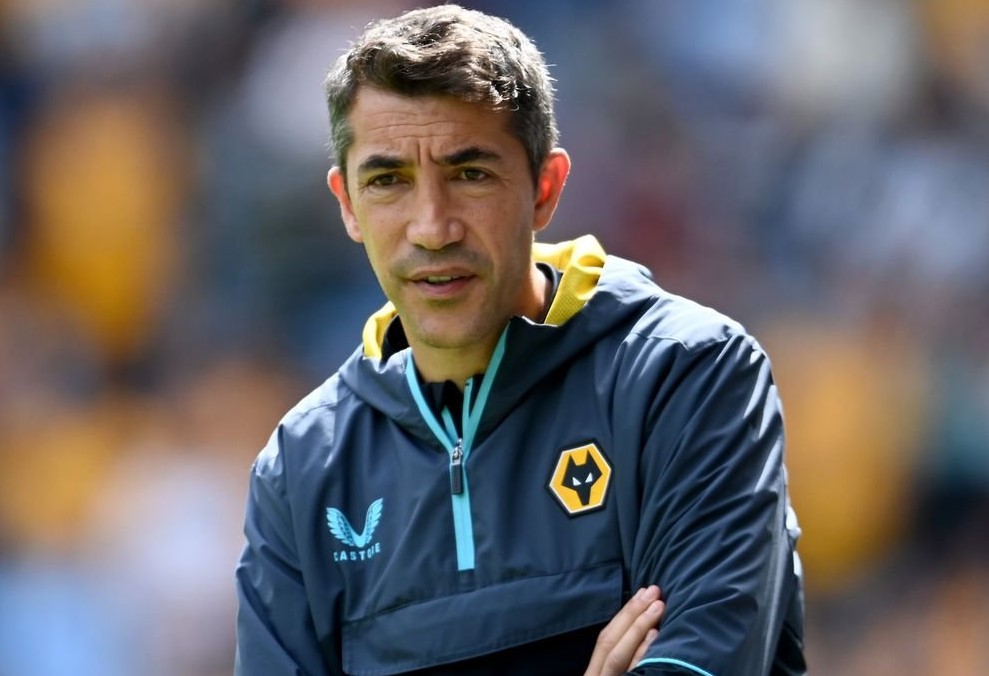 The last match preview I wrote was pre-Chelsea so apologies if I’m jinxing us. If we get hit for seven on Saturday feel free to blame me.

If the task facing us at Stamford Bridge was gargantuan, Wolves at home is still sizeable. They’re not sixth in the table for no reason.

Away from Molineux, they’re particularly impressive, with losses against Leicester on the opening day and at Palace just before the international break being the only negatives bookending three wins and a draw on their travels.

Wolves set up in a 3-4-3 or 3-4-2-1 formation with the football under Bruno Lage being economic and effective.

Goalkeeper Jose Sa is an impressive and sizeable figure between the sticks, backed up by a familiar face in John Ruddy.

The back-three, like Sa, have started every league game this season. Roman Saiss on the left, who can also play in midfield, England’s Conor Coady in the middle, and former England futsal international Max Kilman on the right are all accomplished on the ball, which gives you some idea that this is a team that can play football as well as defend.

At wing-back, the energetic and experienced Portuguese international Nelson Semedo is another ever-present on the right-hand side. On the left, duties have been split between versatile Brazilian Marcal, and more recently, French Under-21 international Rayan Ait-Nouri. Expect the latter to start at Carrow Road.

In the middle of the park, Wolves continue to rely heavily on the Portuguese duo of Joao Moutinho and Ruben Neves, with only a couple of look-ins for Belgian international Leander Dendoncker interrupting what would have been ever-present status for these two as well. Put simply, when these two play well – as they usually do – so do Wolves. Somehow stifling those two will be key to City’s hopes, but it is way more easily said than done, as plenty of teams have already discovered this season.

Up front the resurgent Raul Jimenez has started all but one game and is looking once more like the striker he was before his frightening injury.

Supporting him, in the two wider positions, have been four players. Portuguese pairing Daniel Podence and Francisco Trincao have split time with the popular figure of Erling Haarand’s former strike partner, the Korean Hee-Chan Hwang, and the Muscles from Molineux, Adama Traore.

There are no good options for City to face here unfortunately, and Lage could pick from various permutations as to how he thinks he can most hurt City’s back-line. Podence and Hwang started in Saturday’s win against Villa, although Traore came off the bench, and if there is one area of the team Lage has rotated this is it.

From City’s point of view, I think we’re all expecting Dean Smith to go with the team that started the second half against Southampton. Todd Cantwell’s return, though not aided by lack of match sharpness, was also an exercise in how not to impress a new boss. His decision-making in trying to juggle and faff around on the edge of his own box when under a heavy press before losing the ball repeatedly, doing nothing to prove Daniel Farke wrong.

The contrast when the previously castigated Josh Sargent came on and played simple, aggressive football was marked, and a great audition for a start on Saturday.

Obviously, with a full week of training to observe, some other figures may have a better opportunity to push themselves into Smith’s thoughts, so we shall see. But that’s how I’d expect us to go.

The high press may well be something that Smith tries to employ again, as if Teemu Pukki is isolated in trying to chase down the Wolves defenders, all three are more than capable of stepping up and making an extra man in midfield to supplement Moutinho and Neves.

Billy Gilmour and Kenny McLean will look to take the battle to those two, with Mathias Normann being additional ballast while also having the responsibility of keeping an eye on the likes of Podence and Traore should they cut inside.

It’s going to be another interesting tactical battle, but one I think Smith will relish as he continues to get to know his new charges. Wolves are an incredibly tough team with some quality players but I’m a lot more hopeful than I would have been a couple of weeks ago.