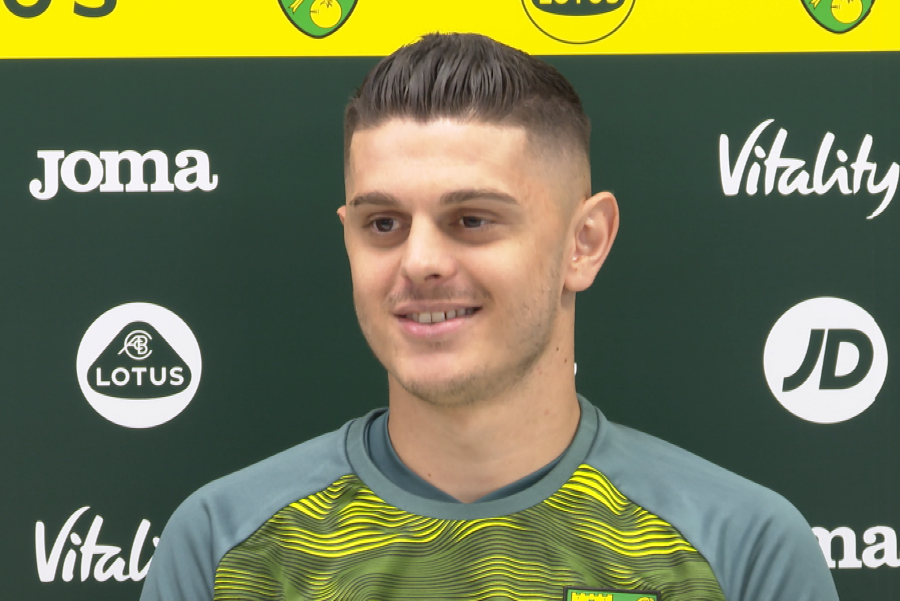 This is probably one of the shortest muses I’ll write about my beloved Norwich City, and I’m aware I’ve had precious little positive to write about in the weeks since summer drifted into autumn. Saturday saw winter beginning to firmly rattle the gate.

The latest upturn in our fortunes might have been seeded in the dying embers of the Daniel Farke era, but on Saturday belief came tiptoeing out from the shadows of depression. As we all shrugged against the cold and rain, our hearts were warmed by an ever-growing fire in the bellies of the warriors we follow.

It was heartwarming to see young fullbacks tearing forward or clattering into tackles; tactical fouls and industry and graft everywhere; belief that pretty triangles have their place in football, but at this level, it’s athleticism and aggression that needs to be added to the simple technical ability that we all know this squad has.

It’s early days, but Dean Smith and Craig Shakespeare clearly want football played on the front foot, and to be fair, that’s all we’ve ever wanted – the poorest club in the league to die trying, rather than passively looking technically good but having no bite (although both had been missing in previous weeks).

But there was a moment on Saturday when, despite the sideways-passing rain of Storm Arwen, belief flickered defiantly.

Deep in the second period, out from the Snakepit, rolled a spontaneous chorus of “Rashica!” (to the tune of Tequila! by The Champs from 1958).

However insignificant that may seem, along with the change in coaching style, this was a sign that things have turned a corner in the stands too. We all know that Carrow Road really gets going when we’re on the charge but sometimes needs a fire lit under it to get started.

Smith has asked for togetherness on and off the field, and on Saturday, despite having no Leitner, Buendia or Rhodes, Milot Rashica became the first of our new crop of heroes to be bestowed the honour of a song.

Our version of The Champs has been reshaped, Farke’s horse is in pastures new; 5’7 of football heaven is finding Aston less heavenly than Attleborough, but now the fans are finding their way back to form too.

Every club has its own repertoire, and just as our new squad and ex-manager lost their way, so did our fanbase as our icons of the last four years left one by one, taking their songs and anthems with them.

The storm that broke around the stadium on Saturday was a metaphor for the struggle we have ahead for the rest of the season, but the defiance on and off the pitch showed what is needed to weather it.

Tequila isn’t my tipple, but I raise a glass to whoever coined it yesterday, and I hope more will follow, because like always, they need us as much as we need them. They’ve shown us enough in the new tenure to deserve everything we can give them.

There’s a line in Tequila Sunrise by The Eagles that goes:

“Take another shot of courage,

You just get numb.”

Well, we’ve been numb for too long, and we’ve now had that shot of courage. Let’s hope the words start to come from the terraces.