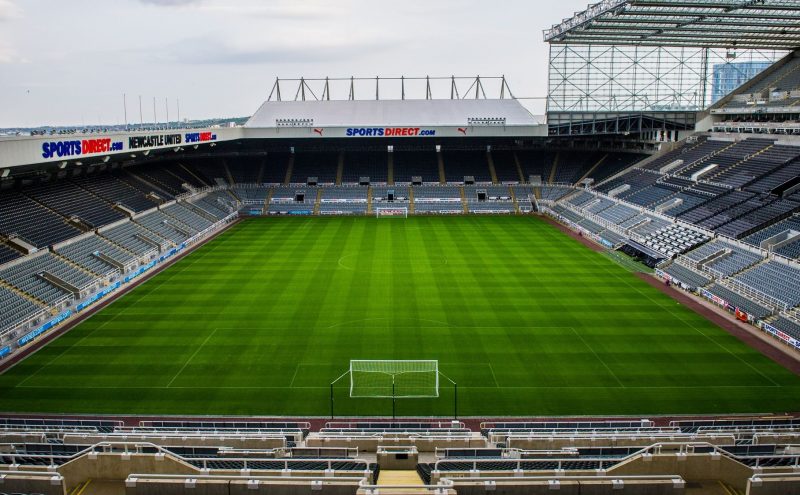 Just 14 games into Norwich City’s season, the Canaries’ first six-pointer has come, and few would have predicted that they’d be the favourites.

It’s been a rocky start for both City and Newcastle United, but the difference between them is that Dean Smith’s side are on the way out of their rough patch, while the Magpies look like they could be just entering theirs.

As well as disappointing openings to the campaign, the two sides also have in common newly appointed head coaches, as Smith will be joined on the touchline by former Bournemouth boss Eddie Howe tomorrow night.

The pair have fallen on different sides when it comes to evidence for and against the theory of a ‘new manager bounce’, although circumstances have been less than favourable for Howe, with an individual Covid crisis and a difficult trip to the Emirates Stadium a less than comfortable introduction.

Smith may have had what looks like a favourable run to kick things off at Carrow Road- it could be argued that the visit north-east will actually be his easiest test yet- but if a trip to Arsenal is uncomfortable, a 7:30pm November kick-off at St. James’ Park on a cold Tuesday night is even more so.

If we’re sticking to clichés then Norwich are bound to struggle; they’re too soft and naïve and easy to play against. If we’re sticking to truths then those creases are on their way to being ironed out, and few City sides before this one have been tougher and more streetwise since the heydays of Paul Lambert and Grant Holt.

Smith has brought a new energy to NR1, a new desire and a new fire in the belly that no longer shies away from a physical battle or an attritional test. The Canaries’ 0-0 tie with Wolverhampton Wanderers was far from the bore draw it’s wrongfully being labelled as but it had its fair share of physicality and digging in, as did Smith’s debut win over Southampton.

Facing City will be a side that see this as their best opportunity yet. On paper Norwich at home is the easiest possible fixture Howe’s side could be presented with, now the task for their visitors is to prove that’s not true on grass.

A blow to their hopes of doing so will be Mathias Normann’s absence, as he misses out because of a pelvic injury, which Smith confirmed this morning. “He’ll see a specialist to get the best advice,” he said. “We’ll wait and see, but hopefully it’s not a long one.”

Also missing will be Sam Byram, who takes further positive steps in his recovery with City’s under-23’s this evening but misses out on the trip north as a result, and Christoph Zimmermann, who is still recovering from a long-term ankle injury.

Both teams will feel that they’re better than their league position; the media coverage of Newcastle’s plight says as much. When Daniel Farke’s City had no wins from six games they were relegated in most eyes- Newcastle have no wins from 13 and direct quotes from national analysis of their situation include “there are plenty of games to go” and “long way to go”.

The Magpies’ front two in that Gunners defeat comprised of a £40million player and a full England international. Allain Saint-Maximin has dribbled forwards further than any other top-flight player. Even without the huge January spend being widely predicted, Newcastle have a squad that should be competing.

In many ways, it seems likely that both them and the Canaries will be underestimating their opposition. Rarely does the underdog have to fight against another underdog, but this clash has a real ‘kill or be killed’ feel about it.

Can Dean Smith’s Norwich retain the intensity that’s becoming a hallmark without the vibrancy of the Carrow Road crowd? Can they cope with the pressure of expecting to win?

Even after so many positives in the new era’s opening 180 minutes, questions remain for them to answer tomorrow night.

In any case, this looks likely to be one of the matches that decides Norwich City’s season, one of the games that’s looked back upon and referenced in every reflection of the 2021/22 campaign. Each and every Premier League game is important, but some, like this one, are just a little bit more so.