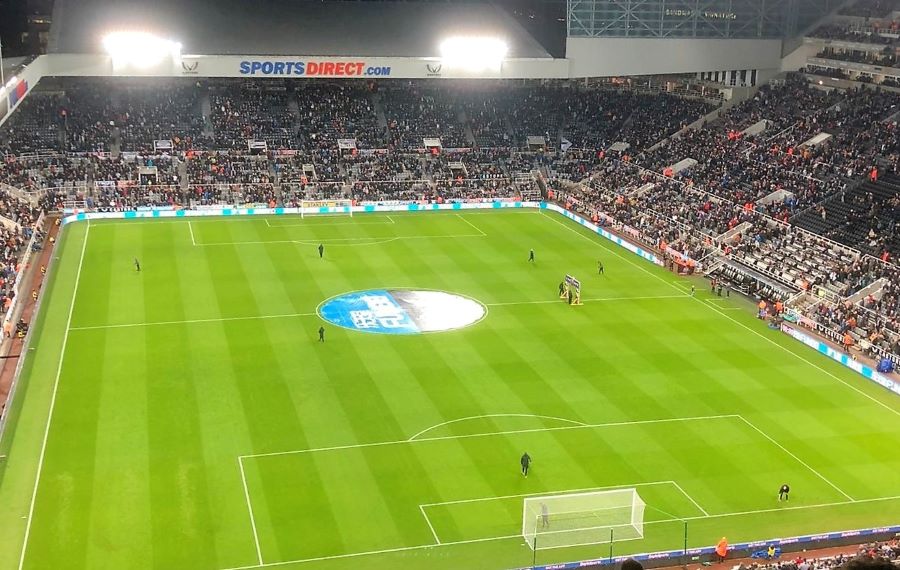 Ciaran Clark’s ninth-minute brain fade ended up impacting both teams negatively. Newcastle for obvious reasons but City too because, armed with most of the possession and the initiative, they were incapable of doing almost anything with it.

Dean and Shaky’s game plan would have been formulated on the basis of the Toon being roared on by the “50,000” (as mentioned 50,000 times by Shearer), having most of the ball and us having to be solid and resolute in defence while dangerous on the break. When asked a different question they, unfortunately, didn’t have the answer.

After two-and-a-half games of looking the part (I can’t include that first half against Southampton), last night we were offered a painful reminder of why we are where we are.

The lack of creativity, the laboured passing, the dearth of quality in the final third – all of the Premier League failings of old were on show, aside from the defensive frailty which, happily, wasn’t tested to the level anticipated.

But it was a tough watch and an even tougher listen, with Shearer reminding us how “poor” we were at three-minute intervals while eulogising over Newcastle’s ability to tackle and run.

All in all, it was a miserable old night, yet one that could have been so much worse. And to the 1,200 who made the trek and who could be heard, loud and proud throughout, we salute you. Undoubtedly the stars of the show.

Dean Smith’s post-match appraisal was, as we have come to expect, spot-on, with the lack of intensity and the super-sloooow passing at the top of his could-have-been-better list.

Thankfully, amid the huffing, puffing and wildly overhit crossing, there was one brief moment of quality that salvaged the point for City. Teemu Pukki’s thumping left-foot volley was out of keeping with everything else that happened but was well worth the wait.

We remain both lucky to have him and worryingly impotent in front of goal without him; something not lost on Messrs Smith and Shakespeare.

For all of Josh Sargent’s undoubted qualities – tireless running, tenacious closing down etc – he’s currently a long way off being a viable alternative to Pukki if the Finn, God forbid, was to get injured. A long way.

As far as being an out-and-out striker goes, I’d suggest Adam Idah is ahead of the American in the pecking order but is he ready or prolific enough to lead a Premier League line? Equally, there’s no way City will have the funds available in January to go out and buy a viable Pukki alternative.

Of all the conundrums with which Smith and Stuart Webber have to wrestle, this for me is the biggie. No Pukki, no equalizer is the stark message that emerged from last night.

But, for all the sub-plots that unfolded during 96 Tyneside minutes, it was another point on the board and City have now gone four games without defeat. Despite the horrible lack of quality on show last night, we’re no longer the soft touch we were a month ago.

Another plus to have emerged over the last three games is around the new coach’s use of his subs and how, almost invariably, they are able to impact the game. Last night, the standout change was Dimitri Giannoulis for Brandon Williams, with the Greek international proving a better fit to the side’s ebb and flow when we have a lot of the ball.

Williams is the better defender of the two and adds bite when bite is needed – as he showed on Saturday – but Giannoulis’ natural inclination to join in and his left foot are qualities that come to the fore when we have more of the ball. It’s easy to see why Williams started and why Giannoulis was the better option when we were pushing.

Smith got that call right, as he did to add Idah to the fray when Pukki needed someone to help him alleviate the physical burden of having to battle three defenders. Pierre Lees-Melou for Christos Tzolis was another change that almost worked – especially if the Frenchman had buried that late chance.

For one day at least, we move up to 18th and if Wolves would care to do us a favour tonight we could even head into the weekend in that position. With Watford playing Chelsea later we could also go into the weekend just three points shy of Utopia, aka 17th.

So, once the dust settles on a frantic night on Tyneside, the upshot is, while improvements are still needed on an industrial scale, we are in the mix. Properly in the mix. And we’ve gone the whole of November unbeaten.

Who saw that coming after the Leeds defeat?