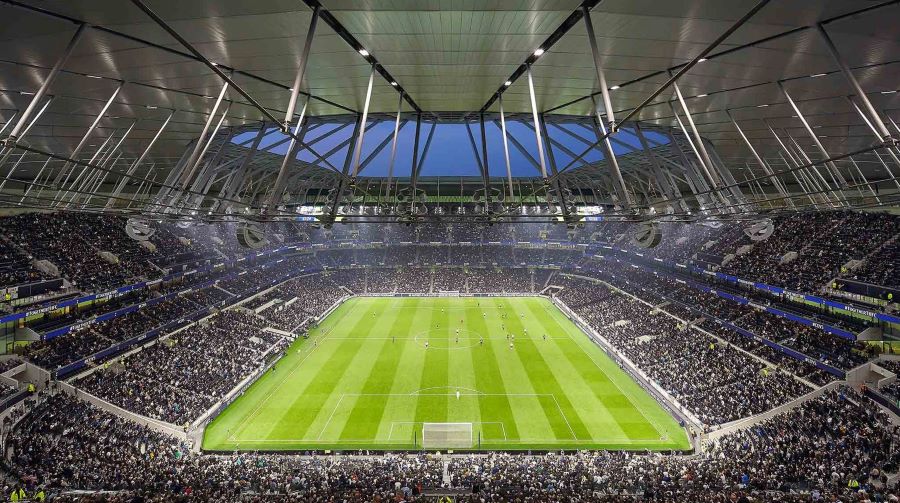 Through the purest coincidence, MFW regular Alex Bain and I have both had a long-standing *second team* and are aware that many purists would disagree with the entire concept. Fair play to you I say, but sometimes circumstances take over and you have to make the most of the live football you can physically attend.

In the case of Alex and myself, said team is Tottenham Hotspur, the Lilywhites, the Spurs. You know, that lot we’re visiting in their shiny new stadium on Sunday.

My introduction to the North London club is simple as the very first match I attended was Spurs v Liverpool in early 1967 at a time when I was barely nine. One of Dad’s mates was Johnny Downes, a butcher who had close connections with one of the Tottenham directors and was given free tickets on a regular basis, so off we went.

I lived on the edge of East London and Essex so visits to Carrow Road were infrequent until I arrived in Norfolk permanently in 1988 when I got my first season ticket, which I’ve held ever since. I worked in a Tottenham supporting pub, the Bald Faced Stag in Buckhurst Hill, which was run by the late, great Bobby Nethercott. Falling in with the Spurs crowd [which included a trio of ultras before the term was used in a football context as in Nutty, Grizzly and Vulture] was inevitable. I went to White Hart Lane over 100 times as well as two FA Cup semis and two Wembley finals.

Bobby knew the Spurs hierarchy to the point that in 1981 we had Steve Perryman plus minder bring the Cup, emblazoned with THFC ribbons, to the pub for us all to have our picture taken with in return for a charity donation. I borrowed one of Dad’s uniform shirts for the evening and the top button pinged off while I was waiting in the photo queue as you’ll see from the picture.

But that’s enough of me and my embarrassment, so it’s over to Alex for a chat.

MP: How did you connect with Spurs in order for them to become your second team all those years ago?

AB: Having family from Ebbsfleet helped in that I spent a few Easters watching Northfleet play and many recovering Spurs players would get sent there for game time in the late 1950s and early 60s. Uncles and cousins would take me to White Hart Lane when I was there. Gravesend to London Bridge then a walk to Liverpool St and a commuter train to White Hart Lane all the time still seeing bomb damage everywhere you looked.

MP: You have got quite a divided immediate family in terms of who supports who. Care to detail it?

AB: My wife supports Man United and Sheffield United is her father’s team. Three sons and my grandson Noah all support Spurs. My two oldest also follow Norwich results and went to many games during the late 90s and early 2000s.

MP: Neither of us has been to the Tottenham Hotspur Stadium but White Hart Lane was a fine old ground. Favourite memories?

AB: My worst game was Arsenal winning the 1971 title at the Lane but at least a Great Yarmouth boy got his first league title as in Peter Simpson, Best moment was against Keflavik 9-0 up and the ground erupted. It gave Spurs a shot 1971/72 UEFA Cup.

MP: Nuno didn’t last long and even Antonio Conte is starting to tremble. I know Tottenham are on a different financial level to us but they clearly have problems. Why do you reckon that might be?

AB: Is it the owner not spending his billions? Not sure as both Lewis and Levy have said they want the club to be self-financing (heard that somewhere else before). Possibly over expectations from supporters and pressure on managers to give them success, poor recruitment at times, injuries, not just one thing as with City many small things happening at the same time stopping progress as well as players losing form or wanting out.

MP: We both admire many Lilywhites from the past. Who were your favourites?

AB: Jimmy Greaves, Jimmy Neighbour, Martin Peters, Maurice Norman, Dave McKay, Danny Blanchflower and Steve Perryman. Not too many of the modern prima donnas. maybe Eric Dier and Luka Modric. I would have liked youth given more of a chance.

MP: Bang up to date who should we be wary of this weekend?

AB: Kane has to hit form, Son will lead our centre backs a merry old dance but their whole team has top players that haven’t turned up so far – a daunting prospect.

MP: A thought on Olly Skipp potentially playing against us?

AB: I am hoping he has an off day if playing but I also would like to see him show City what they are missing on and he gets a great welcome from our supporters.

MP: And what will the score be?

So it’s goodbye from me and goodbye from him. We’ll need to be at our best but there’s nothing to say we can’t get something. Both Alex and I would love to see the new Spurs ground but alas and alack it’s logistically impractical for both of us. All the very best to all you travelling Canaries out there.