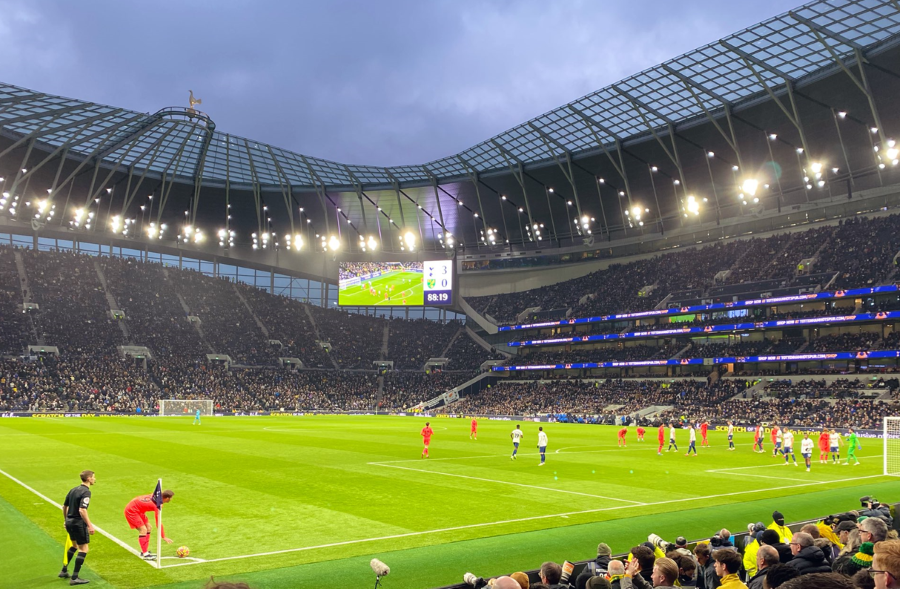 This was the Norwich City of a pre-Project Restart vintage – the one that passes the ball quite nicely, works it through the thirds quite fluently for the most part but chokes in the final third. The one that defends reasonably well for 85 minutes but is guaranteed to cough up at least a couple of more-than-presentable chances.

It’s also the Norwich City that doesn’t contain the type of something-out-of-nothing magic as conjured up by Lucas Moura.

But for all their fine plumage, puffed-out chests and swanky surroundings, Spurs are way off the level of the two aforementioned Euro Super League wannabees or Liverpool. Not even close.

Those three were able to stifle us to the extent we could barely breathe. Spurs weren’t good enough to do that – we had more of the ball for God’s sake – and aside from two moments of quality plus one fortunate break, were fairly underwhelming.

Nothing special. But were comfortable winners.

And right there is the gulf in quality that Dean Smith has to work with. I didn’t see Tottenham (a) as one of those games of the bonus variety, where a point or three would be an unexpected but pleasant surprise. I thought we could get something. So too it seems did Smith.

And I’m not sure I go along with the ‘Tottenham (a) won’t be the type of game that defines our season’ adage. When you have just 10 points from 15 games and are bottom of the league, every point counts. A point squirreled away from north London could be the difference between staying up and going down.

If there even is such a thing as a free hit, they certainly don’t come against fairly ordinary sides who have lost five of their 14 games; an ordinary side that permitted us three perfectly presentable chances – none of which we were good enough to take.

If Teemu Pukki had buried that early chance…

And while Josh Sargent’s late miss wouldn’t have changed the outcome, it was of an ilk that normally at least brings a save out of the keeper at this level.

Had any of those three chances have fallen to Spurs’ front three, they’d have been buried.

The ever-reliable @ncfcnumbers (aka Steve Sanders) nailed it as per:

No one needs to be PhD student of the game to see that a conversion rate of that kind is going to land you in big trouble. Ditto when, as a result, you have scored just eight goals in those 15 games.

The goalscoring burden that falls on the shoulders of Pukki has long been too great but becomes ever more acute when we’re in the Premier League. Even more so when those whose job it is to challenge him for a place in the team are currently armed with banjos and are standing in front a of cow’s derriere.

For all of the neat passing and possession, not one iota of it matters if we are going to cough up really good chances when they come our way. And while yesterday’s spotlight naturally fell on our three strikers, it was another day when those tasked with arriving late from midfield and getting on the end of something failed miserably to do so.

While the arrival of Smith and Shakespeare has given the place a lift and has offered some hope of survival when it felt like those in the inner sanctum had already accepted our fate, the failings of old are never far away.

While in the Villa hotseat and while in desperate need of a goalscorer in the January window, Dean Smith would only have had to talk nicely to Christian Purslow, and voila…

Not so here. Not a chance. Reliable goalscorers come at a premium on any given day, but in January they’re priceless. You need gold to be able to afford one.

We don’t have any gold.

Yet, despite it all, and despite our rotten goal difference, we’re on the same number of points as Burnley and Newcastle and only three behind Watford.

As deflated as we all feel this morning, we really are back in the mix courtesy of that four-game run.

But too many more of these what-if afternoons, and we all know what happens.