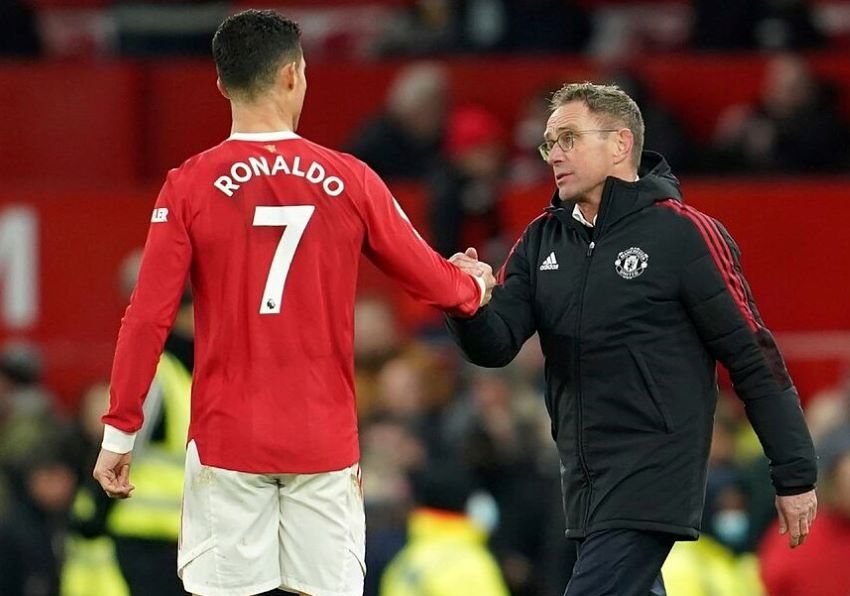 It’s always special preparing for a City game against one of big boys.

Trying to imagine ways we could thwart them – weaknesses we might exploit, ploys we might try, all aided by a fervent Carrow Road crowd.

There’s an extra personal challenge for me this time.

Because of her various commitments, this will be the first time my partner’s been able to see the Canaries this season.

She’d enthusiastically picked this game. I had an inkling of why, even before she sent me something from her recent trip to Madeira: a photo of her beside a statue of the island’s favourite son, a certain Cristiano Ronaldo.

A couple of things to say in her defence. First, she’s not actually a big fan of CR7 (a great relief to me, given the rather striking differences between my physique and his). Second, she’s known me long enough for some of my commitment to Norwich to rub off.

The striking parallel between the two clubs is their recent change of manager. In fact, the similarity runs a bit deeper. Both clubs were sad to part company with someone for whom they felt special affection. But there was also a sense of the change being necessary if they were to meet ambitions they felt were realistic.

For Norwich, the ambition is to stay in the Premier League. The jury’s still out on some of our summer signings, of course – but the investment should give us a better chance than before.

For United, the aim is to be at the same level as the leading clubs: Chelsea, Liverpool, and their city rivals.

Neither was close. As Stuart Webber considered his decision about Daniel Farke, he faced a league table that said Played 10, Won 0, Scored 3, Conceded 25. The evidence before our eyes confirmed the stats: even allowing for the challenge of integrating new players, we looked clueless.

Similar with United. Yes, they finished second last year – testament to the quality of their squad. Each time they faced Liverpool, Chelsea or Man City, though, the gulf was painfully obvious.

Early signs are that the changes have made a difference. Losing 3-0 to Spurs was dispiriting, but we missed glaring chances to create a very different result. Frustrating as that is, it’s a far cry from the toothless displays in most of our first ten games.

Even if some players need to step up, as Dean Smith says, we do now have a clue.

Unfortunately, United also seem to be getting a boost from the arrival of Ralf Rangnick. Although they only beat Palace 1-0 last weekend, the performance was apparently much improved – more like what should be expected from their stellar squad.

So, what may happen on Saturday? It’s trite, but true, to conclude it depends on the performance of both teams.

Can City convert their revitalised shape and commitment into taking chances? At the other end, how well can we contain the rather scary threats that United can pose if they’re on their game?

Last Saturday, apparently, United pressed in a way they’d hadn’t under Ole. As it was a new demand, though, they couldn’t sustain it beyond 60 minutes.

It may be important for us to be disciplined, rather than gung-ho, for the first 60 minutes on Saturday.

The focus will be on United’s attack as usual, but their inconsistencies have tended to be at the back. Particularly Harry Maguire, who’s reminiscent of the girl in Longfellow’s poem:

“When she was good, she was very good, but when she was bad she was horrid”

Let’s hope he has a horrid day on Saturday.

In the continuing absence of Milot Rashica, I wouldn’t be unhappy to see Josh Sargent given another start. His energy puts pressure on defenders and undoubtedly helps Teemu Pukki. And if he were to get a goal…

I know others may take a different view; it’s a big call for Dean Smith. There can surely be no doubt that we’ll target a new striker in January – good luck with that! – but in the meantime, we have to find the best solution for the team.

By now, I should know better than to make a score prediction but there’s no fool like an old fool, so here goes.

I reckon City will give a good account of themselves and stir the crowd. And we’ll score.