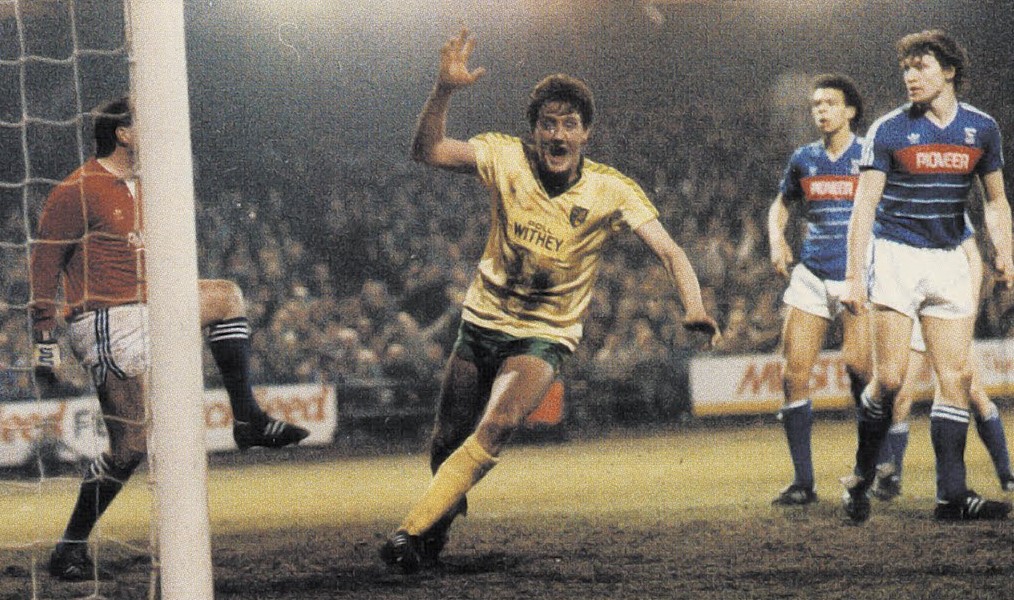 It doesn’t take much for the City/Ipswich rivalry to spill over and ignite. Not in the physical sense of course – let’s hope those days are gone – but in its modern-day, slightly less bruising, equivalent: social media.

This weekend all it took was the unveiling of a statue, a good crowd and an appearance, possibly for the first time, by the blokes who purport to be the new owners of Ipswich. I say purport because, as I understand it, the club is owned by a company called Gamechanger 20 Ltd which, in itself, is funded the money sloshing around in an Arizona State pension fund. The blokes in question, I presume, are responsible for managing that fund?

If I’ve got that wrong, I’m sure someone will correct me.

Anyway, the arrival of these star-spangled dudes coincided with said unveiling – Kevin Beattie joining Sir Alf Ramsey and Sir Bobby Robson in being commemorated in bronze outside Portman Road. And good for them.

Beattie was indeed an outstanding player who formed part of an equally outstanding Ipswich Town era of the mid/late 70s and early 80s, and was part of the team that routinely beat us and made the formative years of my City-supporting journey fairly miserable. Living near Halesworth meant being outnumbered by those of a blue persuasion in those days … you get my gist.

But, for all the pain Beattie caused me, I admired him. He was a brilliant player who, but for injury, could have earned himself 100 England caps instead of a paltry nine. He was that good.

So fair play to Ipswich for commemorating him.

But the combination of the Beat being unveiled, the new owners showing their faces and Portman Road being close to being full was almost too much for some of our Suffolk brethren.

Not content with making the most of their own little private party, they wanted us to know about it and remind us yet again that they have “history” and that we’ve “never won f#*k all” – using that horrific double-negative that never fails to irk.

The fact they, for once, aided and assisted by a concerted ‘Pack out Portman Road’ campaign over several weeks, managed to get over 29,000 into their stadium was another reason for the plumage to be fluffed up and shown off in all its glory.

To point out that we packed out Carrow Road most weeks when we were in League One would be to fall into the ‘yeah but..’ trap, so I’ll not, but it does feel like another of those cards on the table moments where, rather than the continuous, my dad is bigger than your dad, toing and froing, we save time by making clear who has done what, who has what and who is doing what.

All of which means diddly-squat when it all kicks off on social media again (which it inevitably will) but I usually try and desist from the toing and froing on the grounds of having friends and family of a blue persuasion.

On that basis, I feel like I’ve more than done my time in the “bragging rights” stakes and it’s time to hand my stripes over to the younger generation. Or maybe I’m just all toed and froed out.

Either way, at least them getting all fluffed up gave me something to write about on a morning when I should have been mulling over an away defeat at the London Stadium.

So, for once, Ipswich Town… I salute you.