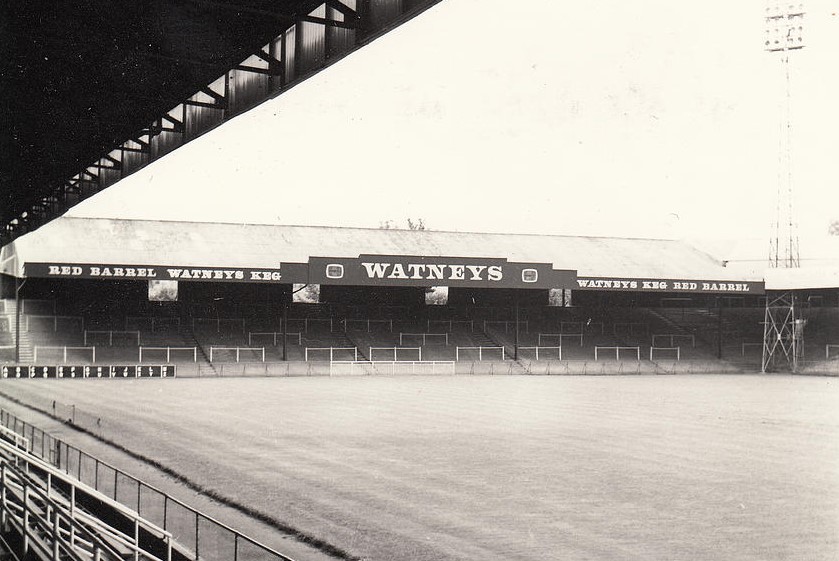 It’s pre-Christmas guest blog time and the return of a regular voice, Alex Bain, who takes us back to football in the 1950s and 1960s. He compares then to now and, I should warn you… it’s not pretty.

Having watched football since the late 1950s up to the present time, so much has changed and it’s not all for the good or the better.

I was once told rugby was played by gentlemen and football was played by hooligans. Just now I would change the footballing description to that of self-serving, money-dominated cheats rather than hooligans.

In today’s game, players get the best medical treatment, play on snooker table smooth pitches and get paid a King’s ransom. Even in the lower leagues, they are on a basic £30k a year so it’s not a bad life for them in so many ways.

A player recently couldn’t find a stylist in Manchester to do his hair so he paid for a limousine to collect the chosen one in London to be taken to his home for the haircut. That really is a case of having too much money. I cannot envisage the top players of the 1950s and 1960s doing that.

Today we are flooded on TV and other media with managers telling us what is wrong with the game and that it needs fixing, it’s simple. Stop being on TV and do the job you are paid to do, as in manage your team. Fix your own problems.

Sky TV have a tame retired referee who reviews all controversial weekend decisions but at no time has he proved a decision has been wrong but simply tells us why the referee came to that adjudication. BT and other media outlets have followed in this and on occasions their refereeing pundits will call out wrong decisions made, so is it that hard to be honest instead of toeing the referees’ union line and protecting your old friends?

It has been announced that neither the FA or the EPL will take action regarding a manager that inferred a referee had possibly only got one out of three key decisions right. Said manager appeared to confront the referee on the touchline during the game and got carded, then again at both half time and full time on the pitch and lastly in the tunnel. In any other job this would be called harassment and his last complaint was that the home club hadn’t supplied enough sanitiser for his hands for when he touched chairs or doors during the visit.

I always carry a small bottle of hand gel with me. It’s no problem to leave it in your matchday bag or even pop it in your pocket as I do.

Do referees have it hard or do they make it hard for themselves? That will be hard to fathom, as supporters we all think and have questioned their parenthood at times and like most people, they interpret the rules as they see them. No two referees will give exactly the same response to any given incident.

So are they hung out to dry by their appointed management, who possibly know which refs get abused more at one club than another, so why give them those particular games? Also if an official declares support for a hometown team then don’t give them a game against a local rival in which to officiate.

Schedules in the ’50s and ’60s were drawn up by a small team in Lytham St Anne’s [the old FA HQ] and common sense was applied wherever possible to the deployment of referees.

Evening games were allocated as locally as possible so no ref was forced to travel from one end of the country to the other,

Derby games were at Christmas or Bank Holidays, which also saved travel time and congestion both on roads and public transport.

We now have complete chaos looming for Norwich City fans with a recent midweek game in Newcastle and many more surely to follow.

With today’s technology, a computer can be programmed to make sure that the greater the distance, the more those games are for a Saturday or Sunday. Even the TV companies can’t moan at that, surely?

And for all those planning to attend a game in the near future, my take on conspiracy theories and covid is that I have a passport for all the vaccinations I have been given over the years due to working overseas with dates, times and expiry dates

As children there was no option at school muster: sleeve up, jab, sleeve down, back to class. Make no fuss.

We were told it was to help stop the spread of many life-threatening germs that can migrate either by touch, cough or sneezing in close proximity to others and that we are all responsible for our own and others’ health and safety.

Keep well and stay safe, everybody.