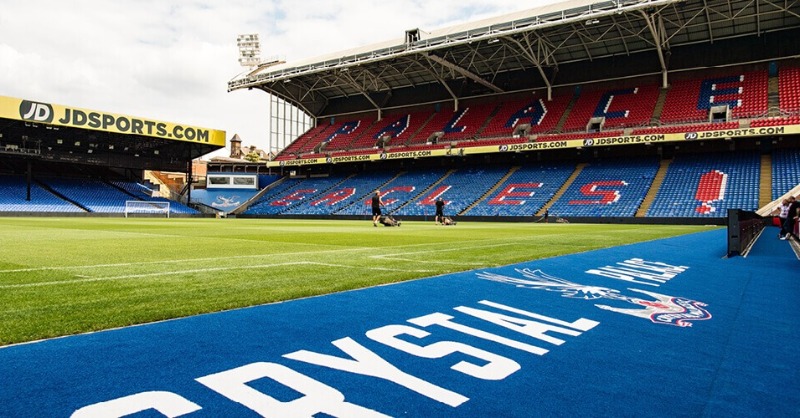 When the team sheet landed at 2 o’clock, it had the feel of a selection made from the last players standing.  6 changes from the rout on boxing day, no Teemu Pukki on the sheet, two goalkeepers and one sub short on the bench. I feared the worst.

For the opening minutes, City looked bright. Within 20 seconds, Pierre Lees-Melou had a half-chance with a shot from outside the area, Sam Byram won a corner and Adan Idah made a good chance on the right but his cut-back was to no one.

After 5 minutes, Palace made their first attack. Ayew down the right was challenged by Dimitris Giannoulis and the ball was out for a corner. City dealt with the first ball in but as it was returned, Kenny Mclean clashed with Will Hughes and referee Tierney pointed to the spot.  From the replay, Hughes made a lot of it – somehow sent tumbling by McLean’s static back leg. Eduardo made no mistake from the spot.

The effect on the City players was palpable. Clearly rocked, they spent the next 10 minutes struggling to get the ball into the Palace half.  In that time, Ben Gibson received a yellow card for a tackle no one watching on TV got to see, whilst Hughes smashed through the back of McLean yet received not even a ticking off.

City didn’t help their cause. Twice in two minutes they gave the ball away in simple situations, first Lees-Melou and then Gilmour meekly surrendering to the robust Palace midfield.

It took until 25 minutes for City to move forward. A brace of long balls from Gibson, the first falling victim to confusion between Placheta and Byram, the second well taken by Idah was played wide to Giannoulis, then Christos Tzolis before the young Greek was fouled.

The resulting free-kick was awful, Palace broke and Byram was forced into conceding a yellow card to prevent the breakaway.

Farce then broke out as the referee had communications issues.  Whilst he was having these fixed, Hughes was shifting the dead ball inexorably forward. Tierney had spotted it and moved him back – but only about half of the ground he had gained.

From the free-kick, City got the ball away to Idah in a wide position who won a corner for City. The first ball was cleared but only as far as Lees-Melou who played a great ball in to find Jacob Sorensen, unmarked at the back post.  The Dane dreadfully miss-hit his shot, with the goal gaping, and 22 seconds later, City were 2-0 down.

A move from back to front ended up wide on the Palace left. With Giannoulis chasing hard to make ground, the ball was cut back to Mateta who got to it in front of the City left-back to make it 2-0.

Five minutes later, it got worse. Palace got forward in numbers. The Canary defenders looked visibly afraid to commit to a tackle in the box – perhaps understandably given recent decisions given against them – and Schlupp lashed a shot across goal, giving Gunn no chance.

For a short period, City threatened a response. Placheta cut in from the right, found space for a shot but hit it straight at the Palace keeper. The same player then did well again, and Gilmour and Byram combined well before City won a corner.

Palace won the ball and again, within moments were on the edge of the City area, this time Giannoulis popped up in the right-back position to prevent the move going further. At half time, City left the pitch, visibly dispirited, to the background of boos from the travelling support.

The second half began with Brandon Williams replacing the luckless Giannoulis – the Greek appearing with his foot in a protective boot. Again, City started well with decent energy, but Palace had clearly stepped off the gas.

City huffed and puffed in the second half, looking more effective in all areas. Gilmour began to have an influence on the rhythm of the game whilst Placheta once again looked most likely to create a chance. When he is on the right though, he appears indecisive when in threatening areas – perhaps not helped by the lack of a target to aim at.

On 62 minutes, Gilmour fed Tzolis on the left, who had been largely anonymous, and his cross was met by Placheta. His rasping shot was well saved though.

Five minutes later, Tzolis was off, replaced by youngster Jonathon Rowe for his City debut.

City continued to create half-chances, Lees-Melou hitting a cracking volley that was deflected wide, but then should have done much better when the debutant Rowe cut the ball back to him.

On 79 minutes, Placheta make way for Josh Sargent in a final effort for City to find an elusive goal, but in the final minutes, it was more likely to come at the other end. Gunn finally had a save to make, a double effort with his legs.

In the final minutes, Lees-Melou played Idah in on goal. The Irish youngster was sent tumbling but nothing was given.

City looked like what they were. A patched up, makeshift side bereft of confidence. They had moments, yet conceded all too easily on the counter. There was effort, for sure. Idah at least offered a physical outlet up front, Byram played well overall and Giannoulis was unlucky to pick up an injury.

Gilmour showed what he could do if given time and space – precious commodities in the Premier League – yet on the other hand, Tzolis was on the periphery of the game whilst Lees-Melou struggled to make an impact when City were without the ball.

We were also treated to the comedic sight of Placheta and Gilmour marking the likes of Mateta at corners – a good foot taller and easily able to brush the two City lightweights aside.

Dean Smith has a problem. A big problem. The cupboard is bare – injuries, illness and Covid will deprive him of the ability to freshen the team up, yet he desperately needs to find a goal from somewhere. The cameo of young Rowe gives at least a little spark of light, but it will take way more than that for City to even hint of a win.