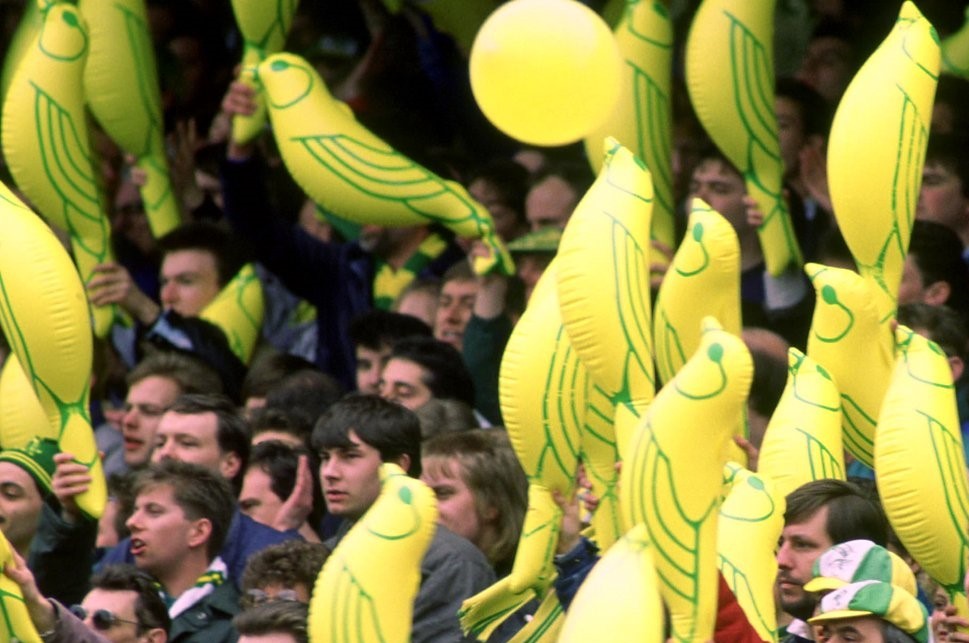 After a heavy old weekend on MFW, which attracted some great comments from you lovely readers on which were basically two different takes on the same thorny topic, I thought I’d endeavour to lighten the mood a little this morning by looking forward [if that’s the right turn of phrase] to our Third Round FA Cup tie against Charlton Athletic at the Valley on Sunday.

I have no conception of what type of side we will be able to field. It could be the last men standing, but as we would not have put out a full-strength team against the Addicks in any case I am not overly concerned about that and who knows, maybe the likes of Jonathans Rowe and Tomlinson or Tom Dickson-Peters might get a run-out. All three will almost certainly be on the bench and, if fit, I would expect to see Kieran Dowell and Bali Mumba start as well as Jacob Lungi Sorenson.

So as we prepare to take on new manager Johnnie Jackson’s South London outfit I will make a confession – I have only been to The Valley once in my life and that was in 1976 to see The Who supported by the Sensational Alex Harvey Band.

Me and my mate had to walk all the way home from Charlton to Chadwell Heath and that took us literally all night. But by any god you might believe in it was worth it as both bands were awesome. Allegedly it was the loudest concert ever in England. It sure felt like it.

Looking back I have few happy memories of Norwich City in the FA Cup but certainly a few sad and disappointing ones. I won’t dwell on the Everton semi-final, which we lost when Chippy Crook sliced a clearance onto his own bar at Villa Park and Pat Nevin tapped in the rebound. The slowly filtering news coming through from Hillsborough put everything into perspective. This was in the days of transistor radios so the enormity of the incident took a long time to assimilate.

I went to the Dell and sat on the wooden trestles as we ground out a 0-0 against the Saints in 1992. In the replay, we won 2-1 and Southampton were reduced to nine men after atrocious fouls from [of all people] Matt Le Tissier and more predictably Barry Horne. Chris Sutton’s scruffy extra-time winner was a thing of beauty to 90% of an inflamed Carrow Road crowd.

This victory led to one of the worst days of my City-supporting life and you know what’s coming. Yes, the semi-final against Sunderland.

Muggins drove Vince, Richard and Wayne and myself from Blofield to the match. We travelled home minus Vince’s flag and scarf which he gave to a Sunderland fan saying he’d never go away for Norwich again. To the best of my knowledge, he stuck to that principle although I haven’t seen him for a few years now so I can’t be sure.

We stopped at Newark KFC on the way home and an old boy in a Barbour [remember them?] and City scarf turned to me and asked: “What do you think of that then?”

I replied with “We were carp”.

He looked at me with steely eyes and said: “We weren’t that good”.

Since then nothing much really sticks with me except taking my son to watch us play Dagenham & Redbridge sometime around the turn of the millennium. We scraped a 1-0 thanks to Zema Abbey very late on, so at least Josh and I can say we saw Zema score at Carrow Road. There aren’t many of us in that position, of course.

I didn’t go to the Fourth Round match at Carrow Road against Luton in 2013. You remember that one when we became the first Premier League side to be knocked out of the FA Cup by a non-league outfit. I can’t remember why I didn’t go [probably work] but I am very glad that I didn’t.

We’ve had relatively recent good performances against Tottenham and Chelsea, which ultimately didn’t lead to anything although Daniel Farke always said he was a fan of cup competitions so maybe we were well up for it on those occasions.

This time around I’m not expecting very much at all in South London. Charlton are comfortably mid-table in League One so may very well field a very strong side because I bet they fully expect to turn us over.

The trouble for me is that I would not be at all surprised if they did.

I know I haven’t acknowledged the ’59-ers but that’s only because I spent most of that year learning to walk and use the potty properly – but I still have a couple of friends who remember those times with great affection.

Returning to the MFW ‘weekend of discontent’ I’ll leave you with this gem from a Red Top columnist yesterday. Make of it what you will.

“Norwich fans telling Billy Gilmour to *f*** off back to Chelsea*, be careful what you wish for.

“Lots of lovely folk support and work for the Canaries and you can understand the frustration around Carrow Road.

“But after this incident and yet another dismal effort at competing in the Premier League, few will shed a tear if [when] Norwich f*** off back to the Championship”.

There is footage of The Who at Charlton but it’s very poor quality so I’ll offer you this instead: